Researchers in the U.S. and abroad are reporting progress on eliminating Porcine Reproductive and Respiratory Syndrome (PRRS), an incurable pig disease that costs the American pork industry as much as $660 million per year. However, regulatory hurdles and consumer perceptions are slowing down the commercialization of a possible cure through gene editing.

Scientists at Kansas State University, the University of Missouri and in Europe are hoping to produce gene-edited pigs that will breed animals that are not susceptible to the virus, says Bob Rowland, professor of Diagnostic Medicine and Pathobiology at Kansas State, who notes it’s a global problem.

“In the history of infectious diseases, this virus has had the greatest impact of all of the diseases put together, in terms of pigs,” he said. “We’re solving a very large problem.”

Pigs infected with PRRS are safe to eat but the virus causes breathing problems, is often fatal to piglets and can cause pregnant sows to lose their unborn litters.

In order to genetically edit the pig to be resistant to PRRS, the researchers go into a host genome chromosome and cut out certain nucleic acids and then rejoin them. By doing so, the gene is inactivated. The method essentially just eliminates a “couple” of nucleic acids out of billions and makes the pigs resistant by eliminating a protein.

“In many respects it’s very unobtrusive, and it is what evolution does all the time," Rowland said. "Evolution is constantly taking our DNA and cutting it and rejoining it, and this is one of the mechanisms in which we gain natural resistance. You always hear about plants and animals having natural resistance – well, this technology, called CRISPR (Clustered Regulatory Interspersed Short Palindromic Repeats), just basically takes and accelerates evolution.” 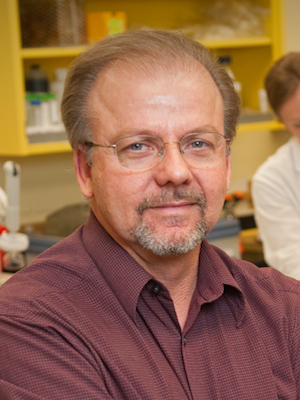 Rowland said the gene editing technique is advantageous because it doesn’t leave any foreign DNA behind. In some genetic modification techniques, foreign DNA has to be added to make a genetic change.

“The biggest challenge that I have faced isn’t the research itself, but it’s probably the public perception," he said. "People tell me that when doing this research, we are changing the pig, but we’re not. We’re making the pig healthy. If you have a healthy pig you have better pork, you have better bacon.”

Randall Prather, director of the National Swine Resource and Research Center at the University of Missouri, said the research has important implications, including economic benefits, animal welfare, sustainability and food security and security for farmers.

“I think one thing that often gets missed is that these farmers are family farmers, and if their herd gets sick, they sit around the kitchen table at night and wonder if they’re going to go bankrupt,” Prather said. “They wonder if they are going to be able to send their kids to college. And I think often that people think of agriculture and the incorporation of some of these technologies as some faceless corporation. Well it’s not, it’s people’s lives.”

He continued, “I think we have a responsibility to move forward with technologies like this that can address these important issues.”

Researchers in Scotland are also reporting progress in the fight against PRRS. According to a report in the Journal of Virology, a trial led by the University of Edinburgh’s Roslin Institute showed that their gene-edited pigs were completely immune to PRRS, which costs the European pig industry about $1.8 billion in pig deaths and decreased productivity each year.

The work was funded by Genus Plc, whose nine pedigree herds sire about 30 percent of the world’s commercially farmed pigs. Currently, the company is conducting further research ahead of plans to introduce the editing method commercially, starting in the U.S.

Dan Kovich, director of science and technology at the National Pork Producers Council, said NPPC supports the use of gene editing. But he says there are two big issues that must be addressed:

“The first is how it’s going to be regulated. The currently proposed regulatory framework that the FDA has advanced is basically going to kill this technology in animal agriculture,” Kovich said

FDA’s draft “Guidance #187” says all gene-edited animals whose genomes have been “altered intentionally” are considered to be drugs and thus subject to FDA oversight. Pork industry researchers argue that the gene-edited pigs are not genetically modified pigs because there is no foreign DNA introduced into each pig, but the FDA treats them as the same.

Producers are pushing for gene editing to be regulated under the USDA instead of the FDA, but the USDA released a statement in March addressing the regulation of gene editing, stating they do not have any plans to regulate methods of breeding in plants that aren’t “traditional breeding techniques.”

“The other (issue) is whether or not there will be consumer acceptance of this technology,” Kovich said. “Certainly this is very different from the way we looked at genetically modified organisms in the past. With this PRRS pig, for example, it’s just making small tweaks in the pig’s native genes. It’s not transgenic. We’re certainly hopeful that the public will appreciate the animal health and welfare benefits of this technology and be accepting of it.” 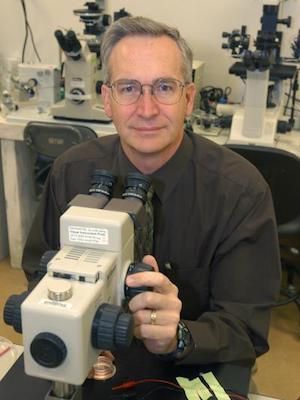 Christine Tait-Burkard, an assistant professor at the Roslin Institute, said there is a “slight holdup on regulation” in the U.S. and North America. She noted that the precedent for regulation on gene-edited animals is the AquAdvantage salmon in which genes from different salmon species were incorporated to allow the modified fish to grow faster and larger.

“The approval process for human consumption of the salmon took about 20 years. The salmon is currently being sold and consumed in Canada. However, in the U.S. there are still arguments going on about the labeling of the fish,” Tait-Burkard said.

Scientists point out, however, the salmon contains foreign genes, while the pigs do not. Thus, says Tait-Burkard, “there are initiatives to move the genome-edited animals to be regulated under the USDA’s jurisdiction,” Tait-Burkard said.

In Europe, genetically modified animals remain banned from the food chain. And Europe's highest court, the Court of Justice of the European Union, just ruled last week that organisms created by gene editing should fall under the same laws restricting the use of genetically modified organisms.

Meanwhile, officials from Britain-based Genus, which partnered with the University of Missouri to develop a PRRS-resistant animal through gene editing, are in discussions with FDA on creating a regulatory framework for getting approval for human consumption.

Emily Metz, director of corporate communications at Genus, says commercialization of the animals is still several years away. “That is not only because of FDA, but it is also because we want to make sure that as a company, we are using this technology responsibly, that we are doing our due diligence.”

Meanwhile, animal health companies are working on vaccines that would be administered so animals can develop immunity to PRRS. They include Elanco Animal Health, which received licensing approval from USDA in June for the swine vaccine Prevacent PRRS, Aptimmune Biologics, Boehringer Ingelheim Animal Health, and Zoetis.