China takes key step in unlocking rice trade with US

U.S. rice millers don’t normally allow visitors into their facilities. The plants must meet rigorous domestic and international sanitary and phytosanitary standards, so allowing people to trudge through is not usually permitted, but 10 operations in Texas, Arkansas, California and Louisiana made an exception last month for a visiting Chinese delegation.

In a virtual media blackout, the U.S. rice industry and the USDA hosted representatives of China’s newly formed State Market Regulatory Administration (SMRA) as they inspected the facilities to make sure they were suitable to provide Chinese consumers with the primary staple in just about every meal they eat.

It was – U.S. government and industry officials hope – the final major step in a process to open China’s massive market to U.S. rice that has so far taken more than a decade. Still, nothing is certain with China. U.S. farmers, millers and exporters won’t be satisfied until the first sales are made and Chinese citizens are dining on medium and long grain rice grown in U.S. fields.

The precarious nature of the deal, being forged now amid an escalating trade war as the U.S. and China continue to hurl new tariffs at each other’s goods, is why USDA officials hoped to keep the Chinese delegation’s visit out of the spotlight. A quiet resolution is what they are still hoping for, government and industry sources tell Agri-Pulse. The officials asked not to be named because of the sensitivity of the issue.

“It was a positive sign they carried out the inspections, and we are doing all we can to maintain momentum for our members and to lead the effort with USDA to open this market,” a rice industry official said.

The delegation’s visit to the 10 U.S. facilities (China had initially requested to visit 30, according to one U.S. official, but they agreed to streamline the trip) went smoothly with no obvious problems, but the final verdict from the visitors may not be known any time soon.

If the Chinese delegation sends back a positive report from its June visit, the U.S. could presumably begin exporting rice almost immediately.

It was about a year ago, in July of 2017, that China officially agreed to the sanitary and phytosanitary protocols needed to allow in U.S. rice. That happened during the first Comprehensive Economic Dialogue meeting between the two countries and the agreement was immediately hailed as a success.

“This is another great day for U.S. agriculture and, in particular, for our rice growers and millers, who can now look forward to gaining access to the Chinese market,” U.S. Agriculture Secretary Sonny Perdue said at the time. “This market represents an exceptional opportunity today, with enormous potential for growth in the future.” 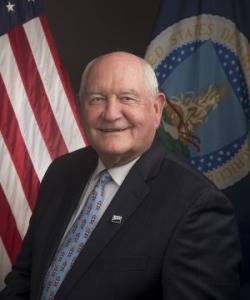 Alvaro Durand-Morat, an assistant professor and rice trade expert for the University of Arkansas, agrees.

China takes new steps in lifting US ag trade barriers
US rice waits its turn with China, while other commodities benefit

The U.S. exports about half the rice it produces, so farmers are highly dependent on trade, said Durand-Morat, who stressed that even a very small fraction of China’s market would be a major win for the U.S. rice sector.

China consumes about 144 million tons of rice every year and is the world’s largest rice producing and importing country.

“Any time you open that kind of opportunity, even a 1 percent share of that market would mean a lot for U.S. rice farmers,” Durand-Morat said.

And some of that market should be guaranteed, thanks to a pledge made by China when it joined the World Trade Organization in 2001. The country, as one condition for its acceptance into the WTO, agreed to buy at least 2.7 million tons of U.S. rice each year.

Ever since then the U.S. has been working with China to settle on protocols that would allow for that trade to take place, but there have been many delays and disappointments over the years as talks dragged on.

The rice industry and some USDA officials had initially expected China to send the inspection delegation over soon after the July protocol was signed, but months went by with no word from Beijing. Then earlier this year China sent a 10-page questionnaire to USDA’s Animal and Plant Health Inspection Service and demanded that it be completed by mills across the U.S.

This added months of delay, and months more may be in store because few in the industry or at USDA expect China to complete the process and open its market while a trade war rages between the two countries. The U.S. first hit China with tariffs on steel and aluminum, prompting retaliatory tariffs. Separately, the U.S. hit China with a second round of tariffs to punish it for intellectual property theft.

Part of the Chinese retaliation was a 25 percent tariff on U.S. rice, so even if China were to open up its market, new trade would be unlikely until the two countries settle their differences.