Sharp, sudden declines in soybeans and grain prices following Chinese retaliation against U.S. import tariffs is evoking comparison with the impact on commodity prices following the 1980 grain embargo against the former Soviet Union for its invasion of Afghanistan the previous year. Still, some differences are notable, according to economists who have studied the embargo.

“The whole market backdrop was different,” says J.B. Penn, who headed economic research at USDA in 1980. “We had surpluses, grain piling up in the street,” he notes. Soviet grain purchases had provided an important market for U.S. exports through much of the 1970s. When then-President Jimmy Carter imposed the embargo in January of 1980, “prices just tanked,” Penn says.

“The United States had a very different place in global supply chains in the late 1970s than we do today,” says Bob Young, retired American Farm Bureau Federation chief economist and former head of the Food and Agricultural Policy Research Institute (FAPRI) at the University of Missouri. “There are a lot more choices for customers now than existed then.”

A 1986 study of the embargo's effect, published by USDA's Economic Research Service (ERS) to fulfill a congressional mandate, concluded that it “ultimately had a relatively small impact on overall exports of grain, because grain exports are fungible,” says John E. Lee Jr., who supervised the study as ERS administrator at the time. In other words, “if Russia couldn't buy grain from us, they bought it from other exporters,” Lee says. “Then we sold our grain to customers of those other exporters.” 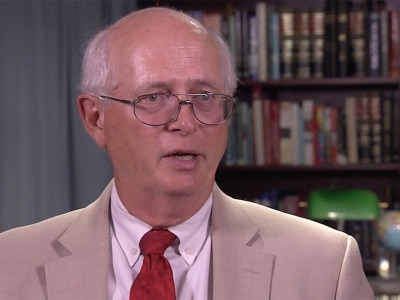 Alex McCalla, retired professor and former dean of agricultural and resources economics at the University of California-Davis, and head of the team that wrote the 1986 report for ERS, agrees that the embargo “had limited effect on Russia getting what they want.” In addition to buying feed grain from Argentina and other suppliers, the USSR also started importing meat, he points out. “It probably increased the cost to the Soviet Union but didn't make them go hungry.”

Although the embargo depressed grain and soybean prices in the short term, McCalla argues that it “probably helped U.S. farmers” in the medium term because the Carter administration took steps to compensate producers by raising price support loan rates and target prices and buying grain for government donation programs. USDA spent about $2.2 billion in 1980 dollars (about $16 billion in today's dollars) to compensate for disrupted sales.

Young and Penn agree that the USSR was mostly able to meet its feed requirements from non-U.S. exporters. There was an overall “shuffling of sources,” Young says. “I went around the world talking to grain buyers to find out whether the embargo was leaking,” Penn says. “There were all kinds of stories about diversion, the embargo leaking like crazy. The Soviets probably got all they needed.”

“I'm not convinced that's the potential today,” Young argues. “I think you could easily see customers establishing permanent relationships with new suppliers – Russia, Ukraine, Argentina, Australia, Brazil, eastern Europe, opening up new bread baskets in Africa – are but a few that come to mind and it's demand we just never get back. If you were China right now, would you be looking to the U.S. or establishing long-term relationships with South America? These are different times,” he contends.

Many of the same conclusions are expressed in a recent paper by Carl Zulauf of Ohio State and Jonathan Coppess, Nick Paulson and Gary Schnitkey of the University of Illinois. They also wonder whether the Carter embargo and export bans by former Presidents Nixon and Ford in the 1970s may have had more lasting long-term damage as importing countries “become more wary of food being used as a political or economic weapon.”

They also point out that “already high loan rates were raised for corn and wheat in the wake of the 1980 USSR grain embargo,” which had the effect of providing “an umbrella for the rest of the world to expand production” that remained in place until the 1985 farm bill substantially reduced loan rates.

Penn, who was undersecretary of agriculture for farm and foreign agriculture and now is senior adviser to the chairman of Deere & Co., sees uncertainty in the current trade policy atmosphere as a deterrent to investment. “With all these threats – NAFTA, the EU and China – if you were thinking about making an investment and create jobs, your attitude is now 'wait and see.' I'm hearing quite a bit of that. Producers are not likely to make a big investment in farm machinery until they have more certainty. They're not going to expand herds until they know. That's been a big effect.”

Zulauf and his colleagues concur. “In short, it is the long-term consequences of current U.S. trade policy for U.S. ag exports that bear watching and will likely be the most important ag trade story line coming out of the current trade war,” they write.

Lee said that economists at the Agriculture and Applied Economics Association (AAEA) meeting this month “were cautious about making precise estimates of the impact of recent tariffs. This is partly because no one would venture a guess as to how long the tariffs would be imposed.”