The International Wheat Genome Sequencing Consortium (IWGCS), a collaboration of more than 200 scientists from 20 countries, has published in the international journal Science a detailed description of the complete genome for Chinese bread wheat – a non-commercial variety of wheat.

The high-quality reference genome sequence, basically a genetic template for researchers, is the latest to be published for the world’s major food crops. The rice genome was published in 2005, followed by the maize and soybean genomes in 2009 and 2010, respectively.

The high-quality wheat genome allows both academic and commercial wheat breeders to more rapidly identify genes responsible for complex traits, such as yield, as well as genes responsible for quality and disease resistance, to produce more resilient wheat varieties and more commercially viable wheat seed for the benefit of both farmers and the world’s growing population.

Most wheat farmers only buy new seed every two to three years, a practice that results in a slight yield loss from year to year, says Doug Keesling, a Kansas wheat grower and producer of certified wheat seeds. In years like this one when the cost to produce wheat exceeds the value of the end product, one of the first places producers cut back on is buying seed, he adds. “Our goal is to increase the quality and quantity of wheat and then we will be able to afford to get certified seed every year,” Keesling says.

The prospect of higher-value seed through both conventional breeding and genome editing using the new genome is providing incentive to wheat breeders to pick up the pace of research.

“Historically, there has been no incentive for the industry to invest in wheat breeding,” says Kellye Eversole, an author on the Science article and executive director of the IWGSC. "Presumably this will change that, and seeds will be developed for disease resistance, yield, and quality traits.”

Because versions of the genome were published earlier, the impact of the wheat reference sequence is already being seen. The same day the complete genome was published, Aug. 16, six additional articles – one in Science, one in Science Advances, and four in Genome Biology – describing use of the resource were also published.

The article in Science Advances details work led by a team of Norwegian researchers to explore wheat allergens in the hope of making wheat-based food products more accessible to those who suffer from celiac disease, wheat allergy, baker’s asthma, and wheat-dependent exercise-induced anaphylaxis (WDEIA).

Cracking wheat’s genetic code was once thought nearly impossible due to its size. The newly published genome sequence – the complete DNA description of 21 chromosomes – is 16 gigabases in size, and scientists have pinpointed the precise location of 107,891 genes and more than 4 million molecular markers, according to IWGSC. 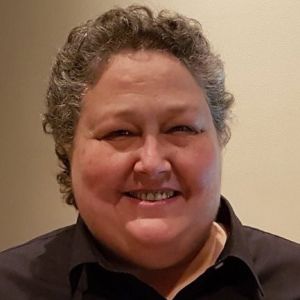 Over the next three years, Catherine Feuillet, chief scientific officer for Inari, a plant genetics firm based in Cambridge, Mass., and one of the Science article authors, expects dozens of wheat genes to be cloned. “Years ago, it took me 10 years to clone one gene, now (with this new knowledge) a student can clone one gene in two years.”

Cloning a gene provides knowledge, but translating that knowledge into the field is much more difficult, she says.

For example, wheat yield is a complex trait, with 50 genes likely responsible for increasing yield. Many of these genes would need to be modified to increase yield, Feuillet says, whereas typically only one gene is responsible for disease resistance. Using the new genome sequence in combination with traditional breeding will shorten the time it takes to develop a new seed variety from about 10 years to eight years, she says, but genome editing, which allows scientists to modify and knock out genes, will decrease development time even further.

Using genome editing, scientists can knock out a gene so it no longer works. Because this is successful in plants, Feuillet expects new disease-resistance seeds – including one for leaf rust – to be available within the next three to five years.

“Wheat’s genome sequence will be used for organic breeding, conventional breeding, and genetic modifications,” says Eversole. “The genome sequence is not dependent on genome editing.” While questions remain surrounding regulation of products resulting from genome editing, USDA recently said it will not regulate plants developed using these technologies.

Wheat is the staple food of more than a third of the world’s population, and it accounts for almost 20 percent of the total calories and protein consumed by humans worldwide, according to IWGSC. To meet world wheat demand for a projected population of 9.6 billion people by 2050, the group says wheat productivity needs to increase by 1.6 percent each year, and most of the increase will need to be achieved through improved yields and quality traits.