Americans are well aware that eating a healthy diet chock-full of fresh fruit and vegetables is one of the best ways to ward off obesity and other ailments, but researchers hope even grabbing a bag of innovative, new pretzels or candy could some day help prevent or treat disease.

Since 2000, researcher Yael Vodovotz has been creating and testing functional foods in her laboratory in Ohio State’s College of Food, Agricultural, and Environmental Sciences. In 2009, her team was approached by scientists from Ohio State's Comprehensive Cancer Center to create a superfood-based product that could meet the same level of standards as conventional drugs used in clinical trials.

While many of the beneficial products she and her collaborators have developed have completed various clinical trials—with promising results—she is finding that commercializing and marketing the products are more difficult.

Functional foods are those that have a potentially positive effect on health beyond basic nutrition, such as oatmeal’s ability to lower LDL, or bad, cholesterol, according to the Mayo Clinic. Among Vodovotz’s functional food products are high-protein, soy-based pretzels and bread, developed with the help of grants from the Ohio Soybean Council and the National Institutes of Health. 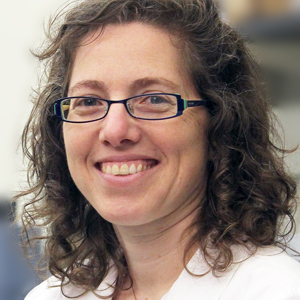 The most recent clinical trial for the bread, funded by the National Institutes of Health, showed an improved immunological response in men with asymptomatic prostate cancer. Here’s what Cancer Prevention Research said about the results:  “These data suggest that soy bread modulates systemic soluble and cellular biomarkers consistent with limiting inflammation and suppression of MDSCs,” or myeloid-derived suppressor cells, a type of immune cell.

“The bread went through a brief commercial phase but is not on the market now,” Vodovotz says. “We don’t want to go through the normal route of obtaining angel investors because they would be too focused on selling the product and making money from a business standpoint, so we have now formed a company, Foods for Purpose, and we are looking for a way to commercialize both the bread and the pretzels.”

Another trial that looked at the glycemic index of the pretzels showed that replacing 27.3 percent of the pretzels’ wheat flour with soy ingredients resulted in lower blood glucose shortly after eating the pretzels without impacting satiety (a sense of fullness) in healthy adults. The results, published in Food and Function, state: “The consumption of nutrient-poor snack foods in Western diets is thought to be contributing to the increasing prevalence of obesity and diabetes. Soy offers unique potential to provide high-quality protein, dietary fiber, and phytochemicals to snack foods to produce a more healthful nutritional profile.”

OSU researchers are also now working through data from a trial that looked at the impact of soy-based pretzels made with a variety of vegetable oil high in linoleic acid on post-menopausal, obese women. So far, the results show an improvement in metabolic syndrome issues, according to Vodovotz, who is also in the process of writing a study designed to look at the pretzels’ impact on post-exercise recovery.

Supported by grants from Ohio State's Center for Clinical and Translational Science (CCTS) and Food Innovation Center (FIC), the product that perhaps has been most successful is Vodovotz’s Black Raspberry Confection made with black raspberry powder.

“The candy went through a number of clinical trials for safety and compliance and we are still writing those up,” she says. The bar-type candy, which consists of fruit leather and fruit gummy covered with chocolate, is now being sold internally at five locations throughout the OSU campus.

“The packaging just says Black Raspberry Confections, but if it starts to be sold outside of OSU, it will also carry the new company’s name,” she says. “We are trying to get it to market.” To accomplish that, Foods for Purpose, founded in early 2017, is considering whether to look for a partner to help with marketing the product. “We don’t want to claim more than we can,” she says. “All we can claim is that it contains a lot of fruit and a lot of antioxidants.”

OSU researchers have published numerous papers on the potential benefits derived from eating black raspberries, including looking at their potential effects on esophageal tumors in rats  and oral cancer in hamsters, and the results have been promising.

Other new products Vodovotz is studying include a grapefruit confection geared toward helping those with metabolic syndrome, pre-biotic products formulated using various fiber sugars, and black raspberry and strawberry nectars, thick juice-like drinks popular in many regions of the world, including parts of Europe and North America. The nectars are now being tested in a trial with men with prostate cancer, and Vodovotz is in the process of writing a grant proposal so she can test the nectars’ effect on esophageal cancer.