Vertical farming: The promise, pitfalls and the role of pot

WASHINGTON, Oct. 4, 2017 - Vertical farming holds great promise, but it must overcome challenges – most notably the cost of energy – in order to feed the world’s growing population, attendees were told at the recent Association for Vertical Farming Summit on the campus of the University of the District of Columbia.

Sonny Ramaswamy, director of the National Institute of Food and Agriculture, said that when it comes to feeding the 9 billion-plus people estimated to occupy the earth in 2050, controlled-environment agriculture (CEA) “will be part of the toolkit,” including conventional, organic, livestock and urban agriculture systems.

Ramaswamy said that one of the chief advantages of CEA – broadly speaking, growing crops indoors, including using vertically stacked layers –  is its potential to harvest crops more frequently than open-field agricultural systems. Research he cited from Purdue University shows that CEA systems can produce 15 lettuce crops and six spinach crops in the time it takes to produce two in the field, and five tomato crops and four potato crops compared to one. 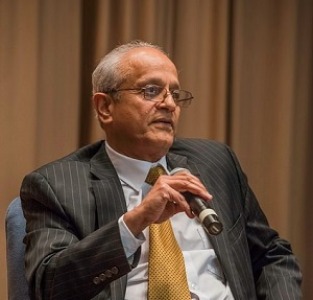 But Ramaswamy also said CEA systems, which have become proficient at growing leafy greens such as lettuce, arugula and basil, cannot currently fulfill the entire range of humans’ nutritional requirements. He spoke about the problem of “nutritional security,” a term he began using a few years ago instead of “food security.”

“Globally tonight, 800 million people are going to go to bed hungry,” he said. In the United States, “we still have almost 16 percent of our households that are food-insecure at some time in the year. That is about 50 million people.”

At the same time, the United States and other countries that have significant percentages of food-insecure populations are dealing with an obesity epidemic, with 1.3 billion people taking medication daily for cholesterol, diabetes or some type of metabolic disorder.

“In the U.S., we know that one of five people has to take those drugs to have some semblance of normalcy in their lives,” he said.

It will take an “all of the above” approach to address the issue of nutritional security, Ramaswamy said, pointedly disagreeing with Dickson Despommier, a prominent vertical farming advocate (and honorary member of AVF’s board) who predicted in 2009 that “if climate change and population growth progress at their current pace, in roughly 50 years farming as we know it will no longer exist.”

“I have to disagree with Professor Despommier,” an emeritus professor of microbiology and Public Health at Columbia University, Ramaswamy said. “It’s not going to ‘not exist.’” The future of agriculture will continue to be mostly “horizontal,” he said.

The most basic goal CEA must meet is one common to all businesses: making a profit. “With apologies to Bill Clinton,” whose successful 1992 run for the presidency used the mantra “It’s the economy, stupid,” Ramaswamy said, “It’s the market, stupid.”

“It really is about connecting the producer broadly with the consumer,” he said.

One opportunity will be the growing popularity of food delivery, said Sally Rockey, head of the Foundation for Food and Agriculture, which recently awarded a $1 million grant to vertical farming company Aero Farms to improve the nutritional quality of leafy greens.

“The estimates are that in the next 10 years, close to 30 percent (of food) will be purchased online,” Rockey said at the summit. “For controlled environments, this could be a real market opportunity because if you’re going to purchase vegetables, you want fresh vegetables and fresh fruits that are available quickly, this intersection between controlled environments production and online purchasing of food could be really, really vital. As this market grows, it’s a great opportunity for vertical farmers.” 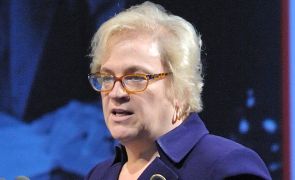 While indoor growers, including vertical farming operations, have been the beneficiary of huge investments recently – Silicon Valley startup Plenty just got a $200 million boost – CEA still represents a drop in the bucket compared to conventional ag. Figures from the last Census of Agriculture in 2012 show greenhouse production at a little over $2 billion in sales annually, compared to the overall $400 billion in sales for agriculture.

One “big, big challenge” in CEA will be energy, Ramaswamy said. Presenting figures that showed even the best LED lighting systems are only 40-50 percent efficient, Ramaswamy said, “We’ve got to have significant innovations,” he said, citing promising research at Purdue in the area of targeted LED lighting.

In fact, Williams said, if vertical farmers want to see technological advances in their sector, they should support reform of cannabis laws.

“We would not be able to give you the technology you need at the cost you need it if it was not for the cannabis industry fueling our growth,” he said.

Williams said the company’s work to help large-scale operations such as Shenandoah Growers in Virginia – which has increased production by 25 percent and efficiency by 50 percent – would not have been possible without the explosive growth of the cannabis industry.

Williams said cannabis legalization led to the collection of an estimated $559 million in state tax revenue this year, and the cannabis market as a whole is projected to be a $50 billion/year business in a decade.

Williams urged attendees to tell their state legislators to push for cannabis legalization. Twenty-nine states have legalized recreational or medical use – or both – which leaves 21 states without any cannabis legalization laws, though some are in the process of adopting them.

Another message: Make your voice heard in Congress. That came from Bob Van Heuvelen, founder of lobbying and consulting group VH Strategies in Washington, which runs the Agricultural Innovation Alliance and is pushing for the next farm bill to include language providing assistance to urban agriculture.

Both Van Heuvelen and Ramaswamy told the vertical farming advocates they need to engage on the issue of whether indoor growers can label their foods organic. At the next meeting of the National Organic Standards Board (Oct. 31-Nov. 2), that issue is expected to come up again.

“Some of your colleagues have applied for hydroponically produced foods to be designated as organic,” Ramaswamy said. “But the traditional organics community does not want to allow that,” arguing that only foods grown in soil can be designated organic.