The Democrats taking over House committees and subcommittees will push back hard against the Trump administration’s environmental policies and put a major focus on climate change, but ag groups will be looking for allies on trade and other key issues.

Numerous House committees, including the new Select Committee on the Climate Crisis, plan to hold hearings on climate change, although major legislation has little chance of becoming law in this Congress.

Among the most important new committee chairmen is Massachusetts' Richard Neal, the chairman of the House Ways and Means Committee, which would have to approve any new trade deals, including the U.S.-Mexico-Canada trade agreement (USMCA).

Neal is hard to pin down on trade policy, even on President Donald Trump's trade wars: "Getting the attention of our trading partners is very important. At the same time it's that fine line: Do, but don't overdo," Neal said.

Another new committee leader, who will lead a dramatic shift in his committee’s priorities is Arizona's Raul Grijalva, the new chairman of the House Natural Resources Committee.

Chair: Collin Peterson, D-Minn., knows the job well, having chaired the committee from 2007 to 2011, but he will have a lot of new Democratic members on the committee this year, many of whom are likely to have little or no background in agriculture. Peterson hasn’t said whether he will run again in 2020, but he has repeatedly emphasized his plans to devote a lot of energy over the next two years helping Democratic committee members get up to speed on ag policy. 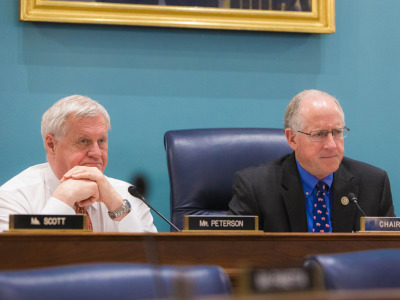 Peterson (left) and Conaway (right) will switch roles in the new Congress.

Ranking: For Mike Conaway, R-Texas, the pace will be noticeably slower than it was in the past two sessions of Congress, when as Ag chairman he had to write a new farm bill as well as legislation to preempt state GMO labeling laws. He also led for a time the House Intelligence Committee’s investigation of Russia’s involvement in the 2016 election.

Outlook: With the farm bill signed, Peterson plans to closely watch implementation of the law. He also has said that he expects to be under “pressure” to address the issue of climate change. He plans to give subcommittees more power than they had under Conaway’s leadership, but they may not have much to do beyond holding hearings. With the farm bill done, there is little in the way of significant legislation that the committee must pass in the next two years.

Ranking: Kay Granger, R-Texas, is the first woman to represent Texas in the U.S. House. She’s known for supporting a well-funded military and global conservation efforts to slow the sale of poached rhino horns terrorists would sell to fund their activities.

Outlook: GOP policy riders on important ag issues such as food, environmental and immigration policy will be very difficult to get out of the committee. Lowey was especially critical of Republicans for directing the Food and Drug Administration to undertake a consumer education program on agricultural biotechnology. Bishop will use his position to try to block the relocation of the Economic Research Service and the National Institute for Food and Agriculture.

Chair: Rep. Kathy Castor, D-Fla. serves the 14th District, which covers the Tampa Bay area. Castor is known for her climate change fight and calling out abuse of taxpayer dollars and ethics violations at the Environmental Protection Agency. She also supported water quality provision wins in the farm bill to address cleaning up toxic algae and red tide.

Ranking: To be determined.

Outlook: As the 116th Congress opened, House Speaker Nancy Pelosi called climate change “the existential threat of our time.” But the Climate Crisis panel won’t have the power to pass legislation incorporating the Green New Deal that liberals such as Rep. Alexandria Ocasio-Cortez, D-N.Y., are pushing for to reduce greenhouse gas emissions.

Oversees the EPA and FDA and is responsible for energy policy, including the Renewable Fuel Standard.

Chair: Frank Pallone, D-N.J. represents New Jersey’s Sixth District, along the eastern coast of the state. Regarding agriculture and the environment, Pallone continues to advocate for a safer food system and strengthening laws to keep air and water clean.

Ranking: Greg Walden, R-Ore. represents 20 counties in the central, southern, and eastern parts of the state. Walden is known for helping expand access to wireless broadband and reaching across the aisle to find natural resource solutions to improve fire-prone forests.

Outlook: Pallone will put a focus on climate change and plans to push back against EPA’s enforcement priorities under Acting Administrator Andrew Wheeler. Shortly after the election, Pallone announced plans to hold two days of climate hearings with the Science, Space and Technology Committee.

Any major changes to federal immigration law must go through this committee.

Chair: Representing one of New York’s wealthiest districts, Jerry Nadler, D-N.Y. is known for defending civil liberties and civil rights for the LGBT community, minorities, and women. He was harshly critical of the GOP agricultural labor bill the committee approved in 2017. His dad was a struggling chicken farmer who railed against Republican ag policy during the Eisenhower administration.

Ranking: Representing northeast Georgia, Republican Doug Collins knows agriculture. His state leads the nation in broiler production, and his district leads the state in cattle and poultry production. Collins has been an advocate for overturning the Waters of the U.S. rule and has proposed laws to reform the Endangered Species Act.

Outlook: So far, the prospects for compromise on immigration reform aren’t good. Nadler’s comments on immigration policy have been focused on investigating the administration’s separation of families who entered the U.S. illegally. 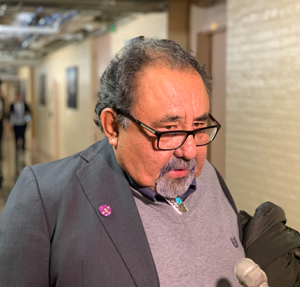 Provides jurisdiction over the Interior Department and the Endangered Species Act.

Chair: Raul Grijalva, D-Ariz., is the son of a Mexican immigrant who came to the U.S. as a farmworker. Grijalva, whose district runs along the U.S.-Mexico border, has been a strong supporter of the ESA and is one of the most outspoken defenders in Congress of protecting wildlife, national parks, public lands and enforcing strong oil and gas regulations.

Ranking: When Rob Bishop, R-Utah, chaired the committee, he was an outspoken critic of the ESA and made it a priority to move legislation to roll back the law’s requirements, but he repeatedly ran into roadblocks in the Senate.

Outlook: Grijalva will shift the committee significantly to the left. Grijalva’s early priorities will include investigating the Interior Department’s public lands management. The department has taken the “multi-use concept of our public lands and made it a one-use concept, extraction,” he said. The committee also will hold hearings on climate change with an eye toward public lands “being a great adaptive tool.”

Working closely with the party leadership, the committee’s majority crafts the rules that govern debate and decides whether amendments will be considered on the floor and if so, which ones.

Chair: Jim McGovern, D-Mass., is a fierce opponent of Republican welfare reform efforts, and in particular Conaway’s effort to tighten work requirements for SNAP recipients. One of his first acts as chairman was to include a provision in the House rules package that authorizes Speaker Nancy Pelosi to file a legal challenge against reforms being pursued administratively by USDA.

Ranking: Tom Cole, R-Okla., is an affable, knowledgeable veteran lawmaker who is close to the GOP leadership and a go-to source for reporters on strategy and budget matters.

Outlook: Normally, Rules stays out of policy issues. But the last Democratic chair, the late Louise Slaughter, D-N.Y., once held a hearing on antibiotics in agriculture. And McGovern hasn’t ruled out holding hearings on SNAP.

This is one of Congress’ most powerful committees, having jurisdiction over taxes, health care, Social Security, Medicare, international trade and welfare.

Ranking: Kevin Brady, R-Texas, is a former business executive from the Houston area who took over as chairman of Ways and Means when Paul Ryan became House speaker in 2015. Brady's biggest achievement by far was the Tax Cuts and Jobs Act in 2017, and he'll have to defend it in the new Congress.

Outlook: Two issues vital to agriculture — the renegotiated U.S.-Mexico-Canada (USMCA) trade agreement and the lapsed biofuel tax breaks — will be high on Neal’s to-do list. Neal hasn’t provided a timetable for taking up the USMCA, because it hasn’t been submitted to Congress, but he’s invited U.S. Trade Representative Bob Lighthizer to testify on the agreement.

Neal says he hasn’t decided whether to consider the expired tax measures, or extenders, as a separate bill or as part of a larger measure. They include the $1-per-gallon credit for biodiesel as well as incentives for blender pumps and next-generation biofuels.