Negotiations between the U.S. and China resumed this week after Presidents Donald Trump and Xi Jinping agreed last month to try again to end their trade war, and California’s wine makers are hoping a resolution can salvage years of work to turn the Chinese into faithful customers.

U.S. Trade Representative Robert Lighthizer and Treasury Secretary Steven Mnuchin spoke Tuesday on a teleconference with Chinese Vice Premier Liu He and Minister Zhong Shan in an effort to resolve “the outstanding trade disputes between the” two countries, a U.S. government official told Agri-Pulse. No details of the talks were given, but the official stressed that “both sides will continue these talks as appropriate.”

California’s vintners have been working for more than a decade with Chinese retailers and consumers to build a taste for Pinot Noir, Cabernet Sauvignon and Chardonnay from Napa, Sonoma and elsewhere in the Golden State, according to a spokeswoman for the Wine Institute. The costly efforts have been wildly successful, helping to triple U.S. exports over the past decade, but all of that forward momentum came to a halt last year when the trade war began.

California wine accounts for about 85% of all U.S. wine production and about 95% of its exports, making producers in that state some of the biggest casualties in the trade war.

“While we are very proud to say that over the last 10 years our exports have gone up (by more than) 60% … unfortunately the trend has been down these last couple years,” said Tim Schmelzer, vice president for California state relations of the Wine Institute, who blames most of the downturn on the U.S.-China trade war. “This last year in 2018 the value of wine exports went down 4.6%, and a lot of that has to do with the trade war.”

A look at the retaliatory tariffs that China has heaped on U.S. wine over the past year makes it easy to see what California producers are up against.

A little over a month ago, China raised its tariffs on $60 billion worth of U.S. goods in the latest escalation of the trade war, and California wine was one of the commodities hit especially hard. China increased wine tariffs by 15% on June 1, the third time the rates have been increased in a little over a year. When all of the taxes and tariffs are put together, the effective, compound rate is 93%, according to the Institute’s calculations.

“This is the third Chinese tariff increase on U.S. wine in the past 14 months, and with each additional round, it becomes more and more difficult to compete in the fastest-growing wine market in the world,” Wine Institute President and CEO Robert Koch said in a recent statement. "It is imperative to resolve this dispute as soon as possible, so that our wineries do not suffer long-term market loss.” 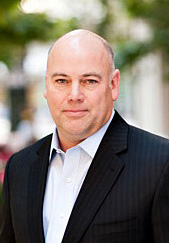 In 2008 the U.S. exported only about $20 million worth of wine to China, but that was just as the California industry was beginning to ramp up its efforts to introduce and hook Chinese customers on their product. In 2018, U.S. exports to China were worth about $60 million, despite the ongoing trade war, which has not stopped the Wine Institute’s marketing efforts.

“We have a full campaign of promotional and educational events in China and we’re going to continue that,” said an Institute spokesperson. “California has a very positive image in China. They like the … whole vibe.”

But good vibes may not be enough to salvage all the market expansion work that producers have done for the past decade as tariffs continue to rise.

“It’s ugly,” Schmelzer said, summing up the situation during a June 28 hearing held by the California State Assembly. “It’s going from bad to worse. A year and a half ago the tariffs on California wine going into China were 15%. Beginning in June this year, they were at 93%.” 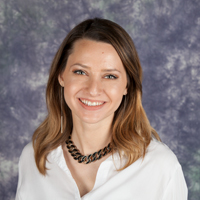 Wine producers in New Zealand and Australia are stepping in and providing what California producers cannot because of the tariffs, Neagu-Reed said.

“They’re being squeezed out of the China market,” she said. “We did all of that heavy lifting and now the market is being taken away from us.”

While the loss of the current Chinese market is painful, it’s the loss in market development after so many years of expansion that has people like Schmelzer concerned the most. That’s because he and others can imagine the Chinese market continuing to grow to massive levels. Right now, China is only the fifth largest market for California wine exports, behind the European Union, Canada, Hong Kong (which actually passes along much of the wine it imports to China to avoid tariffs) and Japan. But China’s consumption is growing fast, and producers here can imagine sales growing even faster over the next 10 years.

“There’s so much potential there and we’ve laid so much groundwork and to have the rug taken out from under us … in this trade war is a terrible shame,” Schmelzer said. “It really hurts the potential for California wine exports.”