All three of the federal agencies charged with regulating bioengineered plants and animals are looking at ways of streamlining regulations and smoothing the path to commercialization for gene-edited traits.

The Agriculture Department is the furthest along in the process. A proposed rule issued in June to rewrite regulations for biotech crop traits would exempt modified plants form regulation if they could be produced through conventional breeding techniques. The public comment period on the proposal ends Aug. 6, but the department is under pressure to allow for additional time. The proposed rule replaces an Obama-era proposal the industry considered too onerous.

Fan-Li Chou, biology coordinator in USDA’s Office of Pest Management Policy, said at a Farm Foundation forum on Tuesday that the department should be on track to finalize the regulatory changes in mid-2020.

The Food and Drug Administration and Environmental Protection Agency also are considering updating guidances and regulations, but it’s less clear when they will finalize the changes they are considering.

FDA, which oversees the safety of bioengineered animals, has not backed off its insistence on regulating them under its animal drug authority, a process that many in the industry feel is discouraging the development of livestock with improved traits.

However, the agency plans to revise some draft guidance originally released in the waning days of the Obama administration in early 2017. FDA wants to further streamline the review process, eliminate confusing jargon and address some concerns that have raised with the agency, said Laura Epstein, a senior policy adviser in FDA’s Center for Veterinary Medicine. The agency is seeking to clarify the risk-based approach it is taking to regulating animals, she said. 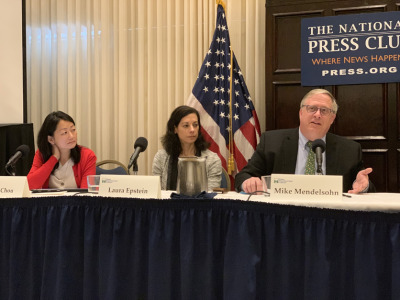 An action plan released by FDA last October called for releasing the new draft guidance some time in 2019.

“I feel like we really want to do this right and be able to do some outreach, get outside the Beltway and talk to people, and that type of thing does take time,” she said.

One issue being addressed is FDA’s request for data on multiple generations of animals. “If you’re talking about cattle or swine it might be more difficult. We are going to try to be flexible in our data requirements but otherwise find ways to meet the safety and effectiveness standards,” she said.

EPA, which regulates biotech plants that produce their own pesticides, such as corn and cotton plants that are toxic to insect pests, is taking a two-track approach to making its review process more efficient.

The agency plans to rewrite its regulations as USDA is doing, to ease regulations for products considered low risk. But that’s a slow process by design because it requires developing a proposed rule and fielding and addressing public comments before putting it into final form.

So, EPA in the meantime is considering a faster review process for a “limited set” of pest-resistant crop traits, known as plant-incorporated protectants, or PIPs, that are developed through gene editing, according to Mike Mendelsohn, chief of EPA’s Emerging Technology Branch in the EPA’s Biopesticides and Pollution Prevention Division, part of the agency’s Office of Pesticide Programs.

All he would say about timing is that the agency would have more information to release “in the coming months.”

All of the agencies are under pressure from the White House to reduce barriers to the development and commercialization of biotech plants and animals. An executive order released by the White House in June gave the agencies six months to “identify relevant regulations and guidance documents” that can be made more efficient and then “take the steps appropriate and necessary to accomplish such streamlining.”

The agencies also were told to “use existing statutory authority, as appropriate, to exempt low-risk products of agricultural biotechnology from undue regulation.” The executive order also has deadlines for agencies to develop plans for outreach to U.S. consumers and international trading partners.

Grain companies continue to be concerned that exports could be disrupted if other countries reject shipments that contain gene-edited products. The National Grain and Feed Association is among the groups asking USDA to extend the comment period on the proposed revisions to its Part 340 biotech regulations.

USDA’s revisions would allow companies to decide on their own whether their crop modifications would be subject to USDA regulation, and NGFA worries that could create problems for exports if the companies aren’t required to disclose such products when they are put on the market.

“Our members just want to be able to move what a farmer grows and sell it on a world market. I think that’s what the farmer wants,” said Bobby Frederick, NGFA’s director of legislative affairs and public policy. “We need the tools (new crop traits), but we absolutely need the markets.”

USDA estimates the proposed rule would save developers an average of $3.6 million in compliance costs on a single genetically engineered plant, so long as the trait doesn’t fall under the purview of FDA or EPA as well. If either or both of those agencies have an oversight role, the savings would average just $730,000.