Former House Ag Committee Chair Mike Conaway will announce today he doesn't plan to run for a ninth term representing his west Texas district. Conaway, who is currently the ranking Republican on the committee, assumed chairmanship in 2015, when he began hearings that would lead to the crafting of the 2018 farm bill.

Rep. Rob Bishop, R-Utah, announced he will not seek another reelection and will retire from serving Utah’s 1st District. He was first elected in the House in 2003 and prior to that served 16 years in Utah’s state legislature. He recently chaired the House Natural Resources Committee before switching to the committee's ranking member after the 2018 midterm elections.

The National Grocers Association (NGA) appointed Greg Ferrara to serve as the new president and CEO, effective Sept. 1. Ferrara first came to NGA in 2005, and most recently served as its executive vice president. Ferrara succeeds Peter Larkin, who announced his retirement in the fall of 2018. Larkin will remain an adviser through the end of the year. 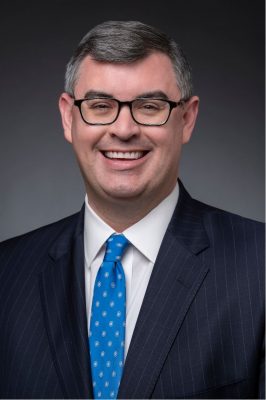 The Grocery Manufacturers Association hired Bryan Zumwalt as the new executive vice president of public affairs and Stacy Papadopoulos as the new general counsel and senior vice president of operations and special initiatives. Zumwalt previously served as the vice president of federal affairs for the American Chemistry Council. He will now lead all advocacy activities for the organization, including government relations, communications, research and ally development. Papadopoulos previously served as general counsel and interim CEO of the American Gaming Association.

Eric Beringause has been tapped to serve as the president and CEO of Dean Foods. He succeeds Ralph Scozzafava, who had been president and CEO since January 2017. Beringause brings over 30 years of experience in the food industry, most recently serving as the CEO of Gehl Foods. He has also held positions with Gerber Infant and Baby Products and Nestle Inc.

Sipcam Agro has tapped John Gertz to serve as the new CEO for its North American business for the Italian company Sipcam Oxon Group. Gertz brings over 25 years of experience in the sales, marketing, post-patent, and distribution side of the industry. 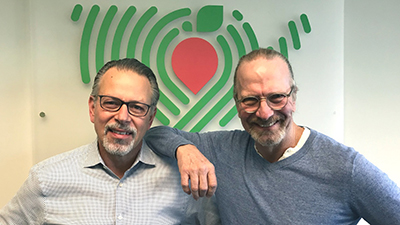 Dustin Baker has left the Beltway to head back to the Midwest and work for Commodity and Ingredient Hedging in Chicago as the new education and market research manager. Baker previously served as the manager of economics and domestic production at the National Pork Producers Council. NPPC is currently searching for a new hire to succeed Baker.

The National Potato Council (NPC) promoted Hollee Alexander to the position of vice president of industry relations and events. Alexander has been on the NPC staff for 17 years. NPC also promoted Hillary Hutchins to the role of director of member outreach and programs. She has been with NPC for four years.

Megan Salrin was promoted to legislative assistant from staff assistant for Rep. Pete Visclosky, D-Ind. She covers the portfolio for agriculture, labor, trade, and budget.

Ben Goldeen has been promoted to legislative director for Rep. Jim Costa, D-Calif., previously serving as senior policy adviser. Goldeen has the portfolio for agriculture and food, appropriations, and trade.

Alex Morris is the new legislative assistant for Rep. Peter Welch, D-Vt. Morris was promoted from legislative aide and covers the portfolio for animals, transportation, public works, and immigration.

Tammy Zapata is the new staff assistant for Rep. Cheri Bustos, D-Ill. She previously served as the special assistant to the chair on the Democratic Congressional Campaign Committee. Prior to that, Zapata was an intern for Bustos.

Nelson Park is the new staff assistant for Rep. Gary Palmer, R-Ala. Park previously was an intern for Palmer, but most recently served as a development, donor relations intern for the Heritage Foundation.

Jordan Stone has left the Senate Appropriations Subcommittee of Transportation, Housing and Urban Development and Related Agencies where he served as a professional staff member. He has moved to the Association of American Railroads where he will serve as the assistant vice president for government affairs.

The White House honored seven USDA scientists and engineers with the Presidential Early Career Award for Scientists and Engineers (PECASE). The PECASE is the highest honor bestowed by the United States government to outstanding scientists and engineers who are beginning their research careers and who show exceptional promise for leadership in science and technology. Among the USDA scientist and researchers receiving the award include: Agricultural Research Service: Heather Allen at the National Animal Disease Center in Ames, Iowa; Jo Anne Crouch at the Beltsville Agricultural Research Center in Beltsville, Md.; and Sara Lupton, at the Edward T. Schafer Agricultural Research Center in Fargo, N.D. Forest Service: Sean Parks, Rocky Mountain Research Station in Missoula, Mont.; and David Bell, Pacific Northwest Research Station in Corvallis, Ore. National Institute of Food and Agriculture (grantees): Megan O’Rourke, Virginia Tech University, Blacksburg, Va.; and Jennifer Kao-Kniffin, Cornell University, Ithaca, N.Y. To read more about each researcher and the work they are doing click here.

Jay Vroom has been elected to serve as Farm Journal’s new chairman of the board of advisers for the “Trust in Food” initiative and America’s Conservation Agriculture Movement programs. Vroom previously served as the president and CEO of CropLife America.

The Agriculture Future of America (AFA) welcomes four new board of directors and two new employees to the team. The individuals added to the board of directors include: Teddy Bekele, Land O’Lakes, Inc.; Abe Hughes, Trimble Inc.; Shelly Phalen, Smithfield Foods; and Joel Mathiowetz, Mathiowetz Family Farms. Recently retiring from the board are Kevin Eye, Land O’Lakes, Inc., and Pete Goetzman, Archer Daniels Midland Company. The two new individuals joining the AFA team are Betsy Smith, serving as the new manager of AFA’s scholarship program, and Emily Schuckenbrock, hired on to manage the program design and execution for AFA’s collegiate programs. Both are recent graduates of the University of Missouri-Columbia and alumni of AFA’s collegiate leader development. 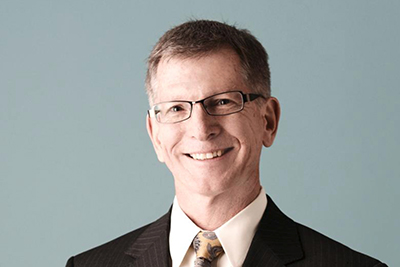 The World Food Prize Foundation has hired Meghan Walters as a special assistant to the president. She will be responsible for planning and arranging Ambassador Kenneth Quinn’s international travel agenda and domestic speaking engagements. Walters began her association with the World Food Prize Foundation in the fall of 2015 as a George Washington Carver collegiate intern. Walters replaces Abby Johnson who left the organization in February 2019.

CHS announced Tim Skidmore, current executive vice president and CFO, is retiring effective December 31. Skidmore has been in that role since 2013. CHS is currently in the process of searching for a successor.

Founder of Daybreak Foods, Robert Rehm, passed away July 24, at the age of 83. Rehm earned his degree in marketing from the University of Wisconsin, Madison in 1958, and in 1965, he began the company now known as Daybreak Foods. Rehm worked for Northwestern Mutual prior to starting Daybreak and joining his father and brothers in the family egg business.