Republican Assemblymember Heath Flora’s family has been involved in California agriculture since his ancestors homesteaded in Modesto in the 1920s.

Coming from ag into the legislature in 2016, the experience was “mind-numbing” with how little representation ag had compared to other industries, he said.

Flora had spent 15 years as a volunteer firefighter and still owns a farm equipment supply company. His District 12 represents San Joaquin and Stanislaus Counties, an agricultural region at the center of California’s largest water conveyance projects.

Flora recently spoke with Agri-Pulse about the policy battle behind the state’s ag equipment upgrade program, the threat of the gig economy bill being passed and the regulation load farmers struggle under.

1. Describe the challenges you have in representing a rural community in a legislature dominated by urban lawmakers.

Obviously, water is a huge fight for us. A lot of the water comes from my district and a few districts north of me. The ag community is constantly fighting with lifetime water rights that families have had for generations, hanging on to those to make sure they have enough to grow their crops.

A lot of the Bay Area and the southern part of the state just simply have no concept of what that actually means. It gets even further into the pesticide usage and greenhouse gas production – whether it's livestock or trees and how those are marrying together and the actual data behind that and understanding that. Actually, our California agriculture, if it stays the same, is a tremendous benefit to dealing with some of these issues, as opposed to it being a gross polluter, like we're typically framed in.

Education is one of the biggest hurdles that we have. It’s about getting legislators and staff out to farms. It's really easy to have a narrative in the Bay Area of what you perceive to be important. When you go see it in real life, you have a very different perspective. There are assemblymembers like Jim Cooper (D-Elk Grove) and Blanca Rubio (D-Baldwin Park), and some of those folks that love these ag tours. Jim comes from an ag region, but Blanca is from L.A. It's not in her wheelhouse. She's been so supportive in a lot of ways.

2. You were outspoken on the bill blocking the Cadiz water project, calling it “bureaucratic red tape designed to slow projects down that particular special interests do not like.”

That was probably one of the more frustrating pieces of legislation that we've seen, quite frankly, and it really irritated me on a lot of different fronts.

First of all, we have a water source in the southern part of the state. We've tried to tap into it for years now. It's just one time after another. They move the goalpost because there's a group of very powerful environmental lobbyists who don't want it. We have federal senators that hate the bill and are actively trying to kill it. They lean on their people.

CEQA (California Environmental Quality Act) is one of those things that we’ve talked about a lot in (the Natural Resources Committee). I'm not necessarily saying CEQA is all bad. But it's absolutely abused. For very little money, any citizen or group can file a lawsuit and just absolutely hold us hostage.

The governor has been on a statewide water fix. That's been one of his pillars for his next few years. We totally support that. We can't have a statewide water fix if it's on the backs of Northern California. When all of these projects that are viable in the southern part of the state get killed by environmental groups, it really hurts us. If its 50,000 barrels of water down there, that's 50,000 barrels less.

All of these things have to be put on the table. We can't allow special interest groups to kill them for their own personal agenda.

3. What are some of the concerns the agriculture community in your district has brought to you?

It's the constant barrage of new regulations we drop on top of businesses, and especially the ag world.

A few years ago, it was ag overtime. Now it’s minimum wage. It's very hard for the business community to stay out of trouble.

Then you have a group of attorneys just waiting to exploit them when they make a mistake. We're seeing that a lot right now in the Central Valley. Whether it's as simple as a paystub violation, there's 13 things on the law that are required on a pay stub. If any one of those things aren't on there, that's a sue 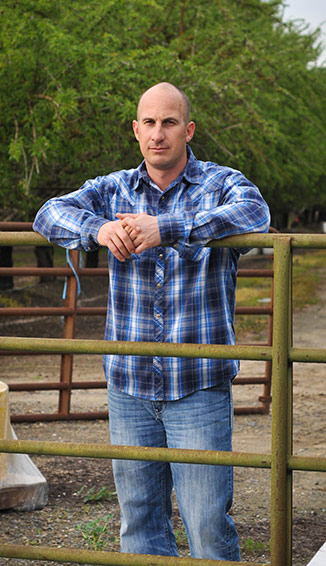 able offense. Old ADA attorneys are now suing businesses for these paystub violations. The business owners are not trying to exploit anyone. It's not wage theft by any means. It's just that they screwed up the employee ID number or the last four of the social and they get sued for it.

4. During a hearing earlier this year, you mentioned farmers are willing to upgrade tractors to meet air quality requirements but need incentives. The state program for this had its funding cut last month.

The governor's office had been pretty good to work with on this. We're not quite back to where we need to be (for the funding). But it certainly has not fallen on deaf ears.

The tractor replacement program was incredibly beneficial for our region. The California Air Resources Board set a goal where they want to take by 2025 another 12,000 of these dirty, polluting tractors out of the system. To do that, we needed funding and they had about $250 million a year to reach their goals. The staff proposed and the board adopted this plan. But this got very political. There were some things that were done politically that ticked a lot of dem leadership off. And the ag community got absolutely hammered

It didn't start out all roses. It started in about 2008 and farmers didn't buy into it at all. They didn't want any handouts. The paperwork was clunky; it just didn't flow right.

It gets very frustrating for me that we allow politics to kill good policy.

5. What are your thoughts on the legislative session this year?

I will say AB 5. The Dynamex situation with independent contractors is probably the biggest hurdle we have right now. It's going to take the governor to intervene. If that goes through as it's currently written, it'll be an absolute game changer, not only for agriculture, but for the entire state of California

Our fights were in the budget. For the ag community, there hasn't been a ton of bills come through there this year in a weird way.

6. What would you say to farmers who are concerned their voice isn’t being heard in Sacramento?

It is a concern. We need to be engaged. Every day, a particular labor group is in this building, walking the hallways, pushing their agenda. Ag doesn't do that.

They're at home working and it's hard for them to get up here and do this. But we need that engagement right now.

If I am constantly the squeaky wheel and I kick a door down on whatever policy discussion it may be and there's nobody behind me, I'm just taking arrows for nothing.

I'm happy to do that. But we can educate the groups that we treat our people well, we pay them properly, we take care of their healthcare – which was 99.9% of the ag community out there. We have to control that narrative, and we can't if we're on the sidelines.

If political action is not part of your business plan, then we're all going to be in really big trouble. Otherwise, if we're not controlling our narrative, they'll control it for us, and they're probably going to be wrong.