The U.S. rice sector has been losing business because of Turkish retaliatory tariffs – a response to U.S. steel and aluminum import taxes – but U.S. producers are taking a novel step to try to reverse the losses.

Using funds from the USA Rice Federation and USDA’s Foreign Agricultural Service, Turkish grain traders were flown to California, given tours through U.S. rice fields and educated on the benefits of buying from U.S. producers.

"Turkey has been a difficult market over the past two years," said Sarah Moran, a vice president for USA Rice. Although the tariffs were reduced to 25% in August, “these measures still limit U.S. rice sales to this market,” she said.

DPR on track for new neonics regulations in 2020

The Department of Pesticide Regulations is working on adopting new mitigation measures on four neonicotinoids by July 2020, according to a report released Wednesday.

Following a reevaluation of the pesticides, DPR issued a risk determination in 2018, triggering a two-year deadline for it to adopt new regulations. That determination was based on bee toxicity and residue studies in pollen, nectar and leaves from specific agricultural orchard and row crops.

The report notes that U.S. EPA took a different approach to its studies and is expected to issue its final risk assessments on the neonics before 2020.

In 2012, registrants had agreed to pull products for two of the pesticides from use on almond orchards.

Reevaluating second-generation anticoagulant rodenticides (SGARs) is also on DPR’s schedule. The department received more than 17,000 comments on the issue before making the decision in March. An investigation had found that previous mitigation measures had not decreased rates of exposure to other wildlife. The issue has had a large amount of visibility following several deaths of endangered mountain lions in Southern California tied to SGARs.

Remember: The bill proposing a statewide ban on SGARs passed several committees this year. With a number of trade groups opposing the measure, including pharmaceutical companies, the author pulled the bill in August, promising to resurrect it in 2020. 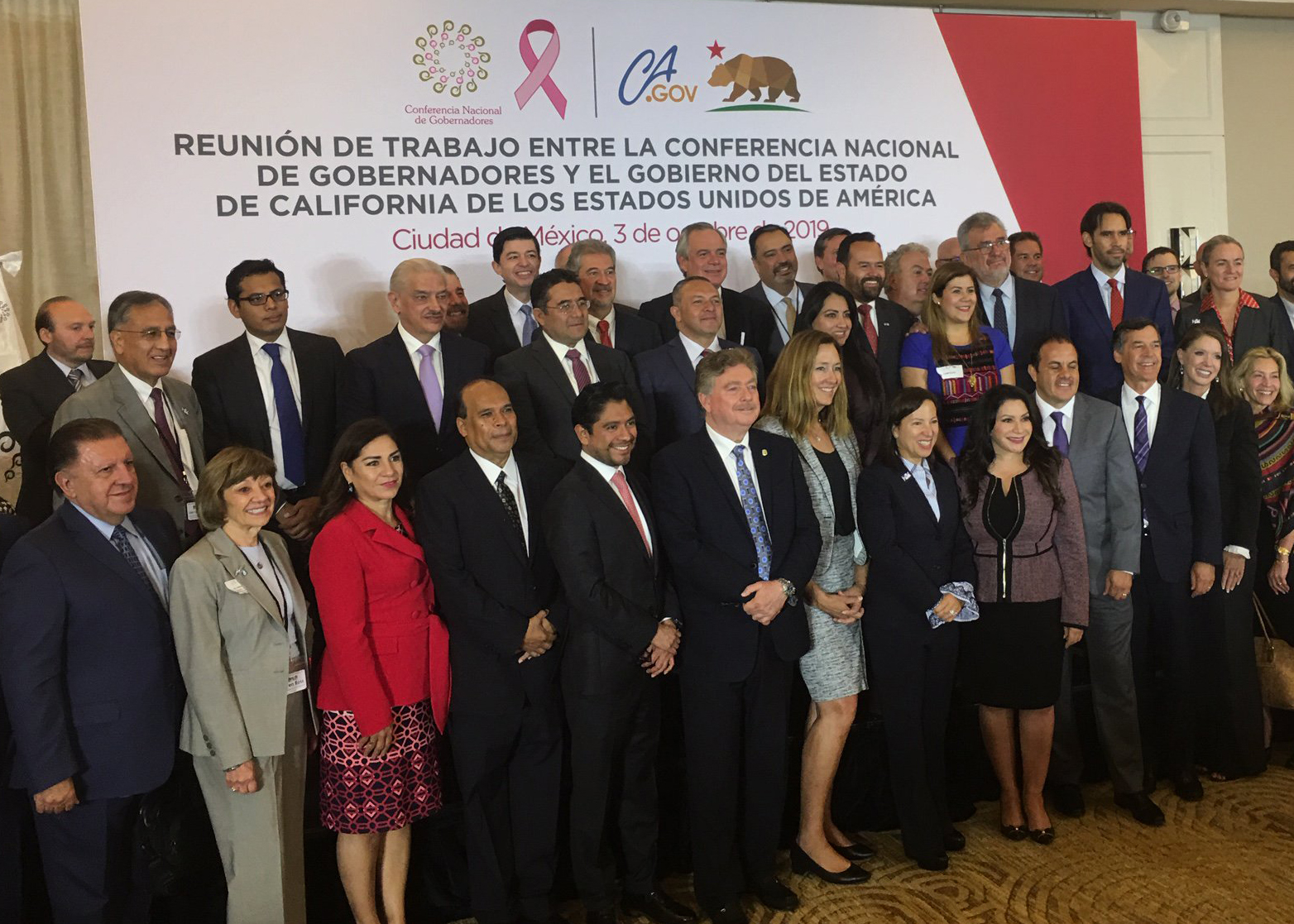 California officially opened its trade desk at a UC office in Mexico this week. CDFA Secretary Karen Ross is on the ground, engaging with business groups and Mexican officials to build out the California-Mexico-UC partnership.

The State Water Board yesterday approved $300,000 for UC Davis research supporting water quality policies for cannabis cultivation. This adds to an existing $4 million agreement with the campus over technical consulting work on environmental flows for streams.

As the legal cannabis market has grown in California, so has water quality issues. The Water Board adopted its water quality policy two years ago to address issues from erosion, deforestation, illegal use of pesticides and fertilizers and water diversion from streams.

The Cannabis Industry Journal offers an explainer on the Water Board’s most recent policy update, enacted in April. Growers should stay clear of hillsides and water sources and be aware of new limits to surface and groundwater water use.

Remember: The Water Board’s cannabis program has suffered from a shortfall of enrolled growers. It faces expenditures of $18 million this year, while fee revenues are bringing in just $5 million.

On that note: The UC Davis communications office has launched a podcast tackling the research behind controversial topics like GMOs and greenhouse emissions from livestock.

The California Canning Peach Association yesterday was quick to point out its relationship to the retaliatory tariffs that were levied against the EU over illegal aircraft subsidies. The commodities targeted in the tariffs include EU canned peaches, canned mixed fruit and frozen peaches.

CEO Rich Hudgins implicated decades of subsidized canned fruit imports from the EU and other entities for the major contractions seen in the U.S. industry. He cited as an example the 2018 closure of a large peach cannery in Modesto run by Seneca Foods Corp., which “resulted in several hundred job losses.”

Citrus celebrated as well. The tariffs will include a 25% duty on oranges, mandarins, clementines and lemons from EU countries. California Citrus Mutual notes that the US brought in about $20 million of Spanish citrus last year.

The USDA’s IR-4 grants fund research that enables pesticides used for high-acreage crops to be approved for specialty crops. UC Davis is among four universities leading the IR-4 programs for the new grants.

The low acreage for these crops gives manufacturers little incentive to invest in developing and registering products for these growers.

Remember: CDFA also supports three IR-4 programs and has a large backlog. The state has also authorized some of that funding to go towards research into alternatives for chlorpyrifos.

The senior Democrat on the Senate Finance Committee, Ron Wyden of Oregon, accused President Trump on Thursday of hijacking the trade negotiations with China to carry out his effort to discredit Joe Biden.

“Linking trade negotiations to Donald Trump’s wide-ranging effort to fabricate foreign accusations against political rivals is a complete abuse of the powers of the president,” said Wyden, whose committee oversees trade policy.

Earlier Thursday, Trump slammed Biden and his son repeatedly and suggested they were a reason China has a massive trade imbalance with the United States. "China should start an investigation into the Bidens because what happened in China is just about as bad as what happened with Ukraine,” Trump told reporters.

The Dairy Margin Coverage has proven more popular than the program that preceded it, but enrollment still isn’t as high as many observers expected. A leading dairy economist says there are probably several reasons, including government skepticism, inadequate publicity and concerns about payment data becoming public.

About 40% of the nation’s licensed dairy farms didn’t enroll in DMC this year even though they were assured of getting payments.

“All of us (economists) do have some of these questions,” Mark Stephenson, director of dairy policy analysis at the University of Wisconsin told Agri-Pulse Thursday at the World Dairy Expo. “It’s kind of like saying, ‘Well gosh there’s a $5 bill on the ground and there are some people who are walking by and aren’t bending over to pick it up, I mean why wouldn’t they do that?’”

Larger farms may have not signed up for the program because of privacy concerns, he said. “Maybe large operations don’t like the idea of their name showing up in a database somewhere that says, ‘Farm X got a check for so much money,’” Stephenson said.

“California is in the fight of its life against a giant, invasive swamp rat. This is not the time to disband the federal body charged with leading the charge against invasive species.” – California Rep. Josh Harder, in a letter yesterday urging the White House to reverse course and not disband the National Invasive Species Council.