For nearly two decades, California has levied water fees and compliance costs for farms and ranches that have minor impacts on water quality or even improve it at times. State agencies are now pursuing a different approach and have begun a yearlong process that promises to reduce requirements or add exemptions for some fee payers in the Central Valley.

In 2003, the State Water Resources Control Board launched the Irrigated Lands Regulatory Program, charging its nine regional water boards to enforce surface water quality on farms and ranches. In 2012, the state added requirements to address nitrates in groundwater. The fees have risen each year, along with the compliance costs for farmers and ranchers.

The agencies have experimented with reduced monitoring and discounts for “low-risk” commodities in the Northern Sacramento Valley region. The Central Valley Regional Water Quality Control Board is now looking at how to apply those lessons, through engagement with farmers and researchers, to the rest of the Central Valley.

According to Nevada County Supervisor Richard Anderson, growers in the foothills and upper elevations of the county have limited seasons, minimum fertilizer use and no annual tillage. Many are also on leased land.

“Yet these growers remain subject to the same high costs and regulatory requirements as higher threat geographical areas,” he said in a letter to the Central Valley Board

On top of the fixed per-acre fee, the State Water Board is also requiring famers statewide to develop nitrogen management plans with annual reports. Adding to regulatory costs, the recently approved CV-SALTS plan for salt and nitrate management will not distinguish between high- and low-risk areas either. Beyond agriculture, the Central Valley Board must also balance trade-offs for safe drinking water in the valley’s economically disadvantaged communities.

To lower costs from the Irrigated Lands program, the Central Valley Board is considering ways to reduce staff workload. This could include developing new regulations specific to those commodities, which the board has already enacted for growers under the California Rice Commission. Other options include reduced monitoring requirements or a total exemption for low-risk commodities. Staff will present their recommendation to the board for approval in summer 2020. The initial effort is focusing on irrigated pastures within upper watersheds, with the hope of expanding to more groups later. 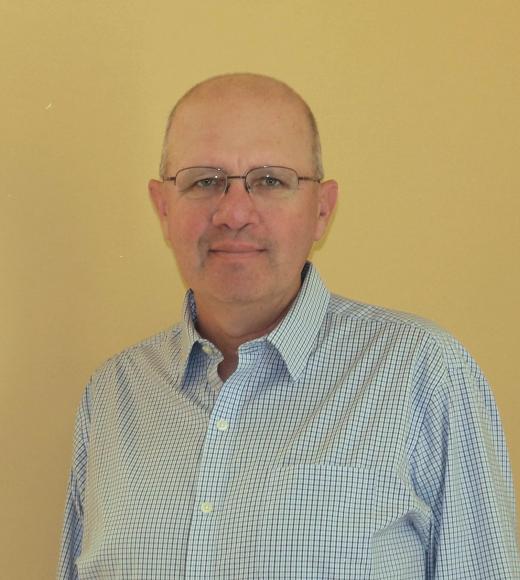 During an Oct. 11 informational hearing, farmers from the upper elevations of the Sacramento Valley urged the board to opt for an exemption.

"The irrigated pasture that I have qualified for Social Security many decades ago,” said Ned Coe, a Modoc County supervisor and rancher. “It is much older than I am and has not been disturbed and will not be disturbed anytime in the foreseeable future."

Coe said applying nitrogen just “greens it up,” without any economic benefit to him.

In the upper watersheds of the San Joaquin Valley, the gravity-fed irrigation systems were designed in 1875, according to UC Davis Professor Ken Tate. A rangeland extension specialist, Tate has worked with these ranchers for decades on water quality issues.

His research has found low pesticide use, often for spot treatment on noxious weeds. The ranches sit at elevations as high as 10,000 feet above sea level, with frigid winters being the best control of pests. Yet it leaves a short growing season and four to six months of grazing. Tate also found no nitrogen impacts on groundwater. He said three pastures were actually filtering E. coli out from upstream contamination. Ranchers also have the economic incentive to improve their pastures and not overgraze.

UC Davis has developed tools to help streamline reporting for nitrogen management and Tate said this could help with Irrigated Lands as well. Yet many of these farming communities are plagued by poor internet access.

Tina Saitone, a UC Davis agricultural economist and extension specialist, said the state board fee of 95 cents per acre is often doubled or tripled by the time it reaches the rancher. Water coalitions add costs for the monitoring, reporting and compliance and then subwatersheds charge for the on-the-ground tasks like coordinating samples, sending them to labs and collecting fees. Saitone compared it to shopping at the grocery store: Paying more for an apple doesn’t mean the farmer gets all the money.

Charging on a per-acre basis penalizes those with more land but not more cattle, she said. Irrigated pastures are charged at twelve times the rate of almond farmers as a percentage of net returns, she found. 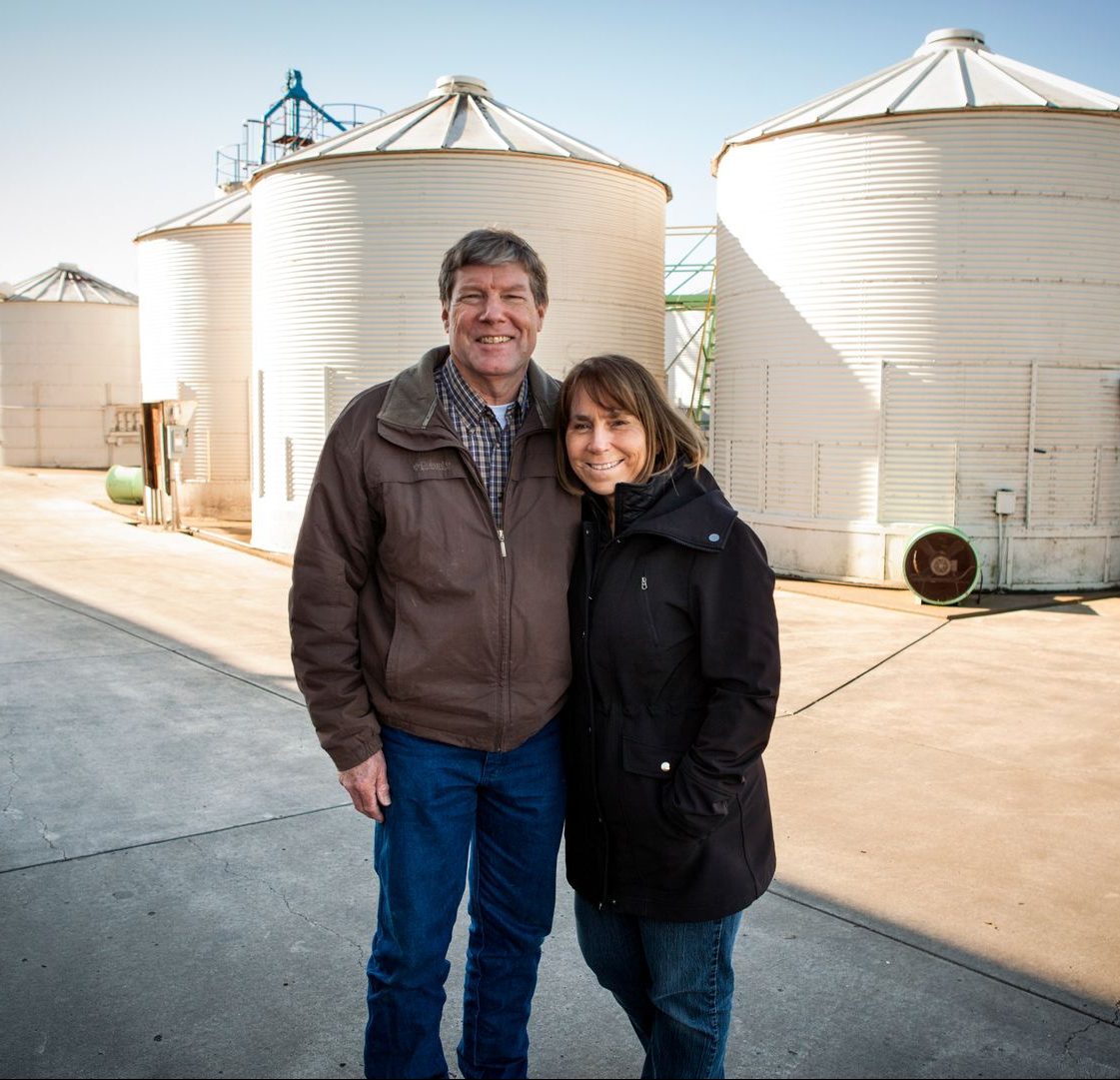 Ed Sills with his wife at their organic farm

“When you're living on very thin margins, that can make or break your operation,” she said.

Ed Sills, an organic farmer in the Nevada County region, said his subwatershed applied for the reduced monitoring option but decided not to pursue it because the cost would be the same.

“Many of our small growers in the foothill areas quit farming,” he said. “It wasn't worth it to them to pay the fees and do the reporting.”

Sills added that fallowing previously irrigated land like this not only creates a problem with noxious weeds but adds a wildfire hazard. Many of those attending the meeting had no power at home at the time, a result of Pacific Gas and Electric cutting power in more than half the counties in the state to avoid sparking fires.

Nicole Bell, who manages the Kern Watershed Coalition Authority, said the experiences of Sills and other Northern California farmers apply to the rest of the Central Valley. She added this order will cost her coalition at least $100,000 per year to monitor just 2,500 acres of low-threat crops along the upper Kern River. Without an intervention from the board, those fees will be passed on to members.

Patrick Pulupa, who heads the board, agreed with the idea of “going into lower gear for some of these commodity groups” with built-in incentives. Instead of putting “the whole weight of the board” behind enforcing regulations on a half-acre of land, he said the program should focus on the more intensive agricultural areas, like almond orchards.

Yet Pulupa said the costs for staff time are not always easy to factor when it comes to small operations and their unique challenges. He also said the San Joaquin Valley has a lot of spread ownership, when one person owns multiple small parcels.

In a statement to the board, Brian Dahle, a Republican state senator and farmer in Lassen County, called it “refreshing to see the agency take this approach” and urged the board to adopt a waiver or at least “the lightest possible regulatory touch.”

“The owners won't stay in agriculture if we regulate them off the land,” he warned.