The Department of Pesticide Regulation announced Friday it will be adding more mitigation measures to the insecticide acephate. During a committee meeting, staff scientist Anna Bellini said the decision was based on “the fact that it was an organophosphate and there was pressure from management to address the concerns.” Bellini added that occupational exposure from mixing, loading and applying the pesticide was too high.

Acephate is used for lettuce, cotton and celery. In 2017, it was applied to about 17,000 acres, a slight increase since 2008. The category of inhibitor it falls within has decreased in use by more than three fold over the last 20 years.

Health impacts: DPR scientists were unable to provide information on illnesses reported from exposure during the meeting. A DPR risk assessment from 2008 had found 15 illness cases over a five-year period, which came from residue and drift but not mixing, loading or applying. A 2016 report found three illness cases likely from acephate.

Acephate uses the same mode of action as chlorpyrifos. In July, U.S. EPA expressly rejected the state’s argument that this mechanism harms children’s brains. CalEPA’s Scientific Review Panel, meanwhile, has also acknowledged a lack of direct evidence that it causes neurodevelopment disorders. One of those scientists argued: “It might be, but we don’t know… It could be something else.”

Mitigations: Acephate is registered with DPR as an active ingredient in five consumer products and 20 agricultural products, with nearly all of those having been approved following DPR’s last risk assessment in 2013. Bellini said DPR is working with registrants to calculate new application rates “by the end of the year.”

Remember: In May, then-Acting DPR Director Teresa Marks told the Legislature the administration planned to use the process for finding alternatives to chlorpyrifos to do the same in the next fiscal year with other organophosphates, as well as carbomates and fumigants.

The second round of 2019 Market Facilitation Program payments is going out to farmers around the country, starting today. Farm Service Agency offices have until Friday to finish processing the payments, which will amount to 25% of what farmers are eligible to receive.

What’s next: Agriculture Secretary Sonny Perdue hasn’t ruled out a third and final tranche of payments under the 2019 program, but he’s cautioning farmers against counting on the program being repeated in 2020. “I’m not encouraging anyone to expect a 2020 payment,” he said, speaking to the National Association of Farm Broadcasting.

Additional payments will hinge on whether the Trump administration closes out a “phase one” trade deal with China that results in a major increase in purchases of U.S. farm commodities.

“We want to see the orders, not just the commitments. but if we’ve got China buying twice what they’ve ever bought before that ought to move the markets,” Perdue said, referring to the fact that China could increase its purchasing to as much as $50 billion a year.

By the way: Perdue said USDA has no plans to change the formula used to make the 2019 MFP payments despite criticism from Senate Democrats and some farmers that the payment rates are skewed to favor southern farmers, including those in Perdue’s home state of Georgia.

Perdue, who spent time at the Kansas City Fed on Friday and met with farm lenders, said the farm economy remains fairly sound. But he acknowledged producers are having to dip into working capital and rely on operating loans more heavily. “It makes you feel you’re doing worse than you are,” he said.

He also played down concerns about farm bankruptcies, noting that the rate remains well below the 1980s. When land is being sold off, it’s going to neighbors and other farmers, he said. “These aren’t Wall Street bankers coming out here and buying.” 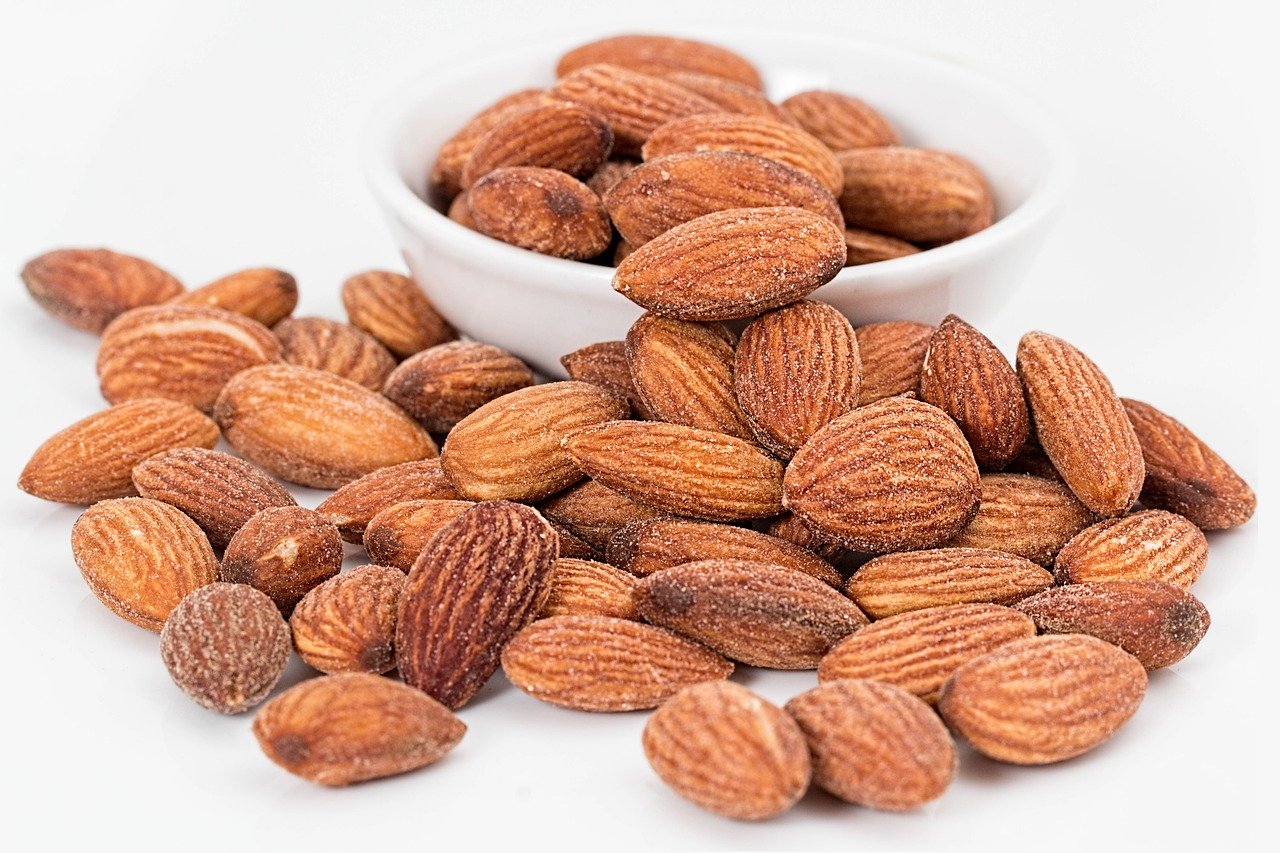 The Diwali festival of lights is a time when almonds are widely shared as a traditional gifts, according to the Almond Board of California. Yet this year, Blue Diamond Grower reports the industry is experiencing “an orphan year.”

Diwali took place the week of Oct. 27 – too early for September almond shipments. In 2020, it occurs in mid-November, which will pull shipments from the following crop year. Senior Vice President Bill Morecraft said this will result in “a slightly delayed shipment pattern for India.”

The Indian market is currently down 16%. But Morecraft notes the market is “becoming more active.”

Remember: Almonds are the number one agricultural export to India and shipments increased by 20 percent from 2017 to 2018. Indian tariffs are currently about 10%, while pecans remain at a staggering 36%.

Perdue sounded upbeat that Congress will approve the U.S.-Mexico-Canada Agreement before the end of the year. “In light of everything else going on in Washington, D.C., both Democrats and Republicans need to go home over the Christmas break and say this got done,” he told NAFB members.

House Ways and Means Chairman Richard Neal tells Agri-Pulse he hopes to have written text from the White House this week detailing how Democratic concerns will be addressed.

For more on what’s happening in the nation’s capital ahead of the Thanksgiving break, read our Washington Week Ahead.

Environmental groups are criticizing EPA for increasing the level of atrazine allowed in waterways before mitigation is required.

The agency posted a memo Thursday to the online docket for atrazine re-registration, in which it determined the “Community Equivalent – Level of Concern” for atrazine should be 15 parts per billion.

The current level is 10 ppb as a 60-day average concentration, which “ensures that atrazine levels will not cause significant changes in aquatic plant community structure, function and productivity,” EPA says.

Above that level of concern, “atrazine registrants must initiate watershed-based mitigation activities in concert with state or local watershed programs to reduce atrazine exposure,” according to the agency.

Enviros’ concern: The 15 ppb limit is “nearly five times higher than the 3.4 parts per billion EPA identified as safe in 2016,” the Center for Biological Diversity said, referring to an ecological assessment that found at that concentration, there’s a “high probability of impacting aquatic plant community primary productivity, structure and function.”

Registrant’s view: A Syngenta spokesman said technical experts would be looking at the EPA memo next week. In the meantime, however, he supplied a statement reading, “Atrazine’s safety has been established in nearly 7,000 scientific studies over the past 50 years. The EPA and other respected scientific experts and government regulators, including the World Health Organization and the Australian Pesticides and Veterinary Medicines Authority, have found atrazine to be safe at levels found in the environment.”

EPA is releasing draft ecological and/or human health assessments today on 18 pesticides including metolachlor/s-metolachlor, a herbicide sold under the trade names Bicep, Dual and Pennant, among others, and registered for crops including corn, cotton, peanuts, potatoes, and soybeans.

EPA also is releasing proposed interim decisions on 25 pesticides, including the widely used soil fumigant metam sodium and the herbicide triclopyr, sold under the names Garlon and Turflon. 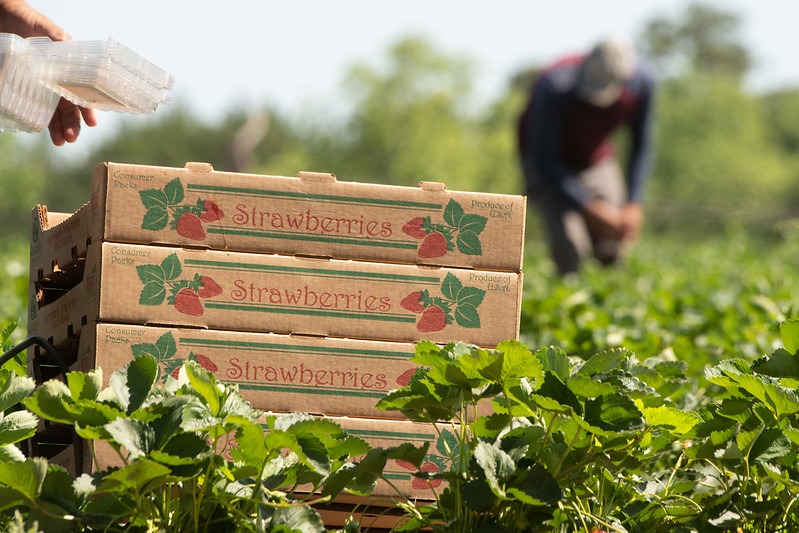 “Robot strawberry pickers (and other machines) now in use around the country…are going to displace many, many workers.” – Democratic presidential candidate Andrew Yang, at the Democratic Party convention in Long Beach on Saturday.

Yang said his proposed universal basic income of $1,000 a month would help farmworkers who lose their jobs to technology, reports the SacBee.