In 2007, then USDA Undersecretary for Marketing and Regulatory Programs Bruce Knight announced plans for a National Animal Identification System, creating a template for "advancing animal traceability" that he said would be primarily focused on animal health. More than a decade later, with consumer's interest in traceability also growing, agency officials are still trying to overcome roadblocks.

In October, USDA withdrew a guidance document that included a plan to have radio frequency identification (RFID) tags for cattle over 18 months of age crossing state lines. Feeder cattle were excluded from that mandate, which was set to go into place at the beginning of 2023. But USDA, citing industry feedback and “current executive branch policy,” said the plans needed to be revisited and were “no longer representative of current agency policy.”

“We still think that making progress on traceability in the cattle breeding herd is still a very important goal of USDA’s,” Greg Ibach, USDA’s undersecretary for Marketing and Regulatory Programs, told Agri-Pulse. “There’s probably some improvements we could make anyway, and so this gives us a chance to spend just a little bit more time talking to producers and repositioning.”

Ibach cited a pair of executive orders and a Supreme Court ruling as the causes for the procedural delay, but said he expects a notice and comment period on a new traceability approach to begin “in the coming months.”

The delay could also lead to a USDA effort that better addresses things like transition costs, Ibach said.

Publishing the guidance document also launched a round of producer feedback that Ibach said ventured outside the scope of USDA’s intent. For instance, he referenced a number of voluntary value-added programs that require traceability of feeder cattle, a population of livestock USDA never addressed in its documentation. 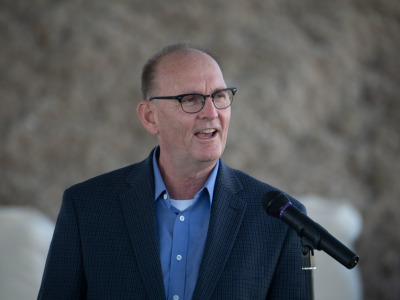 “I think a lot of the concern was that people thought we were going further than we were,” he said.

The reaction to USDA’s efforts ranged from confusion to legal action. In October, the Ranchers Cattlemen Action Legal Fund United Stockgrowers of America (R-CALF USA) filed a lawsuit saying USDA’s guidance “unlawfully mandates” the use of RFID tags and that the agency had “no legal authority to mandate such RFID use.”

“We haven’t seen the need adequately explained,” R-CALF USA CEO Bill Bullard said of USDA’s traceability push. “We haven’t seen any scientific analysis that indicates that our system is not already robust and sufficient to prevent and contain an animal disease outbreak.”

But an ag economist doesn’t think the status quo will work for much longer.

Don Close, a senior analyst for animal protein for RaboResearch, said counter arguments against expanding traceability — added cost, privacy concerns, and government overreach, to name a few — “are very shallow.” Other major beef-producing countries like Australia, Brazil, and Canada all have a traceability system in place, he said, and export partners may soon want greater detail from U.S. producers.

“The customer's always right, and if they want product … we need to figure out how to provide it,” Close said.

So if Close is correct that greater demands are coming and USDA’s efforts to expand traceability come to fruition, the question then moves to just how the industry might work toward such a system.

The proposition poses the challenges of drafting a workable system that not only can account for the sizable population of beef cattle in the U.S., but also the various stages of growth they might go through on the path to processing.

For producers, any extra effort to expand tracing of their cattle would need to come with a premium for their efforts, something that already exists in many voluntary programs today. But Bullard says he’s also concerned the premium many producers receive for their own traceability efforts could disappear if a mandatory, nationwide program is put in place. 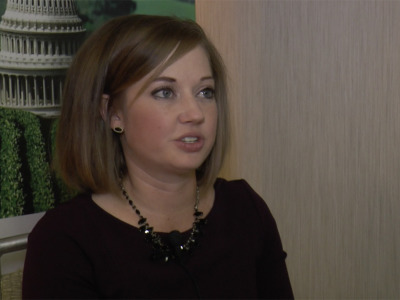 “The meatpackers are certain not to pay any more than they have to for cattle,” he said.

Many players in the conversation, including the National Cattlemen's Beef Association, would prefer a voluntary approach to traceability.

Livestock markets also need to be able to work with whatever USDA develops, says Chelsea Good, vice president of government and industry affairs for the Livestock Marketing Association.

Livestock traveling through markets will need to be traced and identified, something that could require additional hardware and software costs for facilities. Good says those facilities are already compliant with the current traceability requirements, but expanding to more cattle groups would be a non-starter.

No matter the particulars of what population, what technology, and other details of expanded traceability, Close said the opportunity is there for U.S. exporters to pounce on high demand for their products.

“We are at such a dynamic spot right now with the global shortages of protein and the escalation and increased trade volumes of protein that this is a window of opportunity that we likely will not have again for a long time and we need to be taking full advantage of it,” he said.