Will FDA warnings on CBD products be enough to clear the confusion?

Warning letters sent by the Food and Drug Administration to 15 producers and sellers of CBD products show the agency is serious about enforcing current prohibitions on the marketing of goods containing cannabidiol, the non-psychoactive chemical contained in hemp.

But while the letters will affect the businesses that received them, likely causing them and others to drop some products and remove health claims from others, they probably won’t stem the flood of CBD products already on the market or stop others from entering it.

At the same time, the market has grown so fast, “It’s hard to swing a cat without hitting a store selling CBD,” Steenstra said. Employing another metaphor, he added, “I don’t think they’re going to be able to put the genie back in the bottle.”

FDA said the companies were making unjustified claims about the health or curative properties of CBD, which has been touted as something of a medicinal marvel, capable of treating anxiety, aches and pains, and Alzheimer’s — among many other maladies.

But CBD cannot be sold as a drug or dietary supplement under the Food, Drug & Cosmetic Act. In many of the cases, companies also were selling food containing CBD for humans and animals, which also is prohibited by the FDCA.

In the real world, “FDA can’t go after every company,” said Kevin Boot, an attorney at Faegre Baker Daniels in Des Moines. “Yet companies shouldn’t be violating the law simply because they don’t get caught.” 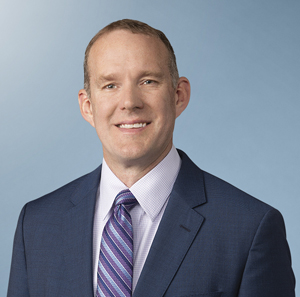 The businesses that received the warning letters “need to be able to show safety and then sell products in a lawful way which doesn’t include drug claims,” said Boot, who counsels food, feed and dietary supplement makers.

The warning letters likely won’t resolve the confusion in the marketplace about the legal status of CBD, which is derived from hemp, production of which was legalized in the 2018 farm bill subject to certain conditions, such as having less than 0.3% THC content.

“The only answer to the issue is FDA getting its regulations and guidance out there,” Boot said.

The agency is working on that, but there’s no clear indication when it might issue language to calm the concerns of consumer interest groups and the hemp/CBD industry. A high-ranking FDA official recently told a Food & Drug Law Institute conference that the agency hoped to issue a “comprehensive update in the near future,” but the official also said data are seriously lacking on the effects of CBD on human and animal health.

For two of the business owners contacted by Agri-Pulse, the letters were a surprising, but not enough to stop them from selling CBD.

“This is nothing for us — we welcomed the FDA because we want things to be transparent with our customers,” said Lavetrice Raley, owner of Private I Salon in Charlotte, N.C.

Private I was cited for marketing CBD products as drugs and dietary supplements and for selling foods containing CBD. Raley said she is “very confident” she can get everything squared away with FDA. An “FDA Disclosure” now appears prominently on her website, asserting, “These products are not intended to diagnose, treat, cure or prevent any disease. All information presented here is not meant as a substitute for or alternative to information from health care practitioners.”

Raley said she isn’t sure why Private I was the subject of a government enforcement action — “How did they target this little teeny boutique?” — but said publicity about the FDA warning has benefited Private I.

“Since the news report, I’ve had more business,” she said. Customers are “super-shocked,” asking her why she was targeted.

Another business owner, JT Taylor of Apex Hemp Oil in Redmond, Ore., said, “I’m doing everything they tell me to.” Taylor was cited for selling unapproved new human and animal drugs, including livestock pellets made from organic molasses, hemp and hemp seeds.

Taylor expressed some puzzlement at being the subject of an enforcement action. “Everybody in the world is using pain relief” as a health claim, he said.

He said he’s no longer selling the pellets or dog treats that were advertised on his website, and is shifting sales to full-spectrum CBD oil. FDA has declared three hemp-derived products are Generally Recognized As Safe (GRAS) for human consumption: hulled hemp seed, hemp seed protein powder, and hemp seed oil.

Taylor questioned why, if FDA has deemed those products as safe for humans, it has not done so for animal foods or feed. The simple answer seems to be: No one has asked yet, though FDA will not say whether it’s received any such applications.

That may change in 2020, when a Kansas City company expects to submit an application to market hemp seed oil for dogs and cats. Steve McGarrah, CEO of High Plains Nutrition, said he is shooting to submit his application to FDA before the upcoming meeting of the Association of Feed Control Officials Jan. 21-23.

“We have been working on this project for several years,” he said.

McGarrah said High Plains may try to get approval for horses, too, but he’s not sure whether he has enough data.

For hemp to be approved as an animal food, data need to show how its high levels of essential fatty acids, fiber and protein benefit a particular species, said Bill Bookout, president of the National Animal Supplement Council.

But Bookout cautioned patience, saying it could take two to three years to gain approval.