Bill Lyons, the agricultural liaison to Gov. Gavin Newsom, said Monday he is cautiously optimistic on the future of the Voluntary Agreements, which promise to finally settle questions over water flows to the Sacramento-San Joaquin Delta. Lyons saluted the individuals leading the negotiations – CalEPA Secretary Jared Blumenfeld, Natural Resources Secretary Wade Crowfoot and U.S. Bureau of Reclamation Regional Director Ernest Conant – as “professionals who want to collaborate and avoid litigation.”

Yet agricultural stakeholders feel they are negotiating with a gun to their head. Newsom recently vowed to sue Conant’s agency over the new federal biological opinions for delta pumping operations. Meanwhile, the implementation of the Sustainable Groundwater Management Act is adding more dependence on surface water allocations. The State Water Resources Control Board has already adopted the first phase of its Water Quality Control Plan for the delta. That part of the plan dedicates up to 50% of the water flowing into the tributaries of the lower San Joaquin River as “unimpaired flows” for supporting ecosystem conservation.

Aside from litigation, the Voluntary Agreements may be the only way to steer the board away from adopting Phase 2 of the Delta Plan, which proposes up to 65% for unimpaired flows from Sacramento River tributaries, where the delta gets most of its water.

With both phases of the Delta Plan, millions of acre-feet of water would be deemed “off limits” in order to meet the baselines for unimpaired flows, according to Chris Scheuring, senior counsel for the California Farm Bureau Federation. This means water rights, which are considered property rights under California law, are “no longer sacrosanct.” The water quality law “is essentially doing an end run around the system,” Scheuring explained during a presentation for the Farm Bureau’s annual meeting on Monday. 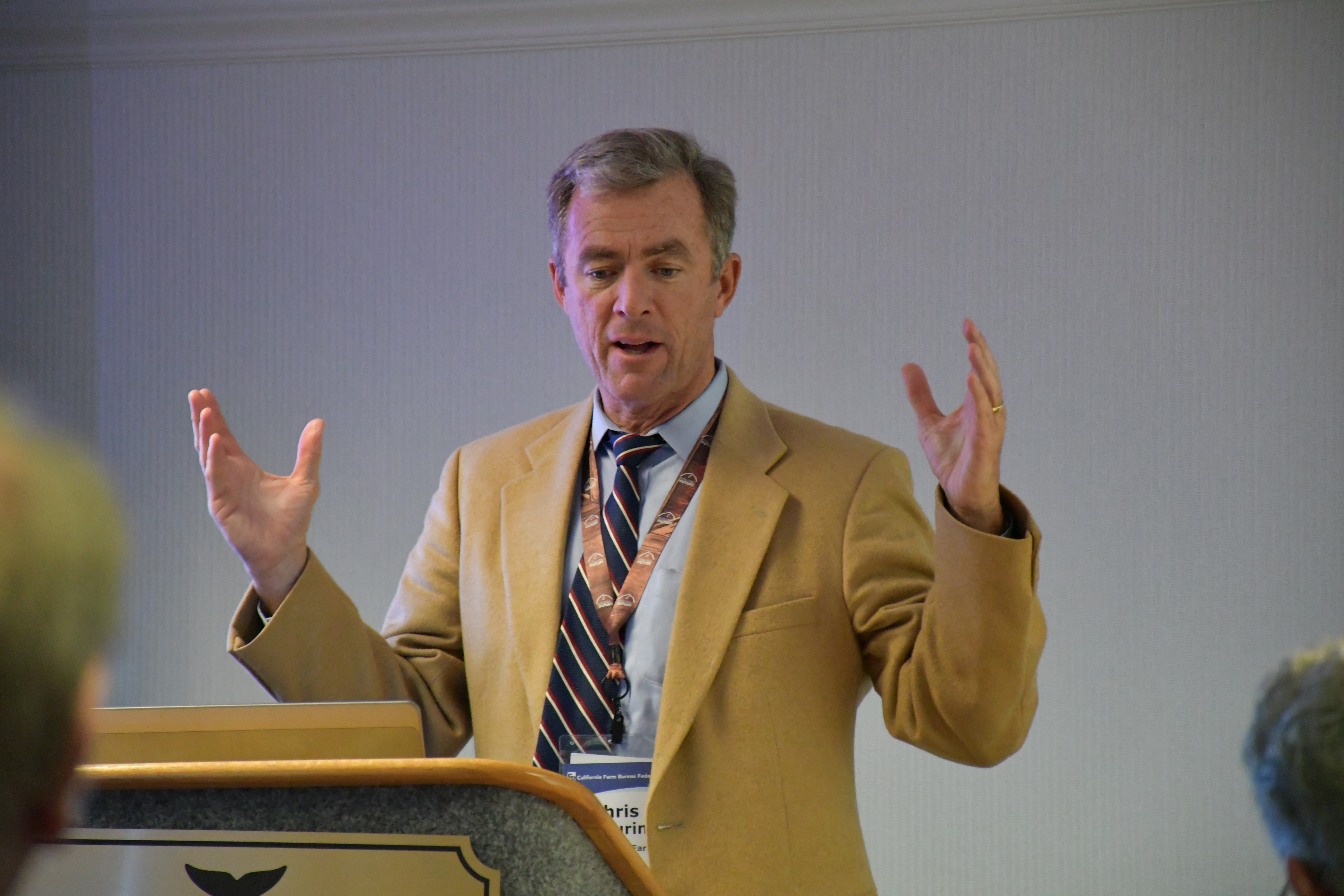 “We’re burning the candle on both ends now. We’re losing our groundwater access through SGMA,” he said. “And at the same time, we’re doing this on the surface side.”

He pointed to the Voluntary Agreements as a potential path to the same level of protection for fish species that is instead based on water users in the basin voluntarily giving up shares.

If an agreement is not met, Scheuring said the Farm Bureau’s lawsuit filed in February against Phase 1 of the Delta Plan would be “litigated hard” in the trial court for at least three years before going through the appellate system. He imagined the case would go to the California Supreme Court eventually because it touches on several broadly reaching issues, including water rights and reasonable use

Justin Fredrickson, an environmental policy analyst for the Farm Bureau, said Gov. Newsom’s proposed lawsuit against the new biological opinions is also creating a great deal of angst over how it would affect the Voluntary Agreements. A separate lawsuit was recently filed by the Natural Resources Defense Council and other conservation groups. Fredrickson called it “an across the board challenge” to the biological opinions, with a strong assertion that increasing flows is the only solution. He said the ideological goal behind it seems to be a determination to shrink agriculture.

A number of environmental and social justice organizations, ranging “from moderates to radicals,” are very engaged in the Voluntary Agreements, according to Bill Lyons. He also noted that attorneys from all sides are heavily involved in the negotiations. One of the three primary working groups is mainly composed of attorneys ironing out the legal details in an effort to avoid future litigation. 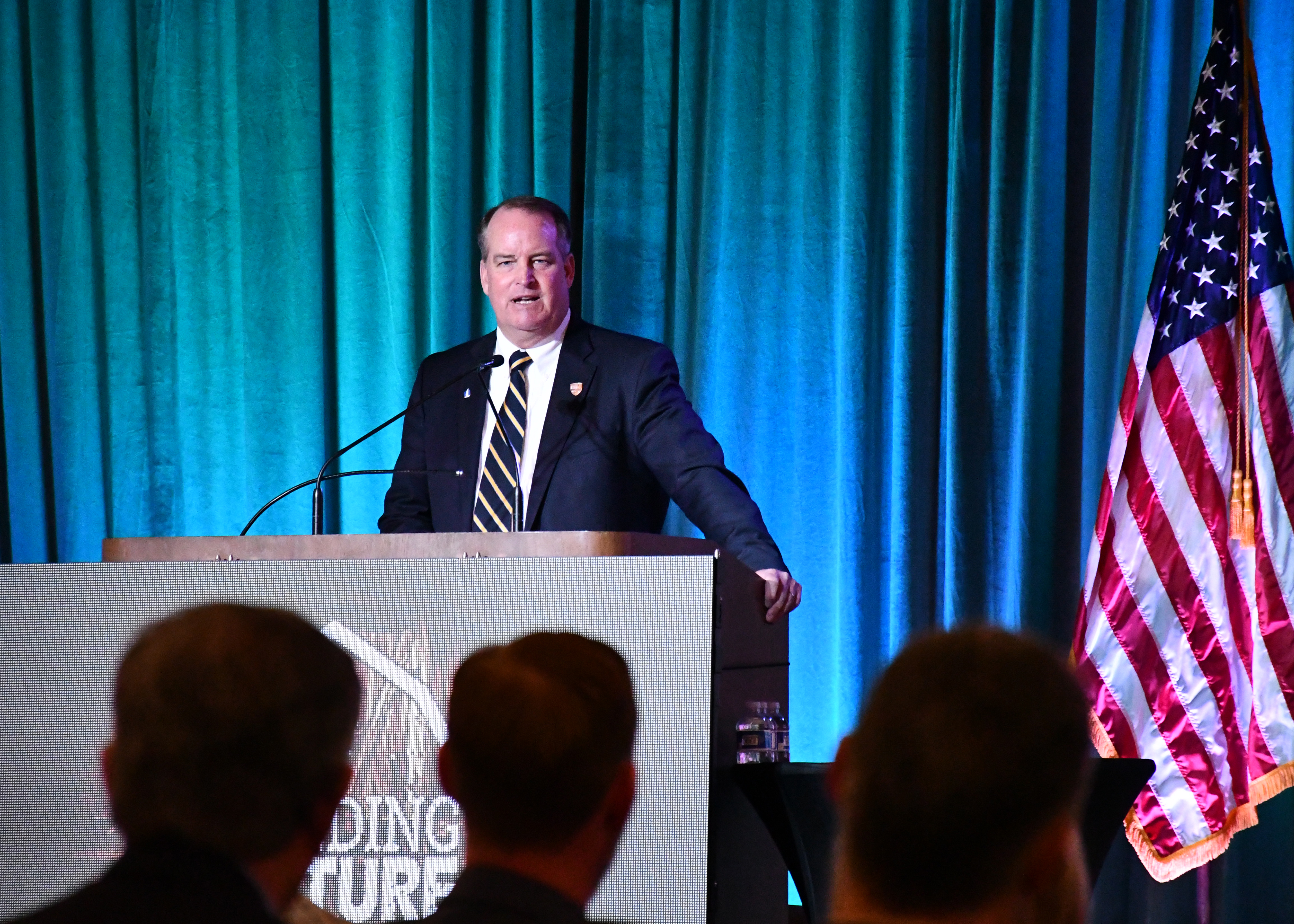 “There is a consensus to reach Voluntary Agreements that are as bulletproof as they can be,” said Lyons.

The administration has also been holding a listening tour with agricultural interests and many other stakeholder interests to develop a suite of policy goals for the governor’s Water Resilience Portfolio. The plan’s actions will focus on collaborative, multi-benefit projects led by regional agencies. The Portfolio was originally set to be released in October. When asked by Agri-Pulse if the Portfolio’s policies are contingent upon the outcome of the Voluntary Agreements, Lyons did not specify.

Instead, he pointed to the Water Blueprint for the San Joaquin Valley, which “has some great ideas.” He has been working closely with the Blueprint coalition. Led by the Friant Water Authority they submitted to the Portfolio in October a set of policy proposals to help the valley balance its vast groundwater deficit. Like the Voluntary Agreements, the Blueprint is viewed as a promising collaborative approach among water agencies, ag groups, local communities and potentially the Newsom administration.

At the Farm Bureau’s annual meeting, President Jamie Johansson saw this support from the administration as a promising sign, despite the rhetoric from some groups.

“All too often they make it look like farmers are the only ones who need the water,” he said. “California needs the water.”