Up to 1 million acres of productive farmland in the San Joaquin Valley will be retired, UC Berkeley Professor David Sunding reveals in the report. That is up from the 750,000 acres projected last year as the more likely scenario by the Public Policy Institute of California (PPIC).

The unemployment rate will increase by 4% for the region, which is already among the highest rates in the state, and rise to as much as 12%. Wages will take a $2-billion hit.

Annual farm revenue losses will be $7.1 billion. The valley’s lowest-income communities will take a disproportionately large share of these impacts, Sunding concludes. Phillips emphasized these impacts will happen “every single year in perpetuity to Californians in an area of our state that cannot afford it.”

Phillips told Agri-Pulse in October the study will “be a sobering reminder of how dire the situation is. But it will help us make our case for sure.” Phillips is leading an initiative called the Water Blueprint for the San Joaquin Valley, which commissioned the study. The Blueprint committee plans to soon release the full economic report with water policy recommendations for the state.

Asm. Devon Mathis, R-Visalia, likely found the report provocative. Ahead of that meeting, he asked the Department of Finance if SGMA would tip the state into an economic recession. 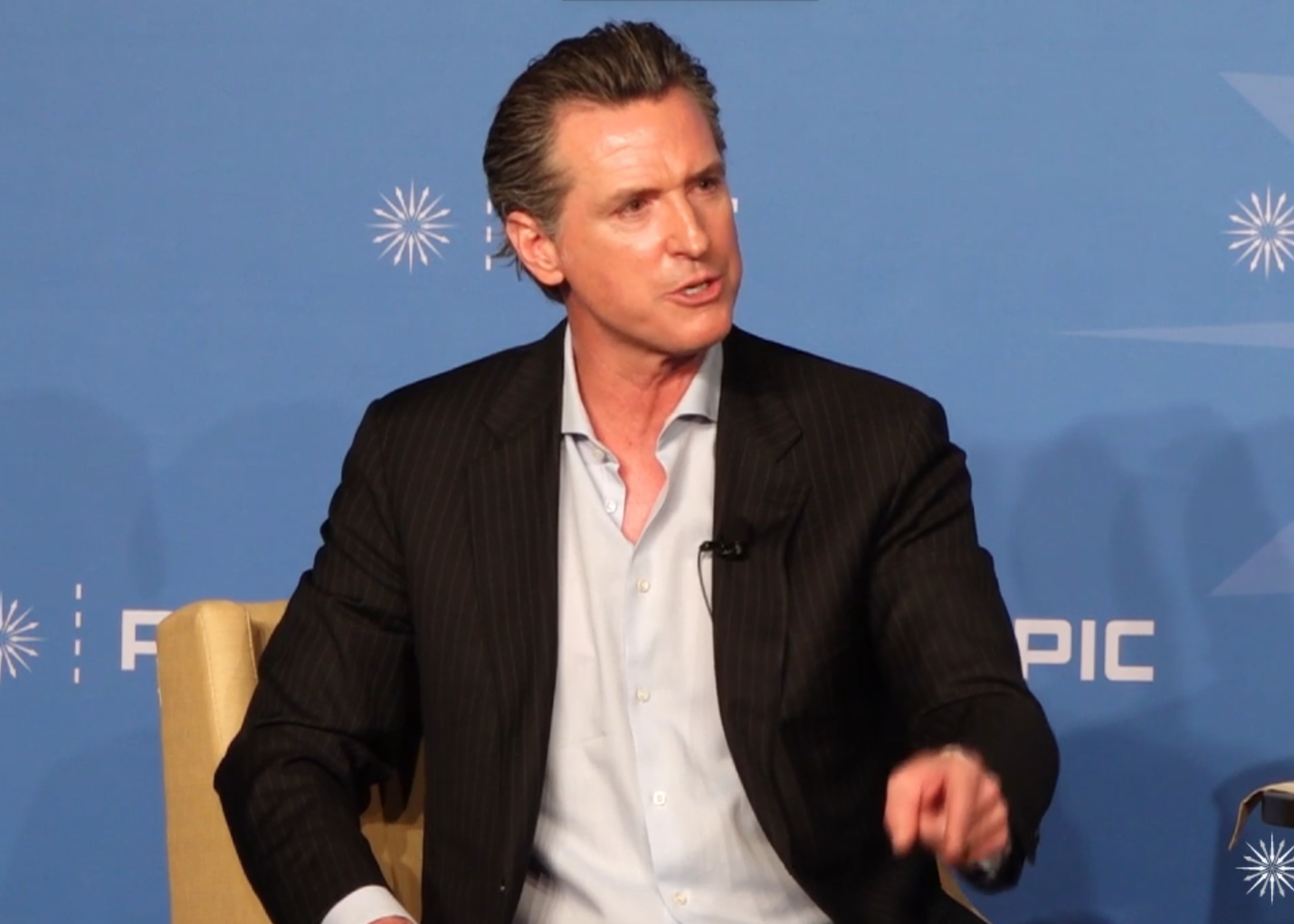 Newsom at a PPIC luncheon event

Newsom doubles down on supporting valley

In an interview yesterday with PPIC, Gov. Newsom reiterated his commitment to a more collaborative approach to water issues, though conservation groups have strongly opposed that position.

"I care deeply about the folks in (the San Joaquin Valley),” he said. “It's not just 'big ag.' There are real human beings whose lives are being torn asunder because of the scarcity of water."

He remains a lifelong environmentalist and cares about restoring fish habitats in the delta, he said. But he cautioned that “you’re not bringing that back by getting into seven years of lawsuits where nothing gets done.” He said that’s why he’s pursuing voluntary agreements (VAs) with all the stakeholders involved.

He cares about every part of California, he said: “When we talk about fallowing land, those are real people with real lives… You don’t destroy a community that was built over hundreds of years.”

Both CalEPA Sec. Jared Blumenfeld and Natural Resources Sec. Wade Crowfoot care deeply about the environment, he said, and “they think it’s right to reach out to ag and work with these guys. The world is changing, and we have to change with it.”

Remember: Phillips shared an update yesterday on the VAs and said “the state is still holding to their threat of a lawsuit.” 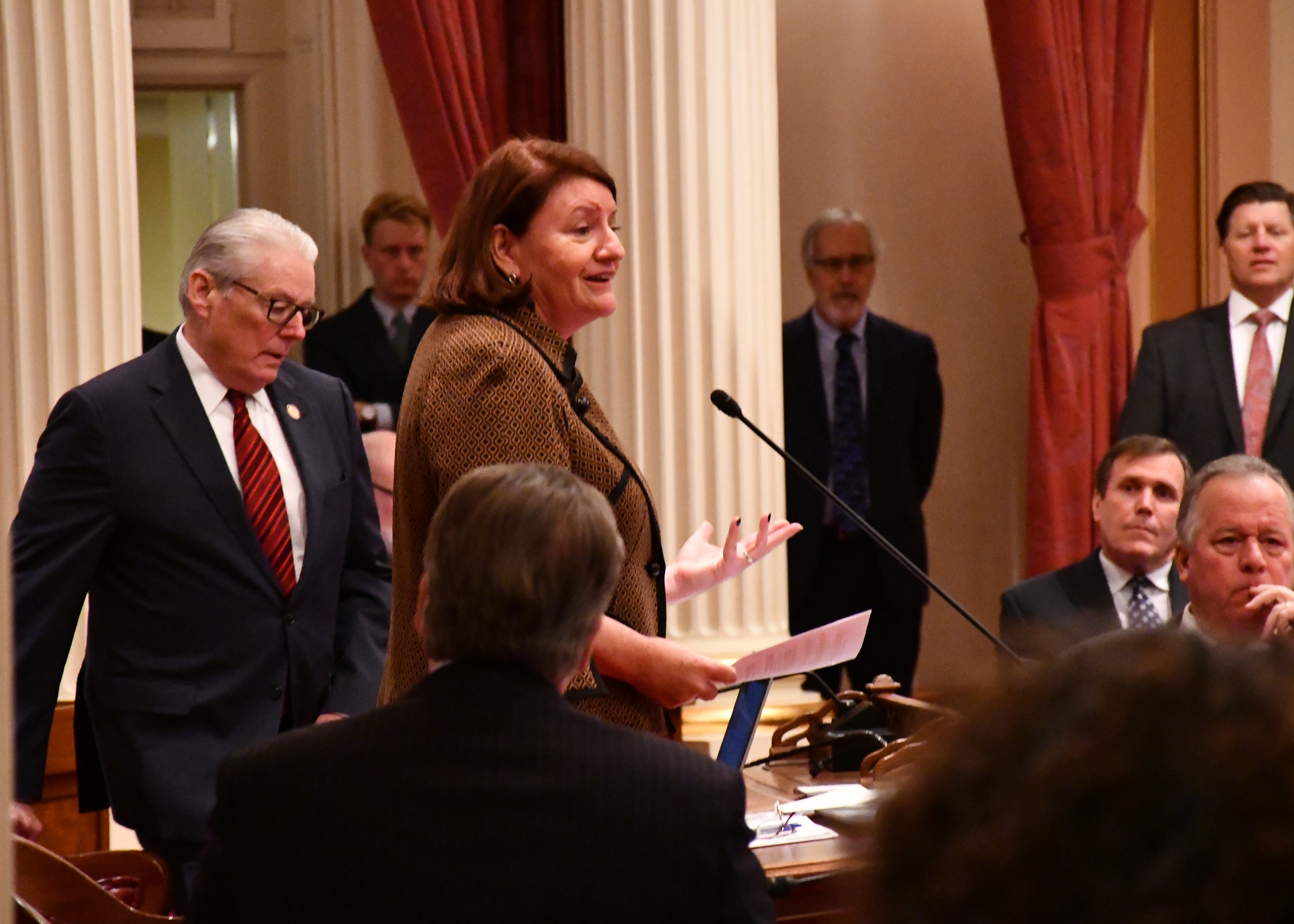 The first hearing on a climate bond advances bill to Assembly

After more than a year in print, Senate Bill 45 saw its first debate yesterday. The Senate then passed the bill along party lines and, through the power of Senate Pro Tem Toni Atkins, without a single committee debate. Last week, the bill’s authors also tacked another billion onto the proposal, making it a $5.5-billion bond.

SB 45 targets a swath of costly climate-related issues ranging from flooding to drinking water and wildfires. Included is $190 million for protecting agricultural lands from climate risks -- a rare recognition of rural issues by a group of mostly urban lawmakers. Moderate Democrat Melissa Hurtado of Sanger did join as a late coauthor.

Republican senators argued the bond would be fiscally imprudent and the state should instead tap into its $7-billion surplus: “Why does this capital not pay cash?” said Republican John Morlach of Irvine. “Instead, we're asking our taxpayers to pay double” because of the interest.

Senate Ag Chair Cathleen Galgiani, a moderate democrat from Stockton, abstained from voting. She noted that as recently as this week, her office had been working to bring to the valley funding promised by a 2006 flood protection bond.

On that note: The Senate also voted down SB 372. The bottle recycling bill had lackluster support from the authors of a much more ambitious recycling bill aimed at single-use packaging. The vote was granted one more chance to be considered for a vote, however.

John Brasil Dairy in Turlock has been hit with a $108,000-fine by the Central Valley Water Board for two incidents last year of illegally dumping wastewater onto its crops.

Applied in winter, the wastewater turned crops yellow and likely passed through the saturated soil and into the groundwater. Regulations require valley dairies to avoid such outcomes by following a state-certified nutrient management plan when applying wastewater to cropland.

Trump signs USMCA into law as Canada takes up ratification

President Donald Trump yesterday signed the implementing language for the U.S.-Mexico-Canada Agreement into law. He called it a “colossal victory” for farmers, and farm groups were quick to agree.

The lower house of Canada’s parliament then voted 290-28 to allow for the introduction of Canada’s implementing bill. It’s only the opening step of the ratification process, but shows that pro-USMCA lawmakers far outweigh those who are opposed.

In response, California Farm Bureau President Jamie Johansson said USMCA “will help farmers, ranchers and thousands of other Californians whose jobs are tied to agricultural exports.”

Milk Producers and dairy processors are looking to Congress to move a pair of bills that could address labeling challenges that the industry is facing.

A House Energy and Commerce subcommittee held a hearing Wednesday on a series of bills related to food and drug policy, including one called the DAIRY Pride Act that would make it illegal to label plant-based products with dairy terms.

Another bill the panel is considering, known as the CURD Act, would ensure that cheese that isn’t a processed product could continue to be called “natural cheese.”

FDA is considering cracking down on plant-based products, but the agency is taking too long to act, said Tom Balmer, executive vice president of the National Milk Producers Federation. “Their timeline has continually shifted with no end in sight. Unless Congress acts, FDA’s follow-through remains uncertain.”

Meanwhile, subcommittee member Kurt Schrader, D-Ore., argued for the CURD Act, saying it would “provide consistency to the consumer as they’ve had for decades,” Schrader said.

“DWR needs a reality check and a renewed spirit for this new decade – one that heeds scientists’ warnings and forces contract holders to adapt to the challenges we’re now facing.” – State Sen. Bill Dodd of Napa, arguing in an op-ed for the SacBee that the state should stick with the old biological opinions for delta flows rather than its new plan and supply more water for fish.