As early as today, the U.S. EPA could publish its new human health and ecological risk assessments on the fungicide 1,3-D, known by the brand name Telone.

The health assessment will include an acute reference concentration, which is based on EPA toxicology studies, dose responses and an uncertainty factor, which is an estimation of how the animal studies would apply to humans. That concentration is used in considering an acceptable exposure limit for health effects.

Remember: In October, the Department of Pesticide Regulation set its own exposure limit at 110 parts per billion (ppb) for 1,3-D.

Jim Baxter, a regulatory affairs manager for Dow AgroSciences, said if it were based on EPA’s calculations, that number would be about 2,500 ppb. Baxter also said DPR’s uncertainty factor was developed through years of “compounding conservatism.” 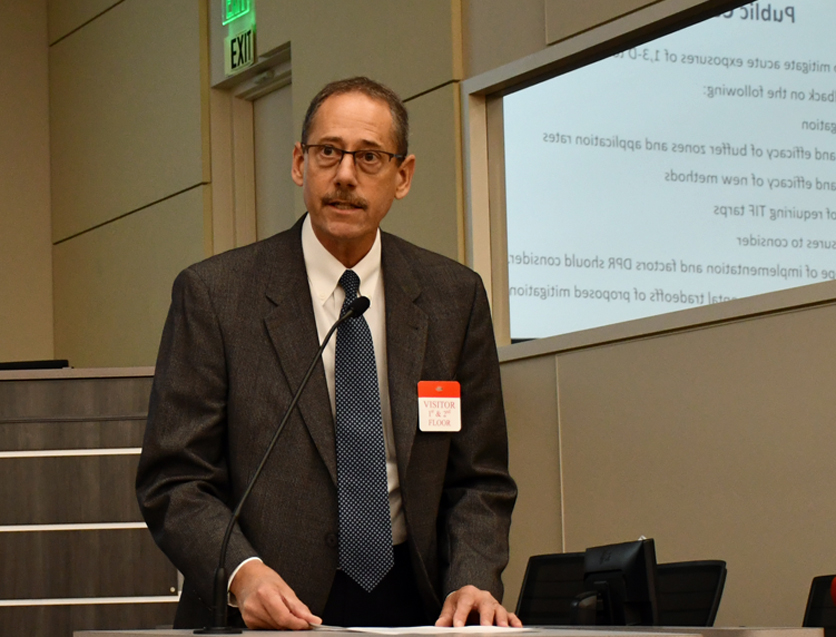 Ag gets a voice in carbon sequestration

The Legislature yesterday heard testimony from the authors of a new report on how California can meet its carbon neutrality goals. George Peridas of Lawrence Livermore National Lab explained that natural and working lands have the ability to remove 25 million tons of carbon from the atmosphere each year. Converting biomass to fuel, meanwhile, has the potential for 84 million tons.

Michael Boccadoro of the Ag Energy and Consumers Association was quick to point out that ag is already doing some of that work. He said dairies are turning manure into low-carbon transportation fuel and making natural compressed gas for heavy duty freight. Boccadoro also pointed to CDFA-funded projects that are developing electric vehicle charging stations through that process.

More than 40% of the feed comes from ag biproducts, such as almond hulls, he added.

Brian Shobe of the California Climate and Agriculture Network highlighted that of the three pathways included in the report, natural and working lands are the lowest cost and most readily deployable and have the most co-benefits to the environment and society.

On that note: Boccadoro mentioned that UC Davis will publish a study next week calculating the environmental impact of the dairy industry in California. 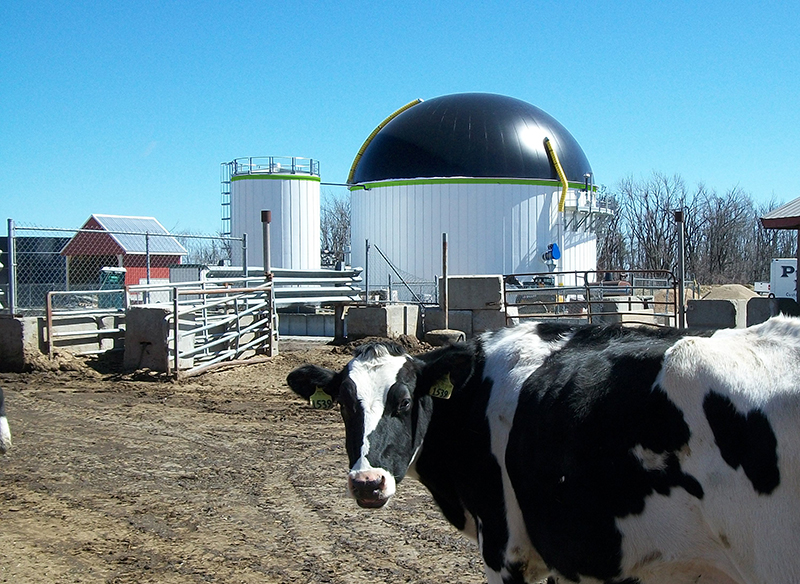 Farmers can expect the third and final round of 2019 trade aid payments to hit their bank accounts by the end of this week. The payments will make up the final 25% of the payments producers were due under the Market Facilitation Program.

Agriculture Secretary Sonny Perdue has said that farmers should not count on the MFP being repeated in 2020. It was created in 2018 to assist farmers who were hurt financially by Chinese retaliatory tariffs.

Dogs know when citrus is under threat

Dogs may be the best way for citrus producers to know when their orchards are being attacked by a pathogen that’s been devastating the industry, according to a new study by USDA scientists.

The researchers' work, published this week in the Proceedings of the National Academy of Sciences, found that with near 100% accuracy, dogs could detect citrus greening disease weeks before the disease could be seen visually or identified through molecular methods. Research showed dogs “were more effective and economical than current early detection methods for sustainable disease control,” the study says.

The 20 canines used in the study included German shepherds and springer spaniels as well as a Belgian shepherd.

One caution: Dogs may be best suited to early detection. Once the pathogens become widespread in an orchard, it seems the dogs start alerting too frequently. Since the dogs have to be rewarded each time they alert on an infected area, the search starts to slow down.

Australia’s woes are opportunity for US rice

Drought-plagued Australia will have the smallest rice harvest in decades, and that’s good news for U.S. medium and short grain rice farmers, according to the USA Rice Federation.

Australia, as a member of the Comprehensive and Progressive Agreement for Trans-Pacific Partnership, gets preferential access to Japan’s market, but the country’s meager crop this year could give U.S. exporters a new edge. The U.S. recently closed its own trade deal with Japan to make up for the U.S. absence in the CPTPP, but a deal on rice was not included.

“Australia's 2020 production is projected to be nearly one-tenth of its 10-year average,” USA Rice says in a new report. “With lower production comes lower exports, projected to be 20,000 tons, down from 262,000 tons just two years ago.”

Keep in mind: Medium grain rice accounted for more than 90% of California’s acreage in 2017, according to the CDFA’s most recent report. Yet rice production was down more than 20% from the year before.

Trump to talk trade in State of the Union

President Donald Trump is expected to use tonight’s State of the Union addresses to make the case that his trade successes have benefited not just farmers but working-class men and women across the country. The theme of the speech is the “Great American Comeback,” according to the White House.

Keep in mind: There are reports that the coronavirus outbreak could limit China’s purchases under the “phase one” trade deal Trump signed last month.

Rep. Jimmy Panetta, D-Calif., is bringing as a guest a former farmworker who wants a path to citizenship. Panetta wants to draw attention to Dreamers as well as to the Farm Workforce Modernization Act, which would provide undocumented farmworkers a path to legal status while also expanding the H-2A visa program.

With mounting uncertainty over whether dock workers in China will be able to unload container and bulk ships, the Agriculture Transportation Coalition is reaching out to carriers to try to get more flexibility for the exporters that use their services.

Some marine terminals in China are working, but some are not as the country tries to contain the spread of the coronavirus, says ATC Executive Director Peter Friedmann. One fear is that there will be no Chinese product ready to be exported, so the containers will remain trapped at Chinese ports as carriers charge U.S. exporters fees.

“While these (trade) agreements are welcome news, we must not forget that 2019 was a tough year for farmers as they were the tip of the spear when it came to unfair trade retaliation.” – Agriculture Secretary Sonny Perdue, announcing the third and final round of 2019 Market Facilitation Program payments would reach farmers this week.

What DPR’s new regulations on 1,3-D could mean to farmers
Daybreak: Ag groups plead with DPR over 1,3-D regulations
California to further restrict 1,3-D use