We’re now starting our fourth week of the COVID-19 national economic slowdown, and pressure is building on USDA to come to the rescue for a broad array of producers from coast to coast.

The American Farm Bureau Federation has sent a six-page letter to Ag Secretary Sonny Perdue that details recommendations for spending the $23.5 billion that was included in the $2 trillion Phase 3 economic stimulus package.

The proposals are largely targeted at sectors – including livestock producers and fruit and vegetable growers – that don’t participate in the major farm bill programs for row crops. However, the letter does seek direct aid for cotton growers, as well as aid to ethanol producers that could benefit corn growers by extension.

Keep in mind: Paul Schlegel, vice president of public affairs for AFBF, cautions against reading too much into the fact that some row crops were left out of the requests. “We have indicated to USDA repeatedly that this is an evolving situation that is changing rapidly, and we fully expect things to change as this plays out,” he said.

The letter, which was signed by biofuel groups as well as the National Farmers Union and Association of Equipment Manufacturers, argues approximately 3.5 billion gallons of annualized ethanol production has been idled since March 1, equaling 1.2 billion bushels of annualized corn demand. 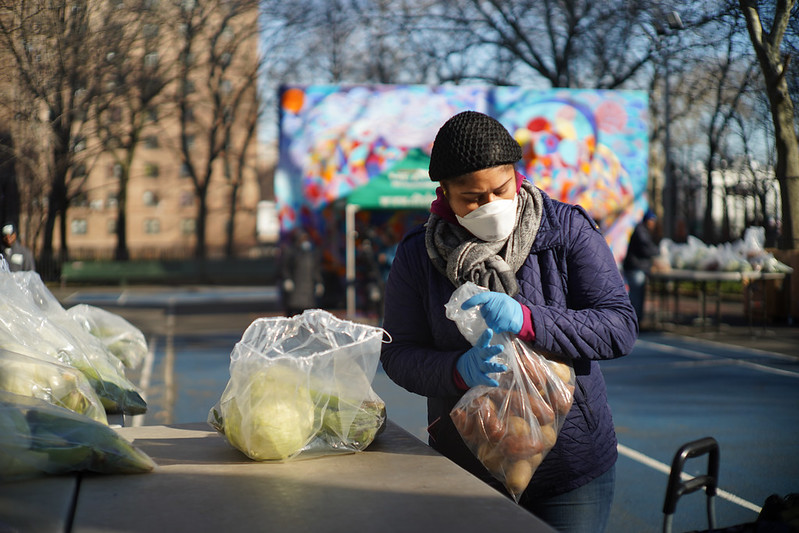 Some 42 senators from both parties have signed a letter urging USDA to expand on loan flexibility measures last month to help farmers cope with the downturn in commodity markets.

The application process is now open for the $349 billion in forgivable loans provided by the Phase 3 stimulus bill for small businesses, including farms. But bankers reported immediate frustration Friday in filing applications with the Small Business Administration.

Rebeca Romero Rainey, president and CEO of the Independent Community Bankers of America, said she was besieged with messages from frustrated bankers.

“While a handful were able to move forward with loans, too many strong community bankers had no access to the program as one of the promised online portals never went live today, and bankers were placed on hold for hours, unable to help the customers who were counting on them,” Rainey said.

ICBA sent a letter to SBA and Treasury Department over the weekend asking for steps to address the situation.

Farm Credit System institutions also have struggled to process applications. "Unfortunately, SBA’s loan systems have been plagued with problems, and we still cannot submit an application on behalf of a customer. It’s very frustrating for our customers, and for all the Farm Credit employees racing to find a solution,"  Todd Van Hoose, president and CEO of the Farm Credit Council, said in a statement Sunday.

Keep in mind: The American Farm Bureau Federation released a statement late Friday saying it was satisfied that farms would be eligible for the Paycheck Protection Program. 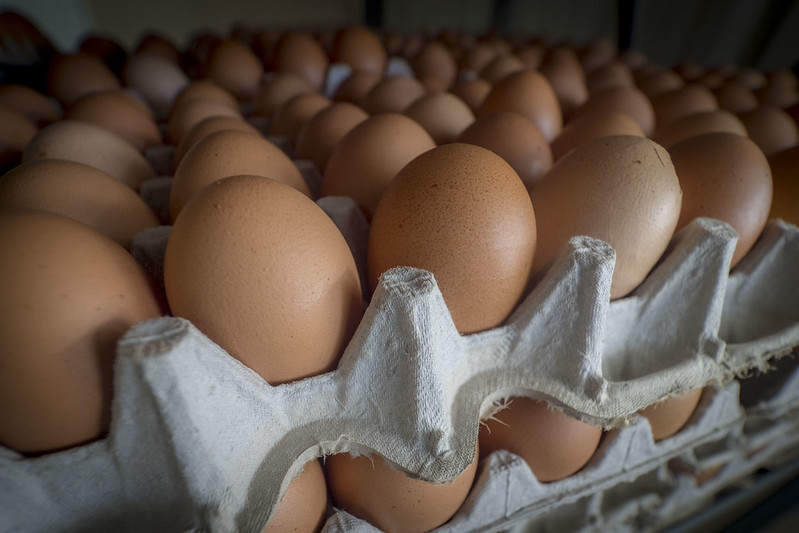 The agency announced Friday retailers can sell cartons or 30-egg flats without any Nutrition Facts or other labeling, provided they clearly identify the manufacturer, packer, or distributor; include safe handling instructions, and make no nutrition claims. The eggs also must be sold by the complete carton or flat.

Prices for Grade A or better large white eggs are expected to more than double this week, to $3 a dozen, according to the Agricultural Marketing Service’s survey of advertised prices.

EPA doesn’t have to reconsider annually whether blenders should have to comply with the Renewable Fuel Standard, the government argued in response to a petition to the Supreme Court.

In its filing Friday, the government said the RFS law does not require the agency to re-examine its “point of obligation.” Valero and the American Fuel & Petrochemical Manufacturers contend it does. They also are challenging EPA’s denial of petitions seeking rulemaking on the point of obligation.

In its response, the government relied heavily on a D.C. Circuit Court of Appeal decision that said “it would be strange indeed” for Congress to have required every year that EPA “rethink a choice so basic to the RFS program’s architecture.”

US beef and pork exports soared in February

The emerging coronavirus threat didn’t dampen U.S. beef and pork exports in February, which remained strong that month, according to a new analysis from the U.S. Meat Export Federation.

"By February, COVID-19 had emerged as a major health concern in several key Asian markets and was certainly impacting consumer and business activity, so it is great to see U.S. pork and beef exports achieve such strong growth," said USMEF President and CEO Dan Halstrom. 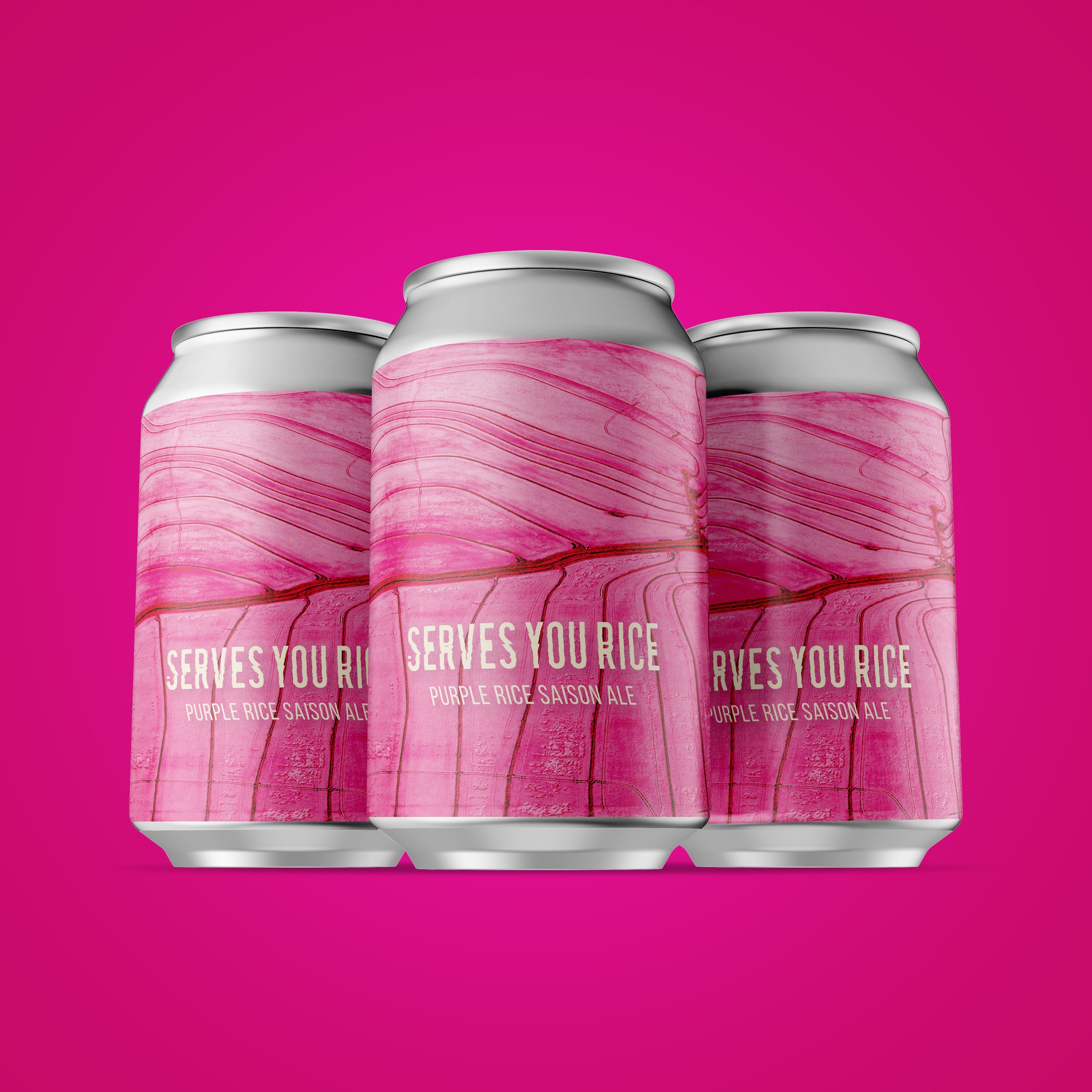 The USA Rice Federation says “cheers” after unveiling the results of its first-ever collaboration on a craft beer, a pink-hued brew made with Blanca Isabel Purple Rice from fields in Louisiana.

The alliance between USA Rice, Black Narrows Brewing of Virginia, and the DC-based Hellbender Brewing Company is now available for purchase and goes by the name of “Serves You Rice.”

"Here at Hellbender, we are all about using as many local ingredients as possible to brew our beer," said Ben Evans, owner of Hellbender. "The story behind U.S.-grown rice and their reputation for high quality grain made this the perfect adjunct ingredient for a unique and tasty beer.”

He said it.  “It’s hard to have a crop out there that you can’t sell. There’s just no market for it.” – Florida vegetable grower Jim Anderson, describing how he has had to leave crops in the field because of the loss of the foodservice market.