PAC money slowed, but not stopped, during COVID-19

Years of a sluggish farm economy and an unfolding global pandemic have not slowed ag and rural stakeholder dollars from flowing to political candidates seeking federal office in the 2020 election.

A little over $20 million has been given to candidates by food, ag, and rural political action committees so far this year, according to data compiled by the Center for Responsive Politics and analyzed by Agri-Pulse. While Republicans are still collecting the lion’s share of funds (about 58%), Democrats are receiving a larger percentage of contributions (around 37%) than what was observed in previous Agri-Pulse PAC reports. At various parts of 2017, 2018, and 2019, those reports showed Democratic candidates and causes receiving between 27-31% of the total ag and rural campaign contributions.

This time around, a new wave of Democratic lawmakers elected in the 2018 midterms has put a number of lobbyists in an educational role to bring new members up to speed. 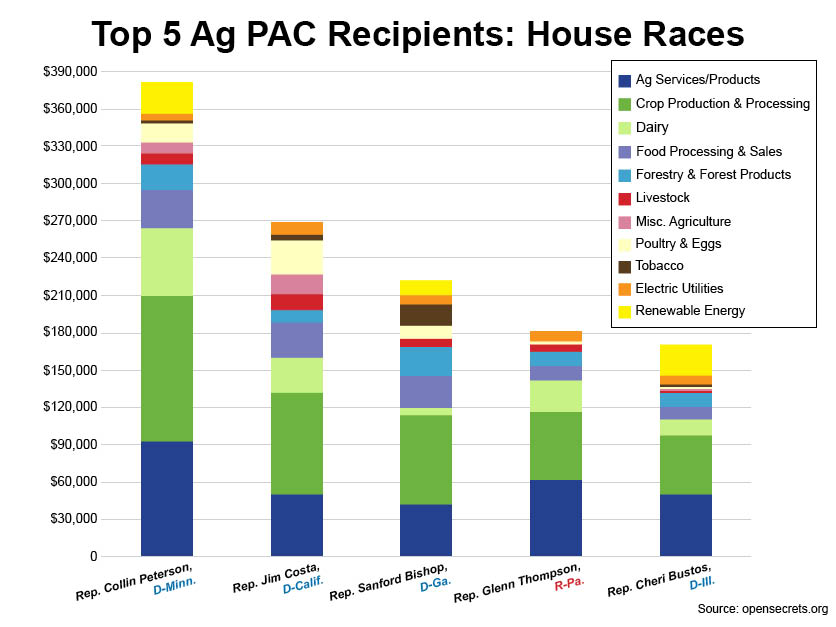 Kevin Price is the vice president of government affairs for American Crystal Sugar, which has consistently been the top PAC in agriculture and one of the top PACs in politics. He tells Agri-Pulse the influx of fresh faces on Capitol Hill impacted their strategy for the last two years.

“We made a concerted effort to get to know a lot of new members,” he said. “There are lots of great new relationships that we’ve built — and look forward to building more — while also valuing the longtime friends that we have in Congress.”

But that need for education brings with it a challenge for lobbyists: not running afoul of federal election laws. While the image of a fat-cat lobbyist wandering the halls of Congress handing out $100 bills to anyone with Representative or Senator before their name might make for a good political cartoon, both members and lobbyists alike are mindful of what kinds of conversations can happen, and where.

“You go to Capitol Hill to talk about issues, you go to fundraisers to talk about campaign-related activities, and the two shall not cross,” a D.C.-based lobbyist told Agri-Pulse. “The worlds are kept very separate, and for good reason.”

Here’s a breakdown of this year’s ag, food, and rural PAC contributions (figures are as of March 23):

There’s also the matter of the lingering coronavirus pandemic and its impact on the political process. Congress is out of town, fundraisers have ground to a halt, and some of the same lobbyists that would be interacting with an organization’s PAC spending are now focused on things like implementation of the $2 trillion recovery package. 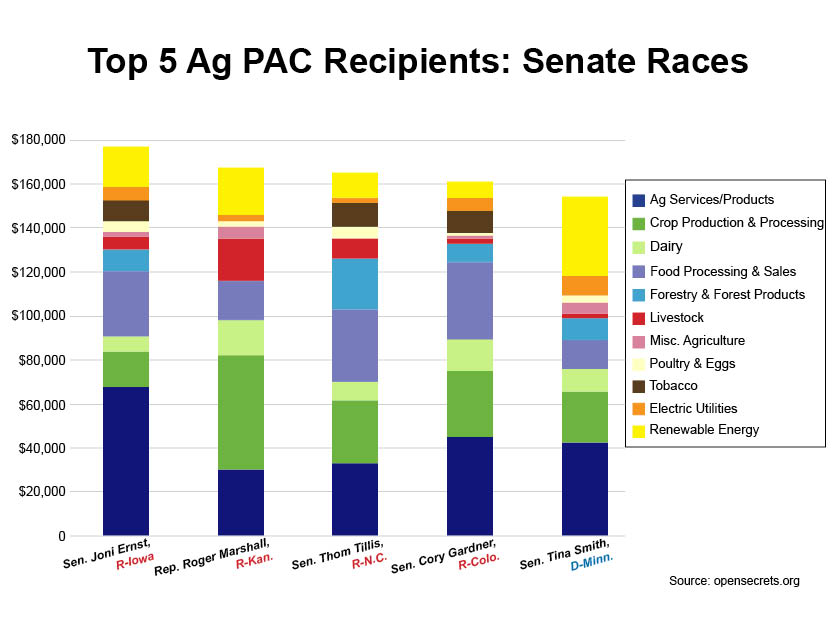 “On a national level, there’s far more discussion and engagement on dealing with the epidemic, dealing with the crisis that we face, than there is talking politics and talking campaigns,” Louis Finkel, senior vice president for government relations for the National Rural Electric Cooperative Association, said. “The politics of this are taking a back seat to dealing with the substance and the policies that are going to carry us through.”

But for those running for office, campaigning can’t wait. Some primaries have been rescheduled, but the race to win the hearts and minds of voters is ongoing, as is the clock ticking down to Election Day in just a little under seven months.

Marshall tells Agri-Pulse he has “not done any active campaigning” for the Kansas Senate seat he’s vying for since President Donald Trump issued his social distancing guidelines in mid-March. Trump, who became known in 2016 for hosting impassioned rallies full of ardent supporters, has not had a campaign event since March 2.