The Trump administration has finalized the first major changes to regulation of agricultural biotechnology in more than three decades.

As expected, a rule released by USDA on Thursday is getting mixed reaction in the ag sector. Farmers and the biotech industry are welcoming the streamlined regulatory process. But exporters are alarmed that companies won’t have to disclose crop modifications that they believe are exempt from regulation under the rule.

But, but, but: The National Grain and Feed Association, which represents major grain traders, criticized USDA for not requiring companies to disclose crop traits they self-certify as exempt from regulation. There needs to be “transparency in the types and uses of gene-editing and other technology being deployed and commercialized in U.S. grain and oilseed production,” NGFA says.

Greg Jaffe, biotechnology project director at the Center for Science in the Public Interest, a consumer advocacy group, said “government regulators and the public will have no idea what products will enter the market and whether those products appropriately qualified for an exemption from oversight.”

Keep in mind: EPA, which also regulates gene-altered crops that contain their own pesticides, is working separately on revisions to its rules. A proposed rule is expected this summer.

Read our report on the rule here. USDA has posted a Q&A here. 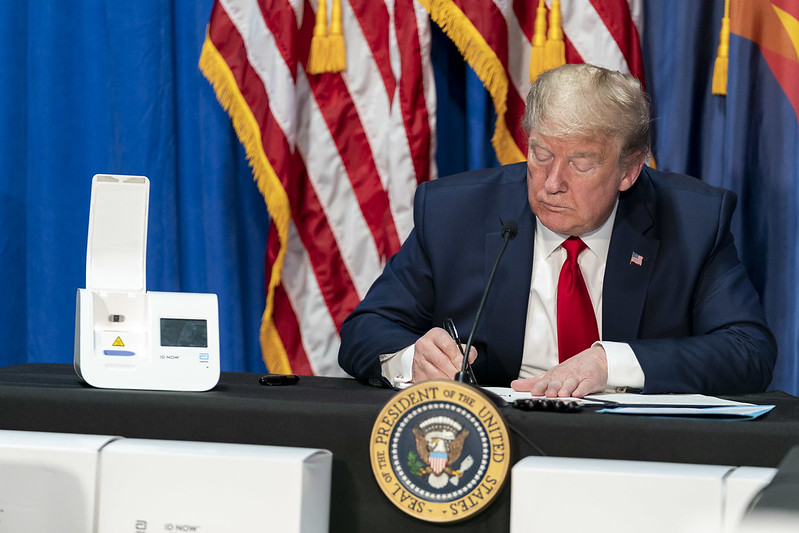 The Democratic-controlled House is expected to pass a $3 trillion stimulus bill today that contains an array of provisions for agriculture, including $16.5 in direct payments.

To no one’s surprise, the White House threatened Thursday to veto the measure. But the administration’s position statement also lists the president’s priorities for a new stimulus package, including business liability protections: The bill “should include a payroll tax holiday, safe- harbor provisions to protect businesses from frivolous lawsuits, permitting reform to facilitate infrastructure projects, and other policies to spur our economic comeback,” the statement says.

Although the House bill has no future in the Republican-controlled Senate, many of the ag provisions could show up in the next coronavirus relief package if lawmakers and the White House can agree on one. That’s not likely to happen before next month.

The National Milk Producers Federation said Thursday that the bill “includes multiple provisions to provide additional direct relief to dairy farmers based on the losses they face this year.” Among other things, the bill would enhance the farm bill’s Dairy Margin Coverage.

The International Dairy Foods Association welcomed a provision authorizing USDA to provide recourse marketing loans to processors and other companies to manage their supplies.

Vermont’s agriculture secretary, Anson Tebbetts, tweeted out the products that National Guard members will be distributing today to needy residents in Berlin, Vt. Each family will get: two gallons of milk; two boxes of meat, including 10 sounds of grilled chicken fillets and strips and 10 pounds of breaded chicken tenders and patties); one box of fresh produce; and a box of Cabot cheese and butter.

The first round of Food Box distribution runs through June. 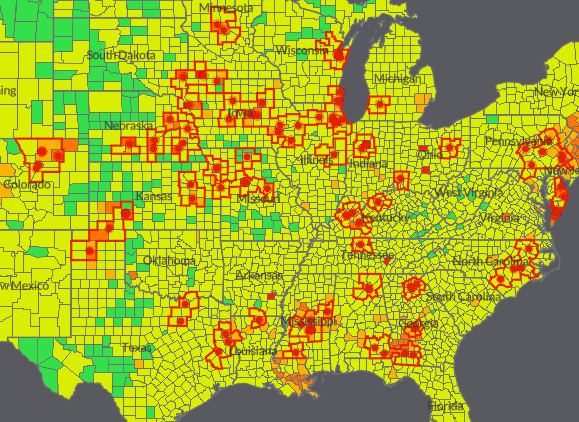 Counties that contain meatpacking plants and counties that neighbor them have almost twice the rate of COVID-19 cases than the national average, according to an analysis by the Environmental Working Group.

Don’t miss: Our in-depth report on how Tyson Foods and Waterloo, Iowa, have grappled with  one of the nation’s biggest meatpacking-related outbreaks.

US-China tensions heat up on accusations of Chinese cyber theft

New U.S. accusations of Chinese hacking are ratcheting up tension between the two countries as China continues to purchase U.S. ag commodities to fulfill promises made under the “phase one” trade pact.

Secretary of State Mike Pompeo, reacting to reports from the FBI and Department of Homeland Security that “cyber actors and non-traditional collectors affiliated with the People’s Republic of China” are stealing U.S. research into the COVID-19 disease, called on China to stop “exacerbating” the pandemic’s impact.

“The potential theft of this information jeopardizes the delivery of secure, effective, and efficient treatment options,” Pompeo said Thursday.

Keep in mind: China continues to purchase U.S. wheat, corn, soybeans, beef, pork and cotton. And now, China has opened its market to U.S. blueberries and barley, as promised under the “phase one” trade deal.

The latest ag credit survey from the Federal Reserve Bank of Kansas City provides a snapshot of the toll the pandemic is taking on farmers in the nation’s heartland. Only 15% of responding banks reported overall financial conditions are stronger than non-farm households during the first quarter.

The banks expect credit conditions to turn more negative in the second quarter as they look at economic challenges caused by COVID-19.

During the first quarter, banks “indicated the relative weakness of farm households was felt more strongly in Kansas, Oklahoma, the Mountain States and less so in Missouri,” the report said.

Take note: The region’s bankers expect credit conditions to turn more negative in the second quarter due to COVID-19.

He said it. “USDA’s SECURE rule will streamline and modernize our regulatory system, facilitate science-based innovations, and provide our farmers with the tools they need to produce the world’s safest, most abundant, and most affordable food supply, which will help us continue to Do Right and Feed Everyone – safely.” - Ag Secretary Sonny Perdue on the new biotech regulations.