The coronavirus pandemic has given a big boost to sales of plant-based meat as consumers search for protein amid the current health crisis.

While processing plants are now close to normal production, the meat sector struggled with the closure of plants and reduced production as thousands of employees became ill and dozens died of COVID-19. Some resulting price spikes due to decreased supply may be one factor in causing consumers' eyes to turn to alternative sources of protein. Figures recently released by the Plant Based Foods Association showed sales growth of plant-based meat exceeded that of meat during the "peak panic buying" period of the pandemic.

Sales of both fresh and frozen meat alternatives "have seen tremendous gains throughout since early March when coronavirus upended many grocery shopping patterns," said Anne-Marie Roerink, president of 210 Analytics, in an analysis of the market. "Dollar and volume sales gains versus the same week in 2019 have been in the double-digits for 13 weeks running."

Year-over-year sales gains hit 152% and 148% during the two panic buying weeks in March, Roerink noted. Since then, they've tapered off, but for the week ending May 24, sales of meat alternatives were still 57% above the same week last year.

An increase in meat prices could also accelerate the trend toward purchasing of alternative protein. The Bureau of Labor Statistics’ Consumer Price Index for April showed that over the past year, the price of meats, poultry, fish, and eggs, all popular proteins, increased 6.8%.

Plant-based meat companies may be the beneficiaries of these developments.

“We’ve seen a dramatic and significant uptick in our retail sales,” says Dan Curtin, president of Chicago-based Greenleaf Foods, SPC, owner of plant-based brands Lightlife and Field Roast Grain Meat Co. Based in Chicago, Greenleaf is a wholly owned, independent subsidiary of Maple Leaf Foods out of Toronto, which established the company in 2018 after buying the brands. Lightlife goes way back: Its founders got things going four decades ago by making tempeh in their garage in western Massachusetts.

Lightlife and Field Roast products are now in more than 30,000 retail locations nationwide, and the company is building a new production facility in Shelbyville, Ind., to complement production operations in Toronto, Massachusetts and Washington state.

Danny O’Malley at Before the Butcher, a California-based company that makes plant-based burgers and other meat alternatives, tells a similar story. But he also notes that because of the pandemic, his business took a hit both from the collapse of the foodservice sector and because his products were sitting in distribution centers for three weeks as retailers stocked other items.

“We went from a raging stream — trying to navigate the rapids of foodservice because it was growing very quickly for us — to a trickle,” says O’Malley, who started the company three years ago. Retail sales have nonetheless continued to grow, however, and now foodservice is bouncing back.

He says orders have come in over the past couple of weeks “from foodservice distributors that we did not see for upwards of six weeks before.” 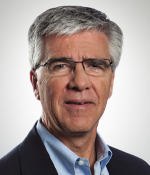 “There’s a very dim light at the end of the tunnel today,” he says. “I envision that light getting brighter and brighter each day as the economy begins to open up and rev up, and we see more restaurants opening up.”

Both Curtin and O’Malley think plant-based meat has finally arrived. Asked whether the sales increases will continue, O’Malley says, “Plant-based was on a very clear path prior to COVID and what COVID did was put a little pause on us,” but the industry has continued “to educate and open the eyes of the consumer” about the benefits of plant-based foods.

“Any plant-based meat provider today is riding a little bit of a wave,” O’Malley says. “The only thing that will perhaps limit us is waiting for the foodservice industry, specifically, to catch up to us,” he says.

Curtin also sees plant-based taking off. Asked whether the increase in sales will continue post-shutdown, he says, “We believe it will.”

“Clearly there’s been lots of buzz in the industry — what we’ve done with Lightlife and Field Roast, what Beyond [Meat] has done, what Impossible [Foods] has done,” he says. In addition, citing the myriad “eating groups” out there now – vegan, vegetarian, flexitarian, to name a few — Curtin says consumers are more open to trying new things.

“I don’t eat as much animal meat as I used to years ago,” he says. “Younger millennials are looking for options. The old days of just eating a black bean burger are gone. People are not going that way any more. People want products that are nutritious and delicious.”

Lightlife recently trimmed ingredients from its products in response to what it called “the most comprehensive research study in plant-based protein history,” in which it surveyed more than 11,500 consumers “to better understand their values and expectations from plant-based protein.”

What they wanted was ingredients they could recognize, so Lightlife reformulated its plant-based burger, removing modified corn starch, yeast extract and ascorbic acid “and only including ingredients you know, like pea protein, coconut oil, garlic powder and beet powder.”

At Quorn, which makes its alternative meat products using mycoproteins, Ben Sussna, head of marketing for Quorn Foods US, says, “We believe the demand for healthy and sustainable alternatives to meat will show no sign of slowing down as more consumers try and adopt meat-free protein into their diets. The higher price and lower availability of meat has pushed consumers to look to other options – including meatless products like Quorn.”

He adds, “The pandemic has raised even more awareness about global climate change and the impact of animal protein production on the environment.”

Of course, meat isn’t going anywhere anytime soon, and some research shows consumers haven’t changed their eating habits much. In a recent survey conducted by the International Food Information Council, about half of consumers said they were eating the same amount of meat and other animal products (eggs and dairy), and protein from plant sources (beans, legumes, and  tofu or soy) as they were before the pandemic.

In addition, “The amount of people saying they’re eating more or eating less of these types of protein is nearly equal, and this also holds true for plant alternatives to animal meat,” said Allison Webster, IFIC’s director for research and nutrition communication.

210 Analytics' Roerink notes that since the week of March 15, “the meat department has seen tremendous year-over-year growth. During difficult times we often see people fall back into more conservative eating patterns. In this case, this notion of ‘back to the familiar’ resulted in big boosts for meat and poultry.” Between March 8 and May 10, meat department sales jumped 45.2% versus the same period in 2019.

She also noted, however, that meat alternatives over the same period saw increased sales of 86% over the year-earlier period, and were even higher during the “panic buying” that occurred in March. But she also said the size of the market matters.

While the 86% on sales gains generated an additional $100 million in sales over a year ago, meat sales brought in an additional $1 billion over the same period, without looking at “the tremendous gains in frozen meat sales.”

“In other words, it is important to look at absolute dollars and pounds, in addition to percentage growth, as they will quickly spike when the base is small,” Roerink said. “At its highest point, plant-based meat alternatives represented 1.51% of combined meat and alternatives sales. But given the tremendous dollar and pound grown seen in meat, plant-based meat alternatives’ share actually dropped to a low of 1.18% during mid-April but has recovered somewhat to 1.27% the second week of May.”

Russell Zwanka, an associate professor of food and consumer package goods marketing at Western Michigan University, says, “There wasn’t as much around last year so it’s going to be a big increase no matter what, because your base was so small.”