In fact, the country’s reservoirs, large and small, pose an escalating threat of engulfing or damaging towns, homes, farmsteads, processing plants, livestock facilities, highways, bridges, and any other parts of rural America downstream from many of the nation’s 91,500 dams.

But lately, nature has lobbed a few large-caliber warning shots.

The American Society of Civil Engineers (ASCE) sums up its appraisal of the condition of U.S. dams with a grade of D and declares the country’s dams need urgent and extensive attention. Their average age is 56 years, and in five years 70% of them will be over 50 years old. One in six is classified as high hazard, which means people are living below a large reservoir restrained by a high dam. Another one in eight of the dams pose “significant hazard potential,” threatening significant economic losses to downstream infrastructure, including farms.

The U.S Army Corps of Engineers (ACE) estimates that no emergency action plan (EAP) has been done for nearly 20% of the high-hazard dams.

Nor is the challenge of fixing dams going to wait. Climate experts’ outlook, including the 2018 White House National Climate Assessment, point to the rising frequency of record-setting rains and other severe weather events. The White House report warns that deteriorating dams “represent an increasing hazard when exposed to extreme or, in some cases, even moderate rainfall.”

The near catastrophe at the Oroville Dam made that point clearly to the nation’s dam safety officials.

Liza Whitmore, a California Department of Water Resources official, says the Feather River watershed above the dam had record rainfall in the two months preceding the spillway's failure, which sent “an entire year’s average runoff – 4.4 million acre-feet – in 50 days” into the reservoir.

She explains that the dam is listed as high hazard solely because of the large downstream population, and it is inspected annually to ensure it meets all ACE safety standards. But the DWR has done “an in-depth assessment” and revisions to its dam safety program since the 2017 event, she says, and reconstructed the 50-year-old dam using today’s top engineering practices, which “has left Oroville Dam with two of the most robust flood outlets in the world.”

Across the nation, “there has been great success in the periodic inspection of dams, especially high-hazard potential dams … and many dams are successfully upgraded and repaired every year,” reports Katelyn Riley, communications manager for the Association of State Dam Safety Officials (ASDSO). “But there still are over 2,300 high-hazard potential dams … with a condition rating of either poor or unsatisfactory” in the ACE’s National Inventory of Dams, she says.

Further, all sorts of development and population growth continue below most dams of significance, and the ACE says those downstream population increases have added 1,600 dams to the high-hazard category in just the last decade.

Despite the mounting risks with big dams, many small dams on farms and ranches across the country fail every year but cause no fatalities or big disasters.

“We do have dams that fail every year: smaller dams on ranches and … farm ponds,” or small ones managed by irrigation districts, towns or other local entities, says Tim Gokie, chief engineer for the Dam Safety Section of the Nebraska Department of Natural Resources.

“Unfortunately, for most people, when it comes to their dams … it’s always been there, out there in the pasture, and I don’t know that they pay attention to it,” he says. 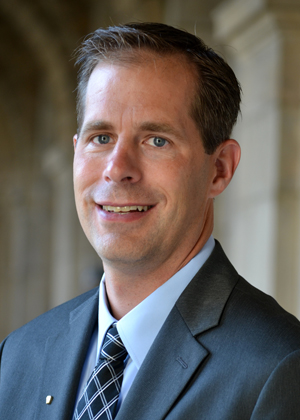 But folks do face personal losses and lose their water supply, Gokie says, because the typical spillways for small dams – a big corrugated metal pipe under the dam's earthen embankment – have not been checked and are rusting out.

The pipes usually rust out along the bottom, and the reservoir forces water through the rusted holes at the bottom of the pipe, Gokie explains. “Once that process starts, it doesn’t take very long … until you have a hole all the way through the dam on the outside of the pipe. It can unravel really quickly and you get a dam failure,” he says.

Gokie’s team inspects all Nebraska spillways every five years, and because of the advanced age of most metal spillways “we are finding more and more of those holes. The key … is to catch it early,” he advises.

There is help for farmers who want to fix or rebuild an old farm and ranch pond, and the Environmental Quality Incentives Program may be the best first USDA stop for a farmer or rancher wanting to rebuild an old dam or prevent its failure.

EQIP contracts from the USDA Natural Resources and Conservation Service can fund up to 75% of watershed management project costs to rehab a farm pond, for example, or repair an irrigation canal or irrigation pipeline,

In fact, the 2018 farm bill expanded EQIP to allow contracts for water management entities when they support a water conservation or irrigation efficiency project that will benefit private agricultural producers’ water supplies. The newly eligible entities can be a state, irrigation district, groundwater management district, or other local community water entity. The contract can apply to dams when they involve an entire watershed in a conservation project.

NRCS advises, however, that grants under the expanded eligibility won’t be available until new rules for EQIP are finalized.

Meanwhile, NRCS’s main small watershed program has been helping farmers and ranchers for about 70 years with dams for farm water supply, conservation, irrigation, and flood control.

One result is the accumulation of 12,000 small dams nationwide that NRCS (and its forerunner agency) helped build and now tries to help owners maintain. Not only are those dams filling with sediment and their spillways rusting out, but all sorts of development continues below them.

So, an NRCS watershed expert explains, the number of high-hazard dams under the agency’s watch has climbed to nearly 2,100, more than double when the ponds were developed decades ago.

Five years ago, NRCS invited proposals for dam rehabs, received 393 requests, and has since been divvying up funds to towns, counties, water managements and irrigation districts and so forth, at a pace of about $30 million annually in most recent years. NRCS dollars usually cover about 65% of project costs.

For Fiscal Year 2020, the agency awarded $25 million for a range of dam rehab projects, at about $2 million to $3 million each for construction, and grants in various amounts for project feasibility assessments and planning.

Nationwide, meanwhile, ASDSO estimated in 2019 that it would cost the nation at least $23 billion to rehabilitate just high-hazard dams now in unsatisfactory condition.

The Corps and the Federal Emergency Management Agency help communities repair and replace failed dams and rehab deteriorating ones. Adoratia Purdy, an ACE public affairs specialist, says the Corps has been spending $350 million annually, on average, for several years, on dam safety studies, maintenance, and construction of dams.

FEMA, meanwhile, has the National Dam Safety Program that works with public and private dam owners, plus a grant program to help rehab old high-hazard dams. FEMA kicked in $333 million, for example, toward rebuilding the Oroville Dam spillways and related repairs and replacements in 2017 and 2018.

Rep. Abigail Spanberger, D-Va., who chairs the U.S. House Agriculture Subcommittee on Conservation and Forestry, tells Agri-Pulse, however, “the issue of repairing and rebuilding small dams in our rural areas is one of critical importance and urgency, particularly as extreme climate conditions exacerbate flooding and droughts.”

The NRCS watershed program "must remain part of this important debate” if the House takes up another large-scale infrastructure package, she added.