The Legislature is considering a budget trailer bill that would expand family medical leave as a requirement for smaller businesses and to cover more medical situations.

The proposal would allow up to 12 weeks of leave to bond with a new child or to care for a seriously ill family member. It would also allow up to eight of those weeks to be paid.

The issue came up in a recent budget hearing for the Assembly.

“This will be a significant and expensive new burden for very small farm employers in California who are struggling right now to recover from the economic shock of COVID-19,” said Bryan Little of the California Farm Bureau during the hearing.

He encouraged the Legislature to consider the proposal under “the normal policy process,” with committee votes and public input instead. The Legislature rejected a similar proposal last year.

On that note: The budget proposed by the Legislature would withdraw funding for CDFA to hire a rural economic advisor. The economist would study and report on issues such as the impacts on local communities from implementing the Sustainable Groundwater Management Act. 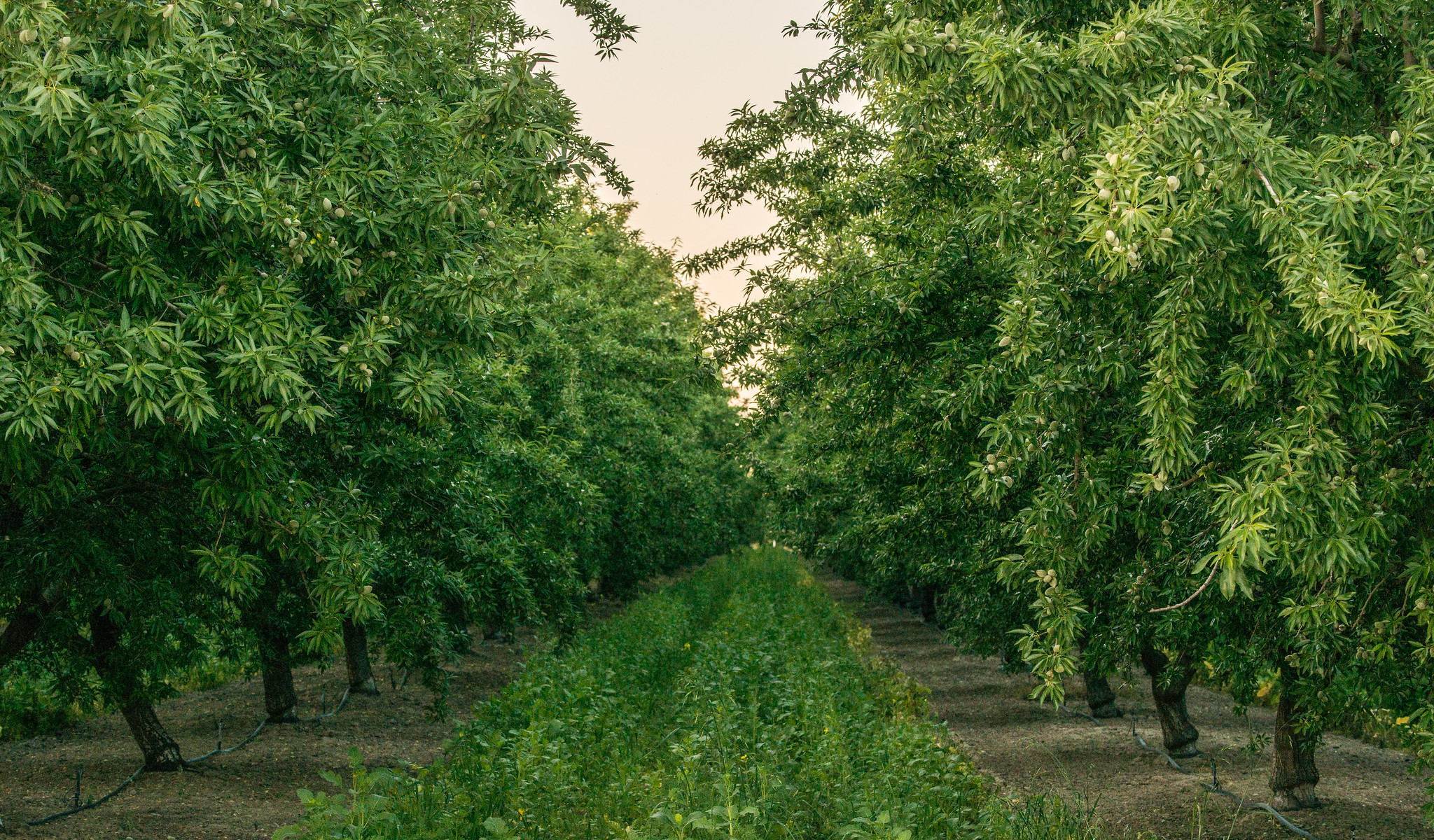 Assembly Bill 2106 would incentivize farmers to create nesting habitat for waterfowl by planting cover crops and other vegetation or by idling farmland. Duck hunting fees would pay for the program.

Asm. Cecilia Aguiar-Curry of Winters presented her bill on the Assembly floor yesterday.

The lawmakers advanced the measure to the Senate with 67 votes in favor and not a single vote against it.

On that note: AB 2954 was also up for a floor vote yesterday. It proposes adding agricultural lands to California’s climate goals for reducing carbon emissions and has gained wide opposition from farm groups. Asm. Robert Rivas was yet unable to gather enough votes to pass the measure. 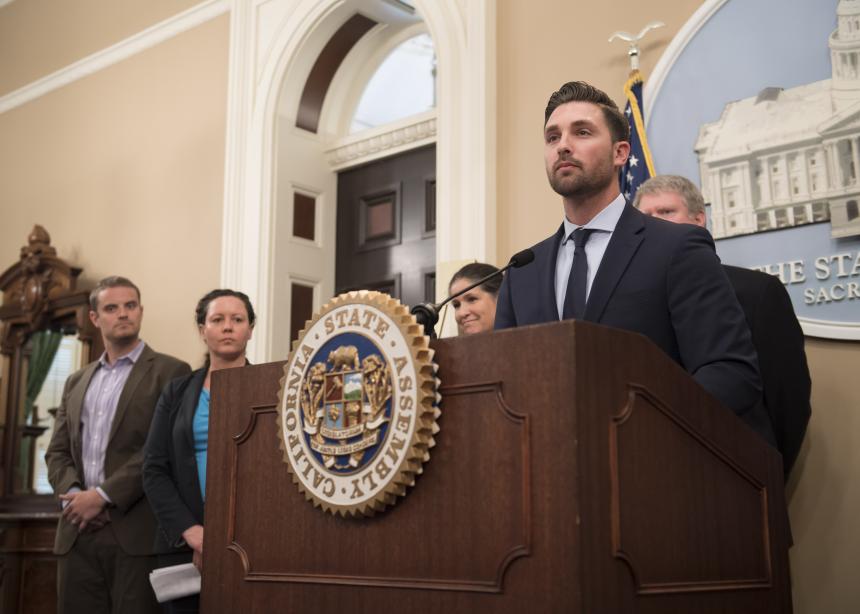 Proposal threatens to raise the cost of feed

The Assembly also debated a bill that would adjust the supply chain for recycling agricultural byproducts, like almond hulls, into cattle feed. To the bill’s author, Asm. Ian Calderon of Los Angeles, the measure simply cleans up a 2018 policy to close a loophole.

To Fresno Republican Jim Patterson, however, it’s a “dirty-up bill” that would send more ag waste to the landfill while putting renderers out of business. The California Farm Bureau agrees and is leading a coalition of ag groups in opposition to the measure.

Seeing a need for more support, Calderon held the bill for a later vote.

Nearly half the money, $676 million, has gone to livestock producers, primarily beef cattle and hogs. Corn, soybeans, cotton and other row crops have received $368 million, while $337 million in payments have gone to dairy farms. Growers of fruit, vegetables and other specialty crops have received less than $25 million.

Producers in Iowa lead the nation with $112 million in payments roughly divided between row crops and livestock. Wisconsin has received $108 million, with most of that – nearly $80 million – going to dairy producers. Nebraska farmers have received about $99 million.

The Senate is moving a landmark conservation bill, the Great American Outdoors Act, that would provide permanent funding of $900 million a year for the Land and Water Conservation Fund, which in part pays for federal land acquisitions. The money comes from oil and gas revenues.

The bipartisan measure would simultaneously provide $1.9 billion a year over the next five years for maintaining public lands. Critics of providing long-term funding for the LWCF have long argued that maintenance needs should take precedent over acquiring new lands.

The Senate voted 80-17 Monday evening to bring up the bill for debate.

Take note: Getting the bill on the Senate floor was a victory for two vulnerable Senate Republicans, Cory Gardner of Colorado and Steve Daines of Montana.

But the National Cattlemen’s Beef Association, American Sheep Industry Association, Public Lands Council and many of their state affiliates strongly oppose the bill. They argue that it would guarantee at least $360 million a year for purchasing new federal land at a time when the government can’t maintain the land it has.

“If passed, the GAO Act sentences hundreds of millions of acres of American land and water to a poorly-managed future,” the groups say in a letter to Senate leaders.

Mexico latest to end glyphosate use

The use of glyphosate will be gradually phased out in Mexico, the country’s secretary of environment and natural resources has told a Mexican news outlet.

Víctor Manuel Toledo Manzur told Aristegui Live, however, that he is open to dialogue with the agricultural community. "We cannot say that this is a closed case. On the contrary, it is an open discussion," he said.

In November, Mexico prohibited the import of a shipment of 1,000 tons of glyphosate into the country, citing the “precautionary principle.”

Farmers can use existing dicamba stocks

Farmers who rely on dicamba herbicides are finally getting some clarity from EPA – but only short-term relief.

On Monday evening, the agency announced it is canceling registrations for dicamba formulations in line with a Ninth U.S. Circuit Court of Appeals ruling.

EPA says farmers and commercial applicators can still spray dicamba on crops, but only if they had the chemicals in their possession on June 3, the date of the ruling. The chemical can only be used until July 31.

“At the height of the growing season, the Court’s decision has threatened the livelihood of our nation’s farmers and the global food supply,” said EPA Administrator Andrew Wheeler.

Canceling the registration and allowing farmers to use existing stocks “is consistent with EPA’s standard practice following registration invalidation, and is designed to advance compliance, ensure regulatory certainty, and to prevent the misuse of existing stocks,” Wheeler said.

Read our story on the developments here.

“In my 35 years of polling, I’ve never seen opinion shift this fast or deeply. We are a different country today than just 30 days ago. … The consequences politically, economically, and socially are too great to fit into a tweet. This is big. This is ‘Beatles on Ed Sullivan’ big.” – GOP pollster Frank Luntz on the dramatic shift in public opinion about race and policing