Home » The beginning of the end to the China deal?
News Politics Trade

The beginning of the end to the China deal?

President Donald Trump on Thursday issued another veiled threat to the U.S.-China “phase one” trade pact as the relevancy of the deal comes under question with perhaps just months left in the Trump presidency.

Speaking to reporters at the White House, Trump proclaimed that the “phase one” trade deal with China holds far less importance to him now than it did just several months ago.

“The trade deal means less to me now than it did when I made it,” Trump said in a press conference. “When I made it, it was a great deal.”

Remarks like that and actions by the two governments have economists wondering just how secure the deal — and the billions of purchases of American ag goods that go along with it — really might be.

“The Chinese will buy what they need,” says Dan Basse, president of the AgResource Company. “No more and no less.”

Meanwhile, China is not buying U.S. ag commodities like ethanol, distillers grains and rice, even though doing so would push the country further toward meeting its “phase one” pledge of purchasing $36.5 billion of U.S. farm products in 2020.

“I’m sure the Chinese are saying, ‘We’re just going to buy what we need and wait to see who the next president will be,’” Basse said.

A major flaw in the “phase one” deal is the “artificial” nature of the way it seeks to boost Chinese imports, says Joe Glauber, a senior research fellow at the International Food Policy Research Institute and former USDA chief economist.

“I think the set targets are nice, but it’s very artificial,” Glauber said. “If you really want to increase trade, get a deal that reduces tariffs. They need our product. They want our product.”

China has rapidly picked up its pace of soybean, corn and sorghum purchases. Some Trump administration officials say that’s evidence that China is serious about its “phase one” commitments, but others point to market incentives, COVID-19 panic-buying and the growing fear of a narrowing window for trade as the relationship between the two countries continues to worsen. 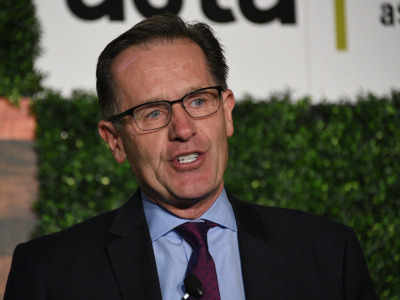 Just Friday, the Chinese shut down the U.S. consulate in the city of Chengdu. That was a direct reaction to the U.S. closing the Chinese consulate in Houston after accusing China of using it as a “hub of spying and intellectual property theft,” in the words of Secretary of State Mike Pompeo.

China continues to voluntarily exempt some importers from tariffs on U.S. soybeans and other commodities. That’s technically not part of the “phase one” deal, but it’s a direct result of the pact and a necessity for Chinese crushers who need to keep themselves supplied in the coming months.

A return to tariffs on U.S. soybeans would be expensive for Chinese crushers and livestock producers, but the potential cost diminishes every day as China continues to build up its stocks at a breakneck speed — first with massive purchases from Brazil and now with increasing imports from the U.S.

China is creating “supply comfort” as the political relationship between the two countries deteriorates, Basse told Agri-Pulse. After China buys several million more tons of soybeans, it will be in good shape to last until Brazil’s next harvest starts in December.

But that’s not a fair assessment of the situation, says one source, speaking on terms of anonymity because of the sensitivity of the issue. There is no way that Chinese importers would be buying U.S. ag commodities if they did not have the tacit approval of the Chinese government, which is intent on honoring “phase one.” And often, it is actually the Chinese government making the purchases of U.S. commodities through state-controlled companies.

Still, there’s another urgency to ag trade between the two countries. The Chinese, says Arlan Suderman, Chief Commodities Economist for StoneX Group Inc., are deeply concerned that the COVID-19 pandemic will eventually shut down U.S. ports, just as it did Chinese ports earlier this year.

“There is reason to be concerned about escalating tensions, but China’s soybean buying behavior has to do with a lot more than that,” Suderman said. “China truly believes … it’s only a matter of time that ports are eventually going to shut down. China is trying to get as much in as it can before that happens. They front-loaded Brazil first.”

Perdue: Japan ag trade deal possible by the end of the month
US rice mills want China to hurry up and seal the deal
Perdue: TPP could be the key to confronting China

So the goal for the Chinese is to stay supplied until the next Brazilian harvest, which continues to grow in size.

“Next year if Brazil produces 130 million tons of soybeans, the Chinese do not need U.S. soybeans anymore,” Basse said.

But they do need U.S. soybeans now. China bought about 43 million metric tons of Brazilian soybeans from January through June at a record pace, with about 10 million tons in June alone, according to data collected by the StoneX Group Inc. Those purchases from Brazil are continuing through July, but China has turned increasingly toward U.S. soybeans as Brazilian supplies tighten and U.S. prices become more competitive.

The latest USDA weekly trade data, a snapshot from July 10-16, shows the accelerated pace of China’s U.S. purchasing push. The report shows net sales of 1.7 million tons of U.S. soybeans to China, most of which is for 2020-21 delivery, and 71,300 tons of physical exports. Since July 16, the USDA announced subsequent and separate daily sales to China that total 1.237 million tons.

“It looks like the Chinese are in a rush to go after supplies,” Basse said. “I believe it’s because of political tensions and (Chinese importers) want to make sure they get what they need and then we’ll see what happens. The last two weeks they’ve been very active and I know the trade will be watching in the coming weeks to see if it stays that active.”

Trump hailed recent large purchases of U.S. corn as a “phase one” success, but market watchers say China needs the corn, and importers are getting it delivered from the U.S. for prices below what they would pay for domestic supplies.

Domestic Chinese corn prices are spiking above $8 a bushel in southern China, says Suderman. But importers can get U.S. corn delivered there in August for $6.10 per bushel — so long as the Chinese retaliatory tariffs are waived. 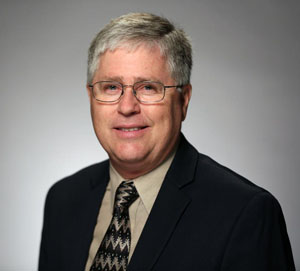 Perhaps more telling about the relevance of the “phase one” deal on China’s purchases is what it’s not buying. One U.S. government source stressed that while China is buying a lot of soybeans and corn, the country will not be able to reach the $36.5 billion in 2020 purchases that it promised unless it begins buying ethanol and distillers grains.

China has taken “a little bit” of ethanol from the U.S. this year, but that was only a result of an anomalous redirected sale, according to Basse.

“Essentially, China’s not buying ethanol,” he said. “That’s one of the things I’ve been watching to see how serious China is about the 'phase one' trade agreement. “Would they buy ethanol? Would they buy distillers grains?”

So far, the answer is no. To make those sales possible, China would have to lift tariffs on ethanol and anti-dumping duties on DDGs.

“They’re simply not making any moves for it to happen,” Basse said. “They stopped their ethanol mandate program, so ethanol isn’t needed for that program anymore, and they’re still supporting their (domestic) ethanol industry by not allowing our distillers grains in.”

U.S. Grains Council President and CEO Ryan LeGrand says he is optimistic that China will begin buying U.S. ethanol on a large scale, although he doesn’t expect that to happen until later in the year.

“Just a few years ago they started buying over 200 million gallons in a year and they were just getting started,” LeGrand said. “China could potentially be a 1-billion-gallon market for U.S. ethanol. The potential is huge.”