Farm Hands on the Potomac: Stefanou selected to lead ERS

Agricultural economist Spiro Stefanou has been selected to serve as the new administrator of USDA’s Economic Research Service. For the past five years, Stefanou has taught economics at the University of Florida’s Institute of Food and Agriculture. Before that, he served 30 years as an agricultural economics professor at Penn State University. To read more on Stefanou’s appointment, click here. 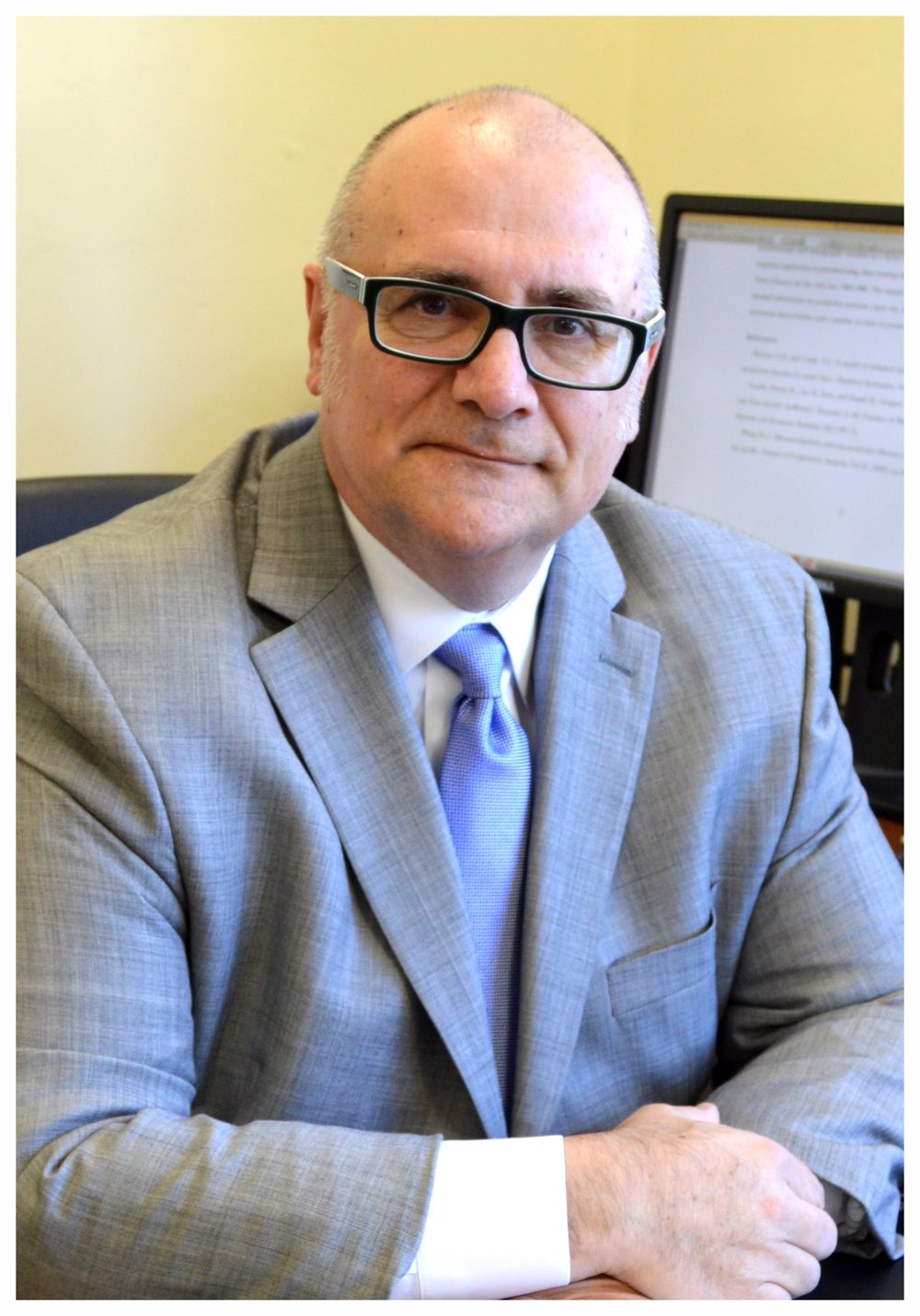 Debora Hamernik has joined the National Institute of Food and Agriculture to serve as the division director of the Division of Animal Systems of the Institute of Food Production and Sustainability. Hamernik previously worked at the University of Nebraska, where she served for two years as associate vice chancellor for research in the Office of Research and Economic Development and nine years as associate dean of agricultural research and associate director of the Nebraska Agricultural Experiment station.

Kevin Kramp has been selected to be the Farm Credit Administration's deputy general counsel, a position he was actively serving in since March 1. Kramp joined FCA in 2015 as executive assistant to board member Jeff Hall, and served in that capacity until he was appointed acting deputy general counsel. Before coming to the agency, Kramp worked for many years on Capitol Hill, including serving on the staff of Reps. Jim Nussle, R-Iowa, and Bob Goodlatte, R-Va. In 1996, Kramp joined the staff of the House Agriculture Committee and was named chief counsel in 2003.

Bayer has tapped Sara Boettiger to lead its global Crop Science Public Affairs, Science and Sustainability organization effective Sept. 1. She is responsible for driving the divisional strategy for sustainability, stakeholder engagement and public affairs. Boettiger joins Bayer from McKinsey & Company, where she was a senior adviser and co-leader of the McKinsey Center for Agricultural Transformation. In this role, she focused on issues in agriculture, climate change, food security and nutrition to help advise companies and governments around the world. Before that, she served as the deputy director at the Bill & Melinda Gates Foundation.

PepsiCo, Inc. has hired Roberto Azevêdo, formerly the director-general of the World Trade Organization, for the newly created position of executive vice president and chief corporate affairs officer. Azevêdo has been director-general of the WTO since September 2013. From 2008 to 2013 he was Brazil's ambassador to the WTO, and from 2006 to 2008, he was vice minister for economic and technological affairs at the Foreign Ministry in Brasilia, where he was Brazil's chief trade negotiator for the Doha Round and represented Brazil in Mercosur negotiations. PepsiCo has also elevated Jim Andrew to chief sustainability officer, effective Sept. 1. He will succeed Simon Lowden, who has decided to retire after 24 years with the company.

The Kraft Heinz Company has named three individuals to its U.S. leadership team. Cory Onell has been hired as the new president of U.S. sales, Sanjiv Gajiwala is now the U.S. chief growth officer, and Stephanie Peterson has been tapped as the head of U.S. communications. Onell comes to Kraft Heinz after most recently serving as senior vice president of sales and the head of U.S. retail and customer and commercial teams for the J.M. Smucker Company. Before that, he worked for Campbell Soup Company, Kimberly-Clark Corporation, Mondelēz International and Kraft Foods. Gajiwala was most recently senior vice president of marketing for Mike's Hard Lemonade Co. Before joining Kraft Heinz, Peterson served in senior-level communications roles at PepsiCo, KIND Snacks, and, most recently, IHOP Restaurants.

Paul Schlegel, vice president of public policy for the American Farm Bureau Federation, will be retiring at the end of October. Schlegel joined AFBF in 2005 as director of public policy and has handled a variety of issues. Before joining AFBF, Schlegel served for more than 20 years in senior staff positions in the House of Representatives for several members of Congress. In retirement, Schlegel hopes to volunteer in his community, pursue personal interests and travel internationally when conditions allow. 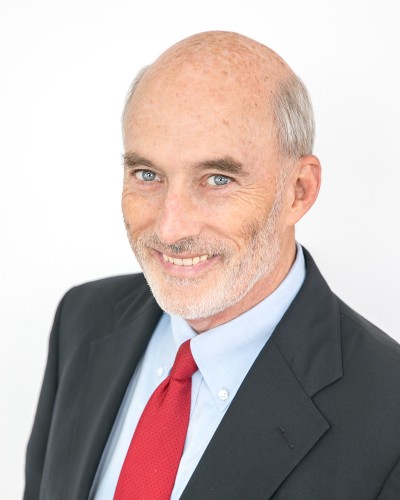 Jared Henderson has been promoted to deputy chief of staff for Rep. TJ Cox, D-Calif. Henderson was the legislative director for Cox and handled the portfolio for agriculture and food, labor and employment, foreign trade, and international affairs.

Cory Harris has left the American Feed Industry Association where he served as government affairs manager and is headed to Capitol Hill to become the legislative director for Rep. Jim Baird, R-Ind.

Johnny Alavez has joined the National Corn Growers Association as a legislative assistant, based in the Washington, D.C. office. He will help support the Risk Management Action Team and other public policy areas as needed. Alavez comes to NCGA from Capitol Hill, where he served in the office of Rep. Dan Newhouse, R-Wash.

Kansas Soybean Association CEO and administrator for the Kansas Soybean Commission, Kenlon Johannes, has announced his intent to retire in March 2021. Johannes has an accomplished 40-year career in the soybean industry, including 20 years at Kansas Soybean. Before joining Kansas Soybean, he served as the executive director of the Missouri Soybean Association and Merchandising Council and the Wisconsin Corn and Soybean Program. In retirement, Johannes plans to spend time with his family as well as take up some consulting opportunities.

The Illinois Soybean Association announced the promotion of Brian Hansen, who has been serving as the organization’s chief financial officer. Hansen will now add chief operating officer to his title. Mike Levin is also being promoted to senior director of government affairs and Andrew Larson has been promoted to director of public policy and market development. Rachel Peabody has been promoted to director of communications and Amy Roady is moving into the newly created director of outreach role. Other promotions and role changes include: Heather Atkinson, digital communications manager; Megan Miller, research, sustainability and outreach manager; and Stephen Sostaric, legislative coordinator.

Sara Arsenault has taken a new job with the California Farm Bureau Federation as the director of the federal policy department. Arsenault has spent last two years as the public policy manager at the National Association of State Departments of Agriculture.

The Cotton Board elected new officers at its 2020 annual meeting. Outgoing Chairman Jeff Posey handed the gavel to newly elected chairman Jimmy Webb, a cotton producer from Leary, Ga. Webb is a past recipient of the Georgia Farmer of the Year award, former chairman of Cotton Council International, and has served as a member on The Cotton Board since 2011. Other elected members include: Sonja Chapman, importer from Boonton, N.J., vice chairman; Mark Nichols, producer from Altus, Okla., secretary; and Akiko Inui, importer from New York City, treasurer.

Todd Hubbs is leaving the University of Illinois and has taken a new role in a senior outlook position at USDA’s Economic Research Service. At the U of I, Hubbs performed outlook analysis and research for commodities of importance to Illinois farmers and wrote the weekly grain price outlook on farmdoc daily.

The World Food Program USA has named Gabriella Morris as the new chief philanthropy officer, effective Sept. 8. Morris currently serves as senior vice president of strategic partnerships and interim chief development officer at UNICEF USA. Before that, she served as senior vice president of the UNICEF USA Bridge Fund, an investment fund which fast-tracks lifesaving assistance to children in need.

The board of directors of Mercy Corps has selected Tjada D’Oyen McKenna as the new chief executive officer, effective Oct. 15. McKenna previously served as the chief operating officer for two international nonprofits: CARE and Habitat for Humanity International. McKenna has also served in roles with the Bill & Melinda Gates Foundation and the U.S. government, specializing in food security.

Martha Stewart, Impossible Foods chief financial officer David Lee and J.D. Vance have been added to AppHarvest’s board of directors. These additions were made as the company prepares to open a 2.76-million-square-foot indoor farm in Morehead, Ky., this fall. AppHarvest has also hired Marcella Butler as chief people officer, formerly at Impossible Foods and Google; Jackie Roberts as chief sustainability officer, most recently working at The Carlyle Group and the Environmental Defense Fund; and Geof Rochester as chief marketing officer. Rochester previously worked at The Nature Conservancy, WWE, Showtime, Comcast and Procter & Gamble.

Nooley Reinheardt, a USDA rural development staffer during the Carter Administration and later a consultant who specialized in rural housing programs, died Aug. 18 at Beaufort Memorial Hospital in Beaufort, S.C., after a brief illness. He was 73. Before becoming assistant to the undersecretary of agriculture for rural development, Reinheardt was assistant vice president for regional and community development at the University of New Mexico, a member of the Bernalillo County Commission in Albuquerque, and associate editor of Golf World magazine. He was a member of the National Democratic Club in Washington. His Nooley Reinheardt & Associates consulting operation was based in Hilton Head Island, S.C.

Douglas James DiMento, director of communications at New England’s Agri-Mark Inc., dairy cooperative for 37 years, died Aug. 22 at his home in Georgetown, Mass., after a brief bout with pancreatic cancer. He was 63. DiMento was given the Cooperative Communicators Association’s H.E. Klinefelter award, the association’s highest, earlier this year.

David Sandretti, director of legislative and public affairs for USDA’s undersecretary for rural development during the Obama Administration, died June 23 at his home in Washington of congestive heart failure. He was 59. He earlier was communications director for the Senate Committee on Environment and Natural Resources and served on the staffs of Senators Russell Feingold of Wisconsin, Ron Wyden of Oregon and Barbara Boxer of California.