Farmers worry that a proposed water regulation requiring vegetative buffers along waterways would create new habitat for invasive pests as well as fuel for wildfires.

In the latest of several workshops the Central Coast Regional Water Quality Control Board has held on Agricultural Order 4.0, Salinas Valley farmer David Costa argued the proposal has not considered the impacts on pest management. Costa has observed a lettuce disease spread rapidly throughout the valley and devastate crops.

“We're being hammered really badly,” said Costa during testimony to the board last week. “I can't overstate how bad this problem has become in certain hotspots.”

The pathogen, known as impatiens necrotic spot virus (INSV), has affected 177 acres of Costa’s fields, resulting in more than $600,000 in losses—which is rising as harvest continues. Within one week, the disease consumed an additional 50% of one of his fields. It is spread by western flower thrips, which have been surviving winters in foliage near the farm. Costa said he has worked with CalTrans on mowing grasses along roadways more frequently to reduce the insects’ habitat.

Costa’s family operation spans 43 ranches along the Central Coast region, with an average size of 13 acres and more than 700 employees in all. At least 12 of the ranches run along various types of waterbodies and would require the buffers. Under the current draft of Ag Order 4.0, which is set to be approved by February, Costa would also have to create vegetative habitat along one of his ranches that is adjacent to a dry creek. He would not be able to use pesticides on the vegetation to manage the thrips.

The board expects the buffers to act as filters for pesticide and nitrogen runoff from fields. A review by a consulting firm, however, found the requirements were unlikely to achieve water quality objectives and “lack a sound scientific basis.”

The amount of vegetation called for under the order would be significantly more than the two or three inches of grass where the insects currently thrive. 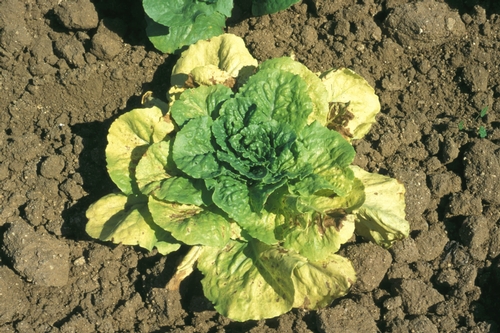 “We're on a pretty significant collision course between this disease proliferation and the riparian habitat proposal,” said Costa. “If I was a small grower along a riparian area, and I was losing all my crops like this, I'd be out of business.”

Costa argued the regulation would lead to a number of unintended consequences, such as having to apply much more pesticide to fields to control the insects.

The regional water board members were receptive to Costa’s concerns and could revise the order later to address the problem. Yet they struggled to determine what that compromise solution could look like.

“Perhaps if the right species of vegetation was planted, that the thrips don't care for, maybe that would help to reduce or eliminate the problem,” suggested board member Jeffrey Young, adding that maybe monocropping was an issue.

Costa replied that the insects are simply looking for cover and even organic crops with beneficial flowers in and around the field have had to be destroyed due to the disease. Another board member pressed for other biological controls, like predatory insects. Costa did not rule those out but said sucking insects like thrips are quick to damage crops and beneficial insects would only “clean them up after the damage is done.” One thrip can infect between 150 and 300 plants in its lifetime.

Outside of clearing vegetation, Costa’s pest control advisor was able to recommend just two products for controlling the thrips and only one for his organic fields. This makes rotating the chemistries difficult for integrated pest management (IPM) strategies. Other board members suggested pest management practices should not be the board’s concern for implementing the order.

Board Chair Jean-Pierre Wolff placed his hope on new strides in research on pheromones for mating disruption and other IPM strategies yet to be discovered.

Farmworkers, growers grapple with need for more COVID-19 tests and other resources
CDFA applauded for quick response to wildfires

“Down the road, I'm sure there can be some solutions,” he said.

Because those solutions have not yet been found and crops have been lost, Costa has had to disk lettuce into the soil rather than harvest it. This practice would also conflict with Ag Order 4.0’s cap on nitrogen applications, which is 50 pounds per acre per year. Costa worried it would be impossible to meet this goal when he cannot remove from the field the crops that are absorbing that nitrogen.

He noted that climate change has enabled pests like the western flower thrip to overwinter in the valley. More invasive species have migrated into the valley for this reason as well. Vegetative buffers would also allow for rodents to live near fields, creating food safety issues, he added. In his written comments, Costa related concerns that the vegetation would create habitat for mosquitos carrying infectious disease, presenting new challenges for county health departments.

“I don't understand how habitat can be maintained without turning into a jungle,” he said.

The board has received a number of lengthy comments from farmers and grower groups concerned about the unintended consequences of the vegetative habitat.

“We did see fires along the Salinas River during the River Fire and others in the last couple of weeks. That, as you know, leads to significant public safety concerns,” said Abby Taylor-Silva, vice president of policy at the Grower-Shipper Association of Central California, during a board workshop earlier in September. “A mandate requiring more vegetation as part of the river would have likely created more challenges related to the fire.”

Norm Groot, director of the Monterey County Farm Bureau, explained that the dry native vegetation would serve as “prime” fuel and act as pathways for wildfires in areas previously protected as irrigated cropland.

Stakeholders have also raised logistical concerns for establishing the vegetation. Groot said it would require growers to transplant native plants from nurseries, irrigate the new plants, manage for weeds and “groom” the vegetation to ensure one plant species does not dominate—all costly and difficult practices even in already developed areas.

In other workshops, agricultural stakeholders challenged the board’s legal authority for the riparian requirements. Attorneys claimed the board was forcing farmers to take land out of production for what would essentially be involuntary conservation easements, violating state laws. Groot argued the added vegetation would come at a steep cost to the grower by trimming back acreage to accommodate the buffers, ultimately affecting land and rental values as well.

“It is not as simple as clearing a land area and throwing out some seeds and hoping for the best,” he said.