The Legislature is pushing the nation’s largest utility company to pick up the pace in preventing power lines from causing more catastrophic wildfires. Yet agricultural and residential ratepayers have already been raising alarms over Pacific Gas & Electric’s proposal to cover the steep costs.

The debate centers on an effort to bury electrical lines in regions that face the highest risk for wildfires. Undergrounding cables is the most reliable way to protect the lines from falling limbs or trees during high winds, which can ignite fires in dry vegetation. Last year PG&E pledged to underground 10,000 miles of power lines—at a cost of about $30 billion—after their equipment sparked several historic blazes in recent years.

To pay for the first 3,000 miles, the company is pitching a rate increase on its customers that would raise bills more than 25% beginning in January, drawing more than $3 billion in additional revenue next year, according to a PG&E rate proposal that is advancing through an approval process at the California Public Utilities Commission (CPUC). Rates would continue to rise each year until at least 2026, delivering another $2.3 billion to PG&E.

Last month CPUC hosted a series of workshops over the course of 10 days to discuss the general rate case proposal. The commission dedicated just a couple days to undergrounding but the issue pervaded every conversation, according to Kevin Johnston, an associate counsel with the California Farm Bureau who has been closely tracking the process. CPUC will soon move into the second phase of the approval process, which will determine specific rates for each class of ratepayers. 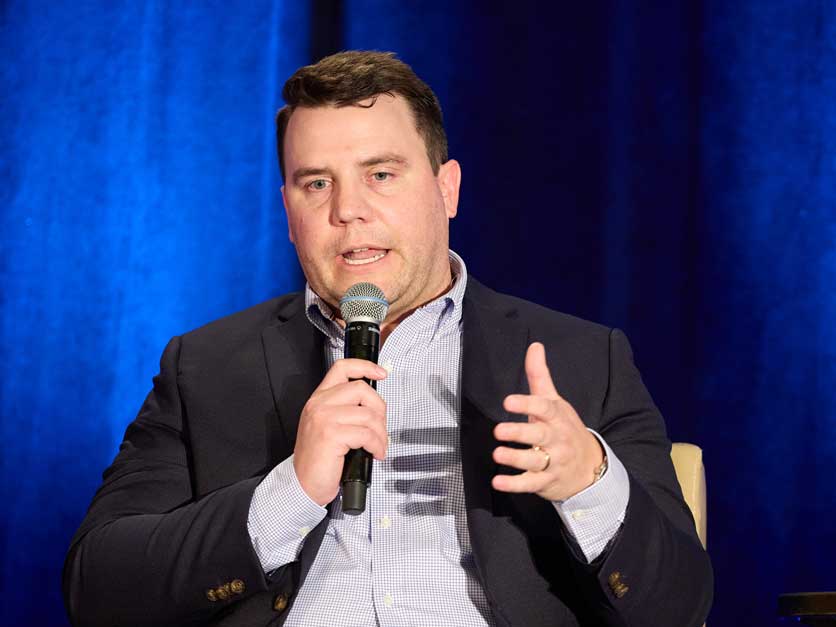 The cost for undergrounding existing overhead distribution lines can reach $6 million per mile, as detailed in an analysis by Senate consultants in the Legislature. PG&E typically undergrounds less than 100 miles of lines each year but plans to cover 175 miles by the end of 2022 and ramp up the effort to achieve 1,200 miles per year starting in 2026. Lawmakers have sought to boost it further by removing regulatory obstacles.

“The bottom line is that over my time in this Legislature—year in and year out—we have seen massive utility-caused wildfires in Northern California,” said Sen. Mike McGuire of Healdsburg, when introducing Senate Bill 884 to a policy committee in June. “What experts have said—and what we know—is undergrounding of electrical lines reduces fire starts by 99%.”

McGuire’s bill would require the Office of Energy Infrastructure and Safety to approve or deny undergrounding plans for large electrical corporations within nine months, cutting in half the average time for the proceedings. The Farm Bureau was skeptical the shortened timeframe would be enough for ratepayers and advocates to adequately review a 10-year plan.

The bill initially sought to streamline the permitting process and ease requirements for the California Environmental Quality Act (CEQA), provisions that were dropped to relieve some opposition. It does, however, guarantee a 270-day judicial review for any CEQA lawsuits that could delay undergrounding projects.

The Farm Bureau successfully pushed for language urging the utilities to seek outside funding before raising rates. The bill would now mandate that utilities use any federal infrastructure funds before using ratepayer dollars, taking advantage of $5 billion available from a bipartisan infrastructure deal.

Testifying in support of the bill, Rachel Koss, an attorney for the Coalition of California Utility Employees, said undergrounding would significantly decrease wildfire mitigation costs by eliminating the need for vegetation management around overhead power lines, which can run as much as $1.7 billion annually for PG&E alone.

The Utility Reform Network (TURN), a consumer advocacy group, was the only party registered in opposition. It shared agriculture’s concerns, arguing SB 884 would not provide sufficient cost containment measures.

“California is experiencing a crisis of affordability and as a result, we need to be extremely vigilant in preventing higher rates without thorough review,” wrote the organization in its comments on the bill.

McGuire pushed back on calls to ensure that ratepayers would not have to shoulder the added costs for accelerating the undergrounding, claiming it would doom the bill to failure in the Legislature.

A separate measure, Assembly Bill 2889, would have required utilities to develop an undergrounding plan for at least the next seven years as part of their wildfire mitigation plan for 2023. It would have held smaller utilities like San Diego Gas & Electric (SDG&E) and Southern California Edison to the same standards for undergrounding lines as PG&E has already undertaken—concerns likely behind the decision to prevent the bill from passing out of the Assembly Appropriations Committee in May. More than half of the power lines for SDG&E, for instance, are already underground.

With both measures, the Farm Bureau questioned why utilities and lawmakers are placing such a heavy priority on undergrounding over less-costly technologies like covered conductors and fault circuit interrupters.

“We're just not entirely convinced that there aren't other wildfire mitigation strategies that can give similar results that won't have the massive impact on ratepayers,” Johnston told Agri-Pulse. “It's an affordability issue.”

While most of the high-risk zones cover forested lands, some farmers with overheard lines could face easements on their property for undergrounding projects, particularly in California’s wine region, according to Johnston. He also raised concerns over planting orchards near buried lines.

SB 884 gained further complexity after major telecommunications providers like AT&T and Comcast came out in heavy opposition to a provision requiring them to cover a portion of the undergrounding costs when overhead telecommunications lines overlap with electrical lines. McGuire later dropped the provision, which raised the possibility for farmers to face the “double whammy” of dealing with an easement on their land for an undergrounding project while having to trim trees and other vegetation to protect overhead lines, said Johnston. He added that Farm Bureau members often complain of subcontractors leaving debris on their land after managing vegetation for utility companies.

Conflicts over power lines crossing agricultural lands stand to grow more frequent, as the state implements a ban on sales for new gas-powered cars by 2035 and sets a goal of reaching carbon neutrality by 2045. Billions in state and federal dollars are helping to establish the necessary charging infrastructure in rural regions and to boost energy capacity along existing transmission lines. As with SB 884, lawmakers are seeking to expedite those projects through legislation. SB 529 would exempt such upgrades to transmission lines and substations from certain regulatory permits and reviews.

“California not only needs more clean power, we need modern transmission systems that can actually deliver it to every community,” said Sen. Bob Hertzberg of Van Nuys during Senate floor debate on the measure, in referring to vulnerabilities in the current electric grid.

The Farm Bureau again raised concerns with SB 529 about extending lines on agricultural lands without fully understanding the implications.

The Legislature approved both SB 889 and SB 529 late last month, sending the bills to Gov. Gavin Newsom, who has until the end of September to sign or veto them.