The Trump administration is continuing its battle to shape the future of the World Trade Organization.

The WTO was preparing to appoint former Nigerian Finance Minister Ngozi Okonjo-Iweala to be the next director-general of the World Trade Organization, but the U.S. is objecting and backing South Korean Trade Minister Yoo Myung-hee, according to press reports in the Wall Street Journal and elsewhere.

“The WTO is badly in need of major reform.  It must be led by someone with real, hands-on experience in the field,” U.S. Trade Representative Bob Lighthizer said Wednesday in announcing U.S. support for Yoo.

The U.S.-South Korean relationship has strengthened in recent years as beef trade has risen and the two countries penned a deal to allow the U.S. to sell more rice to Korean buyers.

USDA is out with its annual report on pesticide residues in food, and the data show that nearly 99% of the fruits, vegetables and other foods tested in 2019 were below the EPA’s legal limits. Some 42.5% of the foods tested had no detectable residue, according to USDA’s latest Pesticide Data Management report.

Eighty-seven percent of the foods tested were fruits and vegetables.

Residues exceeding EPA tolerances were detected in 125 samples – mostly basil – out of 10,000 tested. (That’s a slight increase from 2018, when 82 samples exceeded EPA tolerances, less than 1% of the total.) The 125 samples with excessive residues included 93 of basil (out of 343 tested), as well as frozen strawberries, mustard greens, frozen spinach and collard greens.

Keep in mind: A different assortment of foods are tested each year. EPA uses the data to conduct dietary risk assessments and to ensure that any pesticide residues remain at safe levels, according to USDA’s Agricultural Marketing Service. 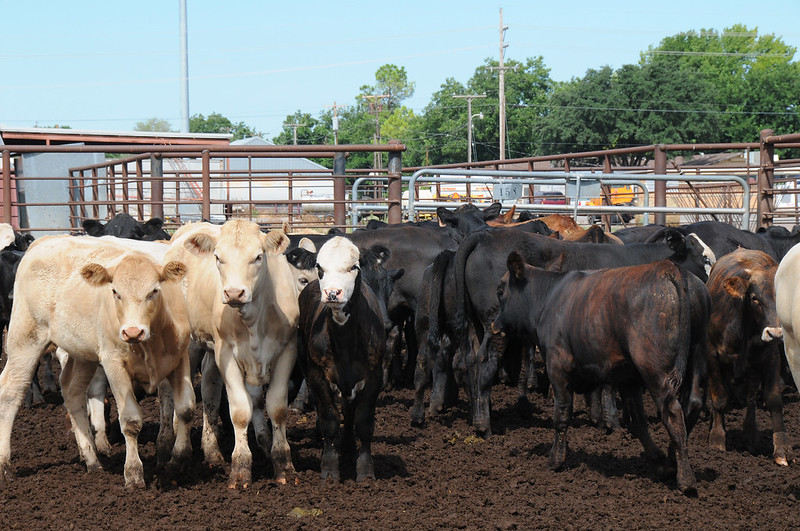 Several beef industry organizations were on hand for an event at a sale barn in Okeechobee, Florida, Wednesday, but the sector’s largest group– the National Cattlemen’s Beef Association – notably stayed away.

Three groups – the U.S. Cattlemen’s Association, Organization for Competitive Markets, and R-CALF USA – all spoke about reforms needed in the beef industry, including pushing for the return of country-of-origin labeling and tweaks to the structure of cattle markets.

NCBA President Marty Smith said NCBA “will not participate in events with organizations litigating against NCBA or the Beef Checkoff.”

R-CALF was at the heart of a case over the use of Montana beef checkoff funds promoting North American beef, which led to changes giving USDA more control over any speech state checkoff might produce. OCM has also been involved in court fights seeking reforms and transparency measures for the beef checkoff.

Group says plenty of Chinese interest in US rice

The USA Rice Federation held a webinar this week for potential clients in China, and the group says it looks there is a lot of interest in doing business.

"I was impressed with the number of participants, the breadth of information provided, and the quality of the questions posed, said Chris Crutchfield, chairman of the USA Rice Asia, Turkey Promotion Subcommittee.

One Chinese importer sent an optimistic text message during the Webinar: “Thanks to our friends on the USA side to give us such useful information. Hope we can enjoy the U.S. rice in the Chinese market soon."

The first ever commercial shipment of U.S. rice arrived in China this week and U.S. farmers are hopeful it will just be one of many.

The U.S. Soybean Export Council and U.S. Grains Council are expecting big market opportunities in Africa. USSEC says the groups will be delving into the potential of Africa as well as the challenges for growth in a two-day virtual event on Nov. 9 and 10.

Two biofuel groups are asking a federal court to force EPA to disclose the names of companies requesting small refinery exemptions and the facility locations.

“Fundamentally, this request is about fairness and transparency in government,” said leaders of the Renewable Fuels Association and Growth Energy. “If an agency decides to relieve a refinery from the obligations Congress imposed under the Clean Air Act or any federal law, it should be done in the public view.”By the way: A Colorado man has received a 15-month sentence for his role in a biodiesel tax credit fraud scheme, the Justice Department said. From 2010 to 2013, Calvin Glover and his colleagues in a company called Shintan Inc. filed false claims for millions of dollars in tax credits, DOJ says.

The federal government is seeking to stop a California manufacturer of animal drugs from selling products that were made under unsafe conditions.

The Justice Department has filed suit to get a permanent injunction against the company, Med-Pharmex Inc. The company’s products include various drugs for cattle and poultry.

The complaint notes that the FDA issued a warning letter to the company in 2017 and the company failed to adequately investigate reports of animal deaths or illnesses treated with its drugs.

She said it: “I, as moderator, will not have a special mute button. I’m expecting that our panelists will be on their best behavior.” – Darci Vetter, former chief ag negotiator for USTR during the Obama administration. She was moderating a webinar Wednesday titled “presidential debate with the trade reporters" that was hosted by the Washington International Trade Association to discuss expectations for the next four years under either a second Trump term or a Biden first term.

During the discussion, New York Times reporter Ana Swanson speculated that a Biden administration would not have a vigorous trade agenda for at least the first year, while it concentrated on “bigger, existential” issues such as the pandemic and climate change.