Now that a COVID-19 vaccine could be on the horizon, the food and restaurant industry is appealing to the government to prioritize inoculating their workers.

“Prioritizing vaccinations for food, agriculture, retail, and CPG (consumer packaged goods) workers will be a key intervention to help keep workers healthy and to ensure that agricultural and food supply chains remain operating,” industry groups say in a letter to the White House.

By the way: There’s a separate concern about the ability of health care providers to distribute the vaccine, which has to be stored at low temperatures. The CDC “has advised state health departments against purchasing ultra-cold freezers - which cost $10,000 to $15,000 each - saying other vaccines with less demanding storage requirements will be available soon,” according to an article in the journal Stat.

An agricultural adviser to the Biden campaign says the Obama administration veteran overseeing USDA’s transition team, Robert Bonnie, will be a valuable ally in upcoming debates over climate policy.

Phil Karsting, who served with Bonnie at USDA, calls him “a bridge builder” who has “real-world experience from having managed his own farmland and forest land.” Karsting, who was the administrator of USDA’s Foreign Agricultural Service, was speaking on a webinar sponsored by the Kansas City Agri-Business Council.

“Climate will be a big issue for discussion in the coming Congress, and if I were a farmer I would want Robert Bonnie in the room when those dissuasions come up, precisely because he is a bridge builder and not a flame thrower,” Karsting said.

We reported Thursday on how Bonnie is pushing the idea of establishing a carbon bank at USDA to buy and sell agricultural carbon offsets.

Take note: The new Food and Agriculture Climate Alliance that we also told you about Thursday will be formally announced next Tuesday. The group, which has developed more than 40 policy recommendations, will include the American Farm Bureau Federation, Environmental Defense Fund, National Council of Farmer Cooperatives and National Farmers Union.

A new poll sponsored by the American Farm Bureau Federation finds that the vast majority of Americans think producers should be farming sustainably.

Eighty-four percent said it was either very or somewhat important that farmers be involved in environmental sustainability, which was defined as “farming practices that protect natural resources, such as promoting soil health, conserving water, enhancing wildlife and efficiently using nutrients.”

More than half the respondents rated farmers’ environmental practices as either excellent (17%) or good (41%).

"Support for farmers’ sustainability efforts swelled when government data was shared about achievements,” AFBF said. Survey respondents were told farmers have put 140 million acres in conservation programs, “more than doubled the amount of renewable energy sources they use, and nearly tripled the amount of food grown in the last 70 years with the same or fewer resources.” 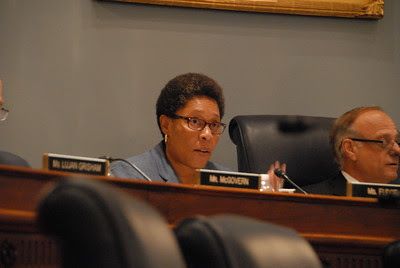 Some left-leaning organizations have endorsed a paper laying out transition priorities for the incoming administration and backing Rep. Marcia Fudge, D-Ohio, to serve as agriculture secretary.

“What we need in a USDA secretary is a leader who will root out the historical discrimination within the department’s farm programs, who will lift up all farmers not with government handouts but with markets that work,” said Joe Maxwell, president of Family Farm Action.

Other groups endorsing the paper include the Humane Society of the United States, Center for Food Safety, Food and Water Watch, and the Institute for Agriculture and Trade Policy. 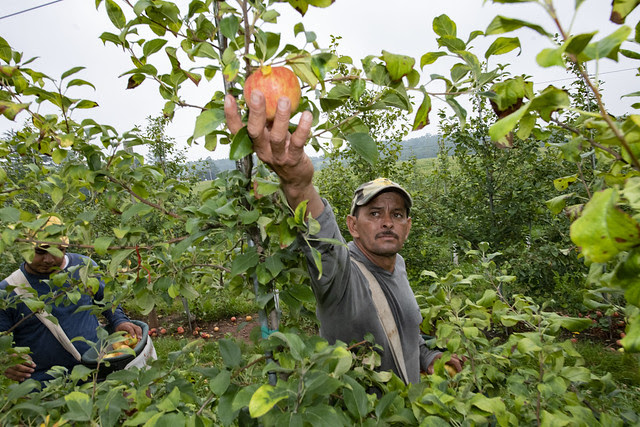 USDA and the United Farm Workers are battling in court over a judge’s decision ordering USDA to reinstate the Farm Labor Survey, which is used to set minimum wages for H-2A workers.

USDA says now that the Labor Department has issued a rule freezing the H-2A wage rates for two years, there’s no need for the survey.

But UFW argues in a court filing there is still a live controversy because the new wage methodology isn’t effective until Dec. 21 and may never take effect if it’s successfully challenged. UFW plans to sue the Labor Department to block the changes in the H-2A program.

EPA gets extension in biofuel case

EPA will now have until mid-December to respond in a Supreme Court case that could change how the agency allocates small refinery exemptions.

The original response from the government was due Thursday. EPA must now respond by Dec. 14. The agency cited the pandemic in asking for more time.

The 2020-21 marketing year that began in June is off to a strong start for U.S. wheat exports. U.S. export sales are up from last year by 12% just four months into the year, according to a new analysis by the U.S. Wheat Associates. That pace is 15% above the five-year average.

Export sales of hard red winter are getting strong boosts from business with China and Brazil. The U.S. has sold nearly 1 million metric tons of HRW wheat to China so far this marketing year. There were no sales for 2019-20. That pushes China into the slot of second largest foreign market behind Mexico.

The Philippines, Japan and Taiwan are still the top three biggest foreign markets for hard red spring wheat, but their purchases so far this marketing year are much stronger.

They said it. “Challenges have taxed the food supply chain over the past eight months, but the food, agriculture, manufacturing, and retail industries are resilient, and the supply chains have not broken.” – the food and industry groups in their letter to the White House appealing for vaccine priority.