Agriculture Secretary Tom Vilsack is laying out some new measures he’s taking to address equity and fairness in farm payments and in markets.

Vilsack is forming an equity commission that will, among other things, investigate what he calls the “cumulative effect” of past discrimination. Vilsack told the National Farmers Union he wants to “root out” any vestiges of systemic discrimination in USDA programs. What’s obviously not clear yet is what equity looks like in farm programs and what policy changes he might pursue.

Take note: Vilsack also announced that he’s brought in a progressive policy analyst as his adviser on market fairness. Andy Green is a lawyer and former aide to Sen. Jeff Merkley who joined the Center for American Progress in 2015. Green has co-authored a number of reports with far-reaching recommendations on market reforms.

On climate: Vilsack emphasized that ag carbon markets must primarily benefit farmers, not investors. And he told NFU that agriculture offers a chance for the Biden administration to get some “early wins” in reducing greenhouse gas emissions.

For more on those actions and Vilsack’s remarks to NFU, go to Agri-Pulse.com

The commodity prices that USDA bases crop insurance coverage on will be up sharply this year as a result of the surge in exports and vastly improved markets that farmers are seeing. A higher spring price increases the farmer’s revenue guarantee and borrowing capacity.

The spring price for corn as determined by USDA’s Risk Management Agency will be $4.58 per bushel, the highest spring price since 2014 and 18% more than last year, according to an analysis by the American Farm Bureau Federation. The spring prices for soybeans and cotton are the highest they have been since 2013.

The Office of the U.S. Trade Representative is vowing not to take the same unilateral action of hitting China with tariffs the way the agency did during the Trump administration. Those tariffs resulted in retaliatory duties that hit American farmers hard and forced the U.S. to compensate by distributing $28 billion in mostly direct payments as part of the Market Facilitation Program.

“America’s agricultural communities have been burdened in recent years by erratic trade actions that were taken without a broader strategy,” USTR said in its 2021 Trade Agenda and 2020 Annual Report that was released Monday. “The Biden Administration is committed to standing up for American farmers, ranchers, food manufacturers, and fishers by pursuing smarter trade policies that are inclusive and work for all producers.”

Brazil’s soybean harvest is quickening and the county’s farmers will be producing even more than expected this year, according to the consultancy firm AgRural, which is based in the southern state of Parana. The company has raised its production forecast to 133 million metric tons, up from 131.7 million, now that the harvest is a quarter of the way completed.

Good harvesting weather in some areas of Brazil allowed many farmers to get out into the fields last week, and by Thursday 25% of the country’s harvest was complete – a jump from 15% the previous week.

Still, Brazil’s pace this year is the slowest it has been in 10 years, says AgRural. Brazil’s harvest was 40% complete at this time last year. 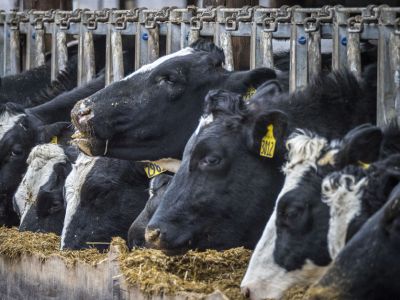 Producers who selected Tier 1 and 2 levels of coverage for the Dairy Margin Coverage program will receive payments for January.

“It’s a risk management type of thing rather than a support program, (and) this margin insurance seems to work,” he told Agri-Pulse.

USDA’s Rural Utilities Service is seeking input on a final rule establishing a program to build out high-speed internet access across the country.

The final rule establishing USDA’s ReConnect program was filed in the Federal Register Friday. Introduced as a pilot program in 2018, the Rural eConnectivity Program has provided loans, grants, and loan/grant combinations to deploy broadband in rural areas that don’t have a minimum of 10 megabits per second download and 1 megabit per second upload speeds.

Comments are due April 27.

The Agency for Healthcare Research and Quality in the Department of Health and Human Services is asking for published and unpublished research to help support the ongoing expansion of rural telehealth and the conversion of telehealth-friendly policies to permanent programs.

The agency has posed a series of questions concerning the impact of provider-to-provider telehealth, which it has defined as “any telecommunications-facilitated interaction among, or support for, healthcare professionals designed to improve access, quality of care, or health outcomes for rural patients and populations.”

The agency has asked for information by March 30.