The Securities and Exchange Commission is considering new climate disclosure rules for corporations that could have far-reaching implications for U.S. farmers, depending on how stringent the regulations turn out to be.

The regulations are expected to be a key part of President Joe Biden’s “whole-of-government” approach to tackling climate change, and the SEC’s new Biden-appointed chairman, Gary Gensler, has made clear to Congress that the rules will be a top priority for the commission.

"There is significant and growing investor interest in climate disclosures, and many companies already publish information about how climate risks affect their business,” Gensler said in a written response to questions posed by senators ahead of his confirmation.

The SEC is currently taking comment from investors and others on a series of questions about how extensive the new disclosure requirements should be. One key question for the commission is whether companies should be required to report the greenhouse gas emissions in their supply chains, known as Scope 3 emissions in climate policy parlance.

Other companies also have made commitments to reduce their supply chain emissions, but SEC disclosure rules could “put more pressure to do it quite quickly, and for companies who haven't started doing it, to do it,” said Debbie Reed, executive director of the Ecosystem Services Market Consortium.

ESMC is developing a market for climate and ecosystem credits that farmers can earn and sell to corporations that need to reduce their greenhouse gas emissions and otherwise mitigate their environmental impact. 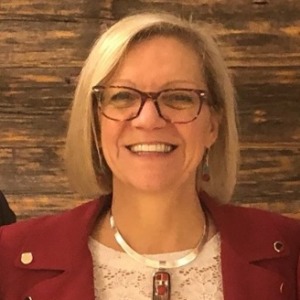 Reed said the financial and legal risks that would come from new disclosure requirements also will increase pressure on companies to ensure the quality of their carbon offsets.

“These are uncertain times. We’re all trying to do our best, but with the regulatory factor, we’ve got to get much better, much faster,” she said.

Jim Collins, CEO of seed and chemical giant Corteva Agriscience, told Agri-Pulse that it's appropriate for companies to have to demonstrate what they are doing to address climate change. Corteva announced its first greenhouse gas reduction goals on Tuesday.

The pressure isn't just coming from the SEC. BlackRock, the world's largest asset manager, has notified companies that it expects them to start reporting how they are making progress to address climate change as well as other "environmental, social and governance," or ESG, factors.

The SEC is also seeking comments on what information related to climate risks can be quantified and measured, whether there should be different reporting standards for different industries, and how "the absence or presence of robust carbon markets" may be affecting companies' analysis of the risks and costs associated with climate change.

Republicans have raised concerns about the SEC’s plans and have joined business groups in trying to limit the scope of the requirements, citing the long-standing legal position that SEC reporting requirements should only cover information that is “material” to a “reasonable” investor.

“The SEC has historically administered the federal securities law on a bipartisan basis, but there are some who want the SEC to stray from its tradition of bipartisanship by using its regulatory powers to advance a liberal social and cultural agenda on issues from climate change to racial inequality,” Sen. Pat Toomey, R-Pa., said during Gensler’s confirmation hearing.

Toomey said “security laws are not the appropriate vehicle to regulate the climate, nor to correct racial injustice, nor to intimidate companies regarding political spending.”

The U.S. Chamber of Commerce wants the SEC to stick to a definition of materiality the Supreme Court laid out in a 1976 ruling. That would limit the reporting requirement to information that a “reasonable investor would want to know," said Evan Williams, director of the Chamber’s Center for Capital Markets Competitiveness.

A real estate firm soliciting investments for land in a floodplain would easily fit that standard of materiality for information that should be reported, he said. “That's something that your investors would probably want to know and is financially material,” he said.

Gensler has repeatedly cited the Supreme Court definition when pressed on the issue, while also saying the SEC has the legal authority to bring some “consistency and comparability” to the disclosure that already is taking place internationally.

“Our companies are also trying to raise money overseas and operate overseas, and there is a bit of an alphabet soup of different approaches to this,” he told the House Financial Services Committee.

Williams said it remains to be seen how much information the SEC will require, including the extent to which it demands disclosure of emissions in corporate supply chains. 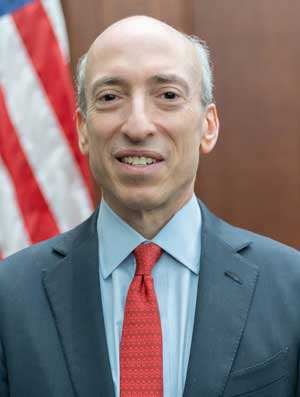 For example, food giant ConAgra Brands Inc. estimated in its 2020 CDP report its emissions from agriculture and forestry (which includes the paper used for packaging) were nearly 3 million tons. ConAgra said it is reducing those emissions in part by expanding its product lines to “include more plant-based options and have analyzed sales trends for climate-beneficial food products.”

Rodolfo Araujo, a senior managing director of Washington-based FTI Consulting who advises food companies and others on how to address issues around climate change and other environmental and social concerns, said the push from regulators on climate matters is going to create new legal issues for companies and potentially prompt “investors to act more aggressively" with companies.

He noted a Dutch court recently ordered oil giant Royal Dutch Shell to slash its greenhouse gas emissions by 45%. The ruling came in a lawsuit filed by an environmental group.

Disclosure of facts such as those involving a company's greenhouse gas emissions can arm its critics with information they can use to demand changes in how the firm operates.

"I'm not a legal expert, but I would say that the moment that you begin to put … a price on any kind of problem, you just open another way that some groups can just come after you,” he said.

He said companies have no choice but to address the broad range of issues around sustainability, including greenhouse gas emissions, if they want to keep their markets. "If you're not a sustainable company 5, 10, 15 years from now, your license to operate is gone."