The Senate Rules Committee last week unanimously approved Gov. Gavin Newsom’s reappointment of Joaquin Esquivel as chair of the State Water Resources Control Board. Esquivel fielded questions from senators covering a range of contentious issues the administration has been grappling with across two presidential administrations and an extreme drought.

“We have 19th century laws, 20th century infrastructure and 21st century challenges,” said Esquivel during the hearing. “The decisions we're making now are setting us on a path for the next 50 years.”

Esquivel described how the regulatory system for water quality and water rights established under California’s Porter-Cologne Act more than 50 years ago has not kept pace with the emerging climate crisis.

“We're going to need to see a real generational shift in our thinking, let alone a generational reinvestment in the systems themselves,” he added.

Esquivel took the helm as chair during one of the board’s most contentious periods. Under the leadership of Felicia Marcus, the board in late 2018 approved the first phase of its Bay-Delta Plan, which would dedicate up to 50% of the water flowing into the tributaries of the lower San Joaquin River as unimpaired flows for supporting ecosystem conservation. The proposed second phase promised up to 60% from other tributaries. The California Farm Bureau filed a lawsuit the following February challenging the plan and anticipated a lengthy court battle ahead.

Newsom took office in January 2019 and in his State of the State speech pledged to remove Marcus from the board and commit to pursuing voluntary agreements in place of the plan. Two years into his tenure on the board, Esquivel became chair.

At the hearing Wednesday, Esquivel renewed that pledge to support the agreements, calling them critical to “the enormity of the work and tasks that we all have in our watersheds to address the climate crisis, to ensure that our communities can thrive into the future.” He explained this approach will require local leadership and expertise to “own this challenge” and present solutions to the board, warning those agreements must “have something to aim toward” and meet the standards the board put in place with the Bay-Delta Plan.

Esquivel called it a false dichotomy to say the regulatory work and voluntary actions are at opposite ends.

“It's really a continuum of effort between the two,” he explained. “It's about the outcomes.” 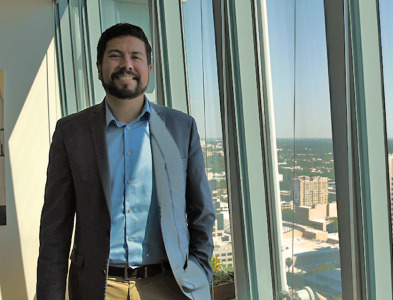 He acknowledged the classic tension of “fish versus farm,” but was optimistic for finding pathways to resolving those differences, though that would require “us all to just be very honest with the challenges we're facing.” This means reconciling the fact that investments are needed to adapt to a reduced snowpack, increasing and longer droughts, “flashier” floods and rising seas.

“Oftentimes, some are still clinging to a status quo that, regrettably, is no longer here,” he added.

The hearing came just weeks after the board approved an emergency regulation granting the agency new authority to curtail senior water rights in the Sacramento-San Joaquin Delta—only the second time in recent history the board has taken this action, following a similar order in June for the Russian River watershed. Esquivel said the board otherwise takes “a light touch” to water rights administration. In a Friday press conference, Erik Ekdahl, deputy director of the Division of Water Rights, explained that only the Legislature has the power to alter the state’s water rights system.

He spurned media coverage depicting the curtailment issue as black and white, that the board “did something that was very grievous” to farmers, and noted that several agricultural interests, including state water contractors and growers, were supportive of the board’s action. Senator John Laird of Santa Cruz, who led the California Natural Resources Agency under the Jerry Brown administration, agreed.

“One of the surprises to me was when I heard that my close friend Tom Birmingham [general manager of the Westlands Water District] supported what the board did, which you would not get from the newspaper accounts,” said Laird.

Yet Republican Sen. Shannon Grove of Bakersfield raised concerns from her constituents over a possible disruption to the food supply from the curtailments.

Amid slowdown, wineries brace for new costs from Water Board order
Lawmakers dive into Ag Day amid heat wave, drought and uncertainty

“If the board didn't curtail, it would mean that we would continue to see people pulling water out of the system that they don't have a real legal right to,” responded Esquivel, as he referred to an onslaught of illegal Delta diversions the order was targeting for enforcement. “We do need to see support for the ag community to weather this drought. But importantly, we need to continue to talk about the long term.”

The state must be aware of the economic consequences and respond to them, he explained, adding that California has met its physical limits and curtailments are the best way to manage through such difficult times.

Grove compared the problem farmers are facing as putting $100 down for groceries at the store and walking out with nothing.

“Even though the water has over the last few years been cut back, [farmers] still have to pay for that water,” said Grove. “Are there any discussions going on to reduce the price our water users or end users are paying?”

Esquivel said he was aware of the issue, as it has been part of a larger discussion around managing water in the state, but he deferred to the State Water Project and Central Valley Project operators for water contract costs.

Grove also brought up the specter of the 2019 biological opinions for Delta fish that then-President Donald Trump signed into law, which set off an avalanche of lawsuits filed by and against the state and federal administrations. While the water board has not been a part of those discussions, Esquivel noted the opinions “are still up for discussion.”

“The Endangered Species Act is an emergency room approach to our challenges,” he said. “We need really a whole-system, watershed-wide approach to the challenges that our species and ecosystems are facing.”

He called it an oversimplification to just focus on what the projects are doing at the pumps and felt this has inhibited progress in protecting the rest of the watershed.

Esquivel gained praise from several lawmakers for the board’s attention to safe and affordable drinking water. The agency assumed leadership of the state’s drinking water program about five years ago from the California Department of Public Health.

“I'm proud of the work that we've been able to do to make more accountable the drinking water program, but importantly, begin to really close the gap that we know exists in our communities, that is too often based off of race,” said Esquivel, noting that the board has appropriated the first $200 million of the $1.3 billion the Legislature and governor agreed to as a drinking water and wastewater infrastructure package.

Esquivel also described the board’s ongoing effort to establish a racial equity initiative, which will have clean water and access to sanitation at its core.

“It's taken us a year to actually draft it, because we've needed to ourselves have conversations about the issue,” he said. “Some may not see it as an issue.”

Esquivel pointed out that the Porter-Cologne Act, the Clean Water Act, the Safe Drinking Water Act and the Endangered Species Act coincided with the passage of the Civil Rights Act.

Along with the approval of all five senators on the committee, the board chair gained support from environmental and social justice groups, along with the Association of California Water Agencies, which appreciated the federal experience he has brought to the board. Esquivel had worked alongside Laird in the Natural Resources Agency, heading its federal water policy branch in Washington, D.C.