House and Senate Ag Committee Republicans are urging the Food and Agricultural Climate Alliance to join them in calling on Democrats to hold public hearings ahead of considering ag spending in the $3.5 trillion budget reconciliation bill. Committee Chairman David Scott, D-Ga., has announced a business meeting for Friday to consider the reconciliation package.

“Like your members, we are deeply concerned about the impact that a hasty and partisan reconciliation bill of this size will have on the long-term viability of existing farm bill programs,” a letter to FACA noted.

And the House committee’s GOP leadership warned in a letter to Scott on Sunday that the committee’s reputation for bipartisanship has been “tarnished” by actions of House Speaker Nancy Pelosi and Democratic leadership.

“The committee is now scheduled to conduct another exercise in raising our nation’s deficit through policies and provisions that have been drafted in secret, without so much as a public hearing,” Ranking Minority Member Glenn “GT” Thompson and seven other Republican committee members said in their letter to Scott.

In August, FACA sent a letter to House and Senate leadership expressing support for voluntary conservation and climate programs but cautioned it “must also protect existing farm bill programs and do no harm through tax changes.”

FACA is made up of more than 80 member organizations who represent farmers, environmentalists, foresters, agribusinesses, food, ranchers, sportsmen and state governments.

A Food and Drug Administration survey showing no detectable levels of PFAS in all but three of 167 processed foods sampled should be viewed with skepticism, the director of food policy for Consumer Reports said in a commentary Monday.

But FDA could only test for 16 of 600 of the PFAS currently in use and “the testing methodology used by the agency applied limits of detection and quantitation that likely underrepresented the presence of PFAS in food,” Brian Ronholm said in an opinion piece posted on Food Safety News, which is published by food safety lawyer Bill Marler.

Nor did the agency test for any PFAS used in food packaging, Ronholm said.

The paper the agency released said, “Due to the limited data on PFAS in US foods, further investigation is needed, especially on other types of highly consumed foods.” The paper also cautioned that the “limited” sample size “cannot be used to draw definitive conclusions.”

The chemicals are highly persistent and have been linked to increased risk of certain cancers and low birth weights.

Kraft Heinz has agreed to pay $62 million to settle charges brought by the Securities and Exchange Commission for "recognizing unearned discounts from suppliers and maintaining false and misleading supplier contracts,” which led the company to tout the resulting “cost savings” to the market, the SEC said in a release Friday.

According to the SEC, the company restated its financials after the agency began its investigation in June 2019, correcting a total of $208 million in improperly recognized cost savings from nearly 300 transactions.

In addition to the charge brought against the company, the SEC said Eduardo Pelleissone, Kraft’s former chief operating officer, and Klaus Hofmann, the company’s former chief procurement officer, were also being charged by the SEC for their roles in the scheme.

Pelleissone “was presented with numerous warning signs that expenses were being managed through manipulated agreements with Kraft’s suppliers,” but instead “pressured the procurement division to deliver unrealistic savings targets," the SEC said.

He agreed to pay about $314,000 to settle the charges against him, while Hofmann, who neither admitted to or denied the SEC’s allegations, agreed to a settlement of $100,000 that is still subject to court approval

Off the rails: KC Southern in limbo over Canadian rail proposals

They were supposed to vote on CN’s $28 billion proposal Friday but the meeting was postponed after the STB’s decision. Canadian Pacific has given the company until Sept. 12 to consider its $27 billion offer.

KCS’s board of directors said Saturday it had unanimously determined that CP’s offer to acquire KCS in a cash and stock transaction valued by CP at $300 per KCS share “could reasonably be expected to lead to a ‘company superior proposal’” as defined in KCS’s merger agreement with CN.

The CN proposal is valued at $325 per KCS share. 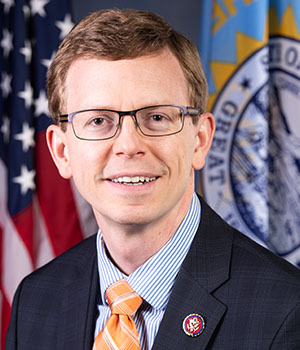 South Dakota Republican congressman Dusty Johnson said opponents of tax changes that could hurt American producers “are about 70% of the way there of destroying those ideas. And we're going to be working on a bipartisan basis to get to 100%.”

Agri-Pulse’s Noah Wicks caught up with Johnson Saturday at the South Dakota State Fair, where the congressman reiterated concerns from farm-state Democrats and Republicans about elimination of the stepped-up basis.

Of the $3.5 trillion budget reconciliation package being considered, Johnson also said, “The reality is, we don't need a ton more money dumped in agriculture. What we need is predictability and certainty.”

Brazil has halted beef exports to China after it detected two cases of “atypical” BSE, or mad cow disease, in two of the nation’s meat plants, Reuters and other news organizations reported this weekend.

Brazil’s agriculture ministry said there was no risk to human or animal health, news reports said.

He said it: “On this Labor Day, we honor the pioneers who stood up for the dignity of working people — leaders like César Chávez, the Reverend Dr. Martin Luther King, Jr., A. Phillip Randolph, John L. Lewis, Samuel Gompers, Frances Perkins, and many more.” – President Joe Biden, mentioning farm labor organizer Chavez in his Labor Day Proclamation Sept. 3.