Farmers have long played a part in bringing new seeds and other technologies to market by trying things out on a small scale before a company makes a new product widely available. But now some ag tech startups are leveraging the knowledge and creativity of farmers to engage them earlier and more broadly in new product development.

Both Sound Agriculture and InnerPlant, Silicon Valley companies aimed at bringing climate solutions to millions of agricultural acres, have publicly engaged farmers to help them develop and fine-tune their offerings.

Brandon Hunnicutt, a farmer in Giltner, Nebraska, says he and his family always look for new, better ways to farm. They’ve been involved with trials through university extension projects and try to keep abreast of what’s on the horizon. Social media led him to connect with InnerPlant CEO Shely Aronov, whose company used existing molecular biology and ecophysiology research to develop genetically engineered seed traits that allow the plants to reveal when they have a stress response and what kind of stressor. Whether a pathogen or a lack of water, Aronov says when a plant’s in trouble her company’s technology will cause a color change that can be picked up with satellite imagery.

Hunnicutt said 25 years ago, the intersection of GMOs and technology launched a new era. “We’re now at that next intersection of biologics and sensor technology,” he said. While InnerPlant’s goal is for farmers to treat plants early and specifically to improve results with fewer chemicals (such as fungicide or insecticide), Sound Ag has a focus on nutrient efficiency.

Through both companies, Hunnicutt has gotten to meet other farmers who are similarly open to new products.

“Obviously we’ll kind of be that front line,” he said, of early adopters. Getting to know some of the others has been fun and also helpful, he said, because eventually, they will be the ones who bring a product to many others.

“There’s multiple things to try and you realize that all it takes is finding that one thing that has benefit for what you’re trying to do,” he said.

With InnerPlant, Hunnicutt is one of about 60 farmers who collectively manage 300,000 acres and have agreed to a $500 annual subscription for a product that won’t be available for another couple of years. 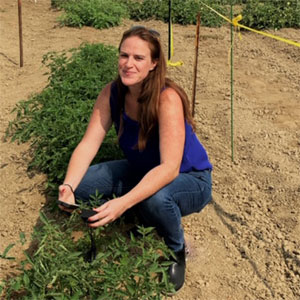 Aronov said once they had confidence their trait would work, they decided on a “go to market” strategy that would engage these farmers, with skin in the game, early on. She faced naysayers. She told them the farmers “might say no, but if they say yes, then we know that they want us to exist.”

With enough participants in what the company calls its InnerCircle, she says InnerPlant can incorporate farmer feedback early and often. Her goal, she said, is to “design something that's really simple for the user so there's no barrier to entry.” To achieve that, she’s counting on farmer contributions all along the way, rather than only expecting feedback near the end of the process when it might be too late to make requested changes.

Hunnicutt says the annual fee is “not terribly high to end up getting with a good network of farmers and other people and start making connections.”

He said early access to the product when it eventually comes to market may be a tangible result, but participation is giving him “ancillary benefits that to me probably mean as much as anything else.” The upfront cost, he says, means people have a reason to pay attention and get involved. Some are like him and willing to try anything while others have an attitude of “we’ll do it incrementally.” The combination of approaches makes for good discussion, Hunnicutt said.

Farmers told InnerPlant which stressors they wanted identified first, Aronov said. The InnerCircle will also guide the company on decisions about the level of detail farmers want in the data, how often they want images taken, whether they want a new stand-alone software package or something that fits with another they’re already using, and other details. She said what the farmers have in common with each other and with the company’s mission is that “they want to see change in the industry.”

Aronov said InnerPlant has some seed company partners, though she would not say which ones. In June of 2021, the company closed on $5.6 million in pre-Seed funding led by MS&AD Ventures, the investment arm of Japanese insurance giant MS&AD Insurance Group, according to Global AgInvesting. Other participants in the round included Bee Partners, Up West and TAU Ventures.

InnerPlant debuted its first product, the InnerTomato, in 2020 and then moved to expand the technology to soybeans and cotton. She hopes to expand into wheat and corn in the coming years. If successful, she says the products will mean vast acres of major crops are “using less inputs and getting better results.” She expects to bring her GM seeds to market at a price point matching or lower than existing stacked-trait seeds so farmers "can do what's better for them economically. And it happens to be better for everyone else on an environment and climate level,” she said.

Adam Litle, CEO of Sound Ag, also focuses on row crops for the sheer number of acres they account for. Source, a non-microbial soil enhancer applied as a foliar spray, is the company's first commercial product. Hunnicutt tried it and his corn saw a bump of about 10 bushels per acre the first year, and that was in terrible conditions, he said. Like InnerPlant, Sound Ag wants its innovations to be seamless and easy for farmers to adopt. But unlike InnerPlant, Sound didn’t engage farmers until it was sure it had something that works.

“We waited for three full years of data,” Litle said, before asking a small number of farmers to take a chance on their fields. Litle hopes ultimately Sound will “scale up with credibility because word-of-mouth is so much more effective in ag than some Silicon Valley startup trying to tell farmers what to do.”

Hunnicutt also liked the notion that Source would increase nutrient efficiency, which could lead to higher yields or reduced dependence on fertilizer or, eventually, both. “There’s that long-term play as well,” Hunnicutt says, such as soil health benefits and potentially even carbon market participation, so the time invested now could have myriad dividends. 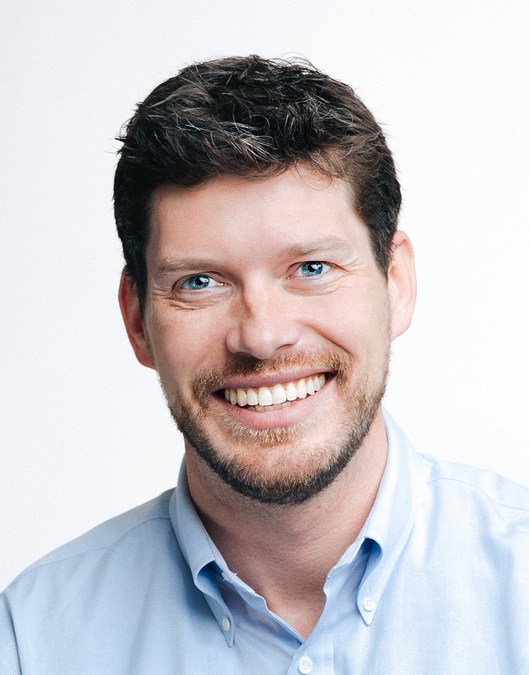 Litle says farmer-members of the company’s Advisory Council decide how much Source they want to use and Sound gives them an incentive. “We guarantee you will get at least 1x ROI (return on investment),” he said, even though the company expects closer to a 3x ROI. Litle said it was important to be able to say to early adopters, “there’s no way you’ll lose money on this thing” because he knows “how much snake oil has been sold in the past.”

Advisory Committee members come from several states, which Hunnicutt appreciates because it means the aggregate data isn’t too skewed to a particular location. Litle said giving farmers a few years of early access to the product and data on their own fields is key to launching a word-of-mouth rollout. “Farming is local and most growers will not trust data unless they see it on their own fields,” he said. Advisory Council farmers need to see results from Source “before they go evangelize it.”

Whether they are cautious early adopters or zealous evangelists for a new company’s products, farmers who spend time with each other working out the details and discussing the data are prepared to answer questions from their neighbors. For Hunnicutt, it’s a role that comes naturally.

“You have a product, I’ll try it. If you give me the product, great, if you want 10 acres, 20 acres of trial and I’ve got to pay for the product, that’s also cool,” he said, because “usually it works out.”

That’s certainly what the startups are hoping.