Whether it's backlogs at ports delaying the arrival of containers from China, congestion at railroad hubs or slowdowns at American manufacturing plants, farmers and ranchers are seeing rising prices and mounting delays for machinery, spare parts, packaging material, inputs and other supplies they need to bring in their crops and market their commodities.

For corn and soybean farmers trying to bring in their harvest, a damaged tractor tire or broken-down combine can be disastrous as replacement times continue to lengthen and dealers scramble to obtain inventory.

“The supply chain is a mess,” said Kim Rominger, president and CEO of the Equipment Dealers Association. “It spans almost every industry right now, from appliances to automobiles to farm equipment and parts. Everything is under strain.”

Charlie and Kerissa Payne, who raise cattle, pigs, sheep and chickens, and ship meat to customers across the country, can’t get the material they need to send the pork chops, sausages and chicken wings that the Ohio-based Covey Rise Farms is famous for.

“We use a custom-made liner to ship out meat nationwide,” said Charlie Payne. “It’s an insulated liner that helps protect our meat as it traverses the United States. At one point in the spring, we were facing a five-to-six month backlog.” 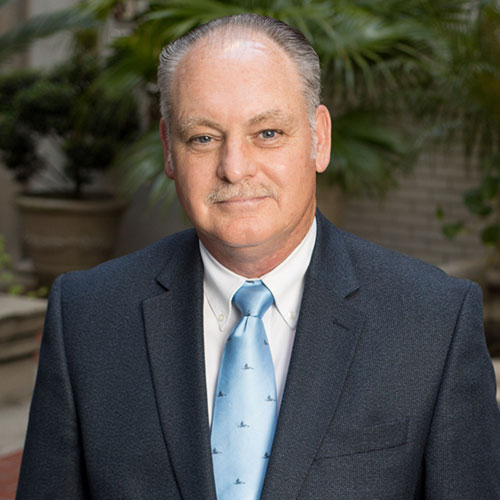 “The supply chain issues are affecting farmers and equipment dealers across the board, including sporadic delays for some parts and increased prices,” said Steve Ammerman, director of communications for the New York Farm Bureau. “This has been especially challenging during harvest. When a piece of equipment breaks down, farmers can't afford to wait a week or two for a part that was typically available at their local dealer or overnighted to them. This can impact the quality of their crop and hurt their bottom line.”

Vernon Schmidt is an executive vice president at the Farm Equipment Manufacturers Association, which represents makers of plows, tillage equipment, sprayers, front loaders and other products. Those manufacturers depend on a steady flow of components made overseas and domestically, says Schmidt, and they’re hurting.

“It’s a mess,” said Schmidt, who stressed that getting components from Asia — gearboxes, for example — not only takes much longer but has become much more expensive, which is also putting a strain on domestic suppliers.

American farm equipment manufacturers are now trying to get from U.S. sources what they can’t get from Asian suppliers, but that’s straining the system, says Schmidt.

Tim Burenga, vice president for purchasing and sales at Worksaver Inc., — a company in Litchfield, Illinois, that specializes in tractor attachments — says it now takes about a year to get the components from China his company needs to make seeders, power landscape rakes, stump grinders and hydraulic post drivers.

Beyond the extensive delays — more than six months longer for components and raw material to arrive at the port from China, another six to eight weeks to get the container onto a rail car and an additional two- to-three week delay to get the container on a truck and get it to the Litchfield factory — Burenga says the prices the company pays have more than tripled since last year.

And it’s a cost Worksaver has to pass along to farmers and ranchers.

“We’ve been doing it as a surcharge,” he said. “Because prices keep increasing, we’ve had to increase our surcharge three times this year.”

Most of what the company buys is domestically produced, he said, but it has to go overseas for some things like castings and forgings. Those, he said, must be purchased from China or India.

And dealers, who depend on getting parts and equipment in stock, are also in a bind, said Rominger.

“They may have combines on order that are getting pushed back because manufacturers can’t get the materials and component parts to finish assembly,” he said. “Repair parts are tight and that’s going to cause harvests to be a real strain on the farmers.”

Adding to the strain, he said, is that people are buying what they can — not necessarily what they need.

“People are trying to get extra just in case something breaks, especially during harvest,” Rominger said. “If you know things are going to be hard to get and if you can buy two, you’re going to buy two. That again puts additional strain on the supply chain.”

John Kuszmaul, a Kansas corn and wheat farmer, says when he got word from his local tire dealer that the tires he needs for his tractor and seeder were available, he snapped some up and was able to quickly sell his old ones. Now he says he’s waiting on a back-ordered fertilizer tank that he may or may not get this year. 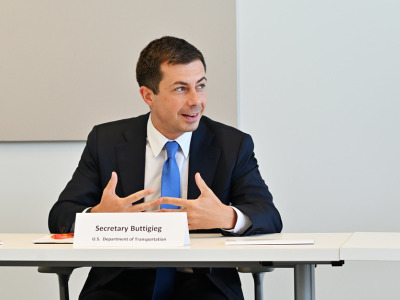 Pandemic disruptions at foreign ports, like recent COVID-19 outbreaks at the Port of Ningbo-Zhoushan and the Yantian International Containers Terminal in China, are beyond the reach of the task force, but there is also plenty of congestion at U.S. ports. Buttigieg, speaking on MSNBC’s Morning Joe last week, said the task force is hosting roundtables with U.S. port operators, port owners, labor unions and shippers.

Today, the Biden administration is meeting with business and labor leaders to announce that the Port of Los Angeles will “move towards” 24/7 operations at the Ports of Los Angeles and Long Beach – two ports that are the point of entry for 40% of containers to the U.S. The Port of Long Beach already expanded some hours in mid-September.

“Unlike leading ports around the world, U.S. ports have failed to realize the full possibility offered by operation on nights and weekends,” the White House noted.

And the White House recognized the impact of the supply chain failures on farm country by making Agriculture Secretary Tom Vilsack a co-chair.

USDA announced on Sept. 29 that it planned to dedicate $500 million to address “increased transportation challenges, availability and cost of certain materials, and other near-term obstacles related to the marketing and distribution of certain commodities.”

But industry officials like Rominger and Schmidt say they don’t see a return to normal any time soon.

In the meantime, Kuszmaul says: “When something becomes available — if you think you’re going to need it, you better buy it.”