At the beginning of the new year, consumers could have trouble finding some of their favorite food products in local grocery stores because of new labeling requirements.

Food manufacturers can disclose this information with text on either the information or principal display panel, display one of two BE symbols, direct consumers to a digital platform using a QR code, or provide a designated phone number a consumer can text to receive this information.

With the supply chain still experiencing major disruptions, some food products will likely not be in compliance as of Jan. 1 or held in inventory until manufacturers can make the necessary changes, said Betsy Booren, senior vice president of regulatory and technical affairs at the Consumer Brands Association (CBA).

Even food products that already disclose whether they contain genetically modified organisms (GMO) or are made from genetically engineered (GE) ingredients, will suddenly be non-compliant unless GMO and GE are replaced with the mandatory “bioengineered” terminology, either on their labels or through their digital platforms.

“Our members, as we have talked to them, are very close to compliance, but I think, frankly, with the challenges with the supply chain, you are going to see some products in the market that may not be fully compliant — but a vast majority of the products will be compliant,” Booren said.

However, even after Jan. 1, compliance could continue to be a struggle due to ongoing supply chain and labor challenges. For example, if some ingredients with undetectable levels of BE material suddenly are difficult to source, and the available substitutes have detectable material, manufacturers of products using the substitute ingredients would need to make disclosure modifications before the finished products could be put into the marketplace.

“If the pre-printed labels aren’t reflective, then you are in a situation where you have to make some decisions,” Booren said. “I would fully expect the regulated industry not to put non-compliant products in the market. And that may mean there are not products available at the rate that consumers expect.”

What’s more, a USDA spokesperson said compliance deadlines will not be amended.

“Since publication of the final regulations in December 2018, USDA’s Agricultural Marketing Service (AMS) has conducted extensive outreach and education efforts to assist regulated entities to prepare for the January 1, 2022, mandatory compliance date,” the spokesperson said.

In addition to the four disclosure methods available to regulated entities, small food manufacturers or very small packages can also disclose through a phone number or web address, according to USDA’s Agricultural Marketing Service’s BE disclosure website.

A quick walk through a grocery store in late November showed some products, be they soups, cereals, snacks, or other canned and frozen goods manufactured by large or small companies, were already in full compliance. Some companies appeared to be in the process of switching from the old language and labels to using the new mandatory BE language on redesigned labels. For those using digital disclosure through QR codes, some products complied while others were not yet compliant. However, the new BE symbols were hard to find.

AMS’ guidance documents regarding validation of the testing process and proper testing methods clarified that products — typically ingredients used in a finished product such as corn or soybean oil — refined to the point that they no longer contain detectable levels of BE material and the testing process can be validated, need no disclosure. However, voluntary disclosure by the finished food manufacturer is permissible using any of the allowed disclosure methods. 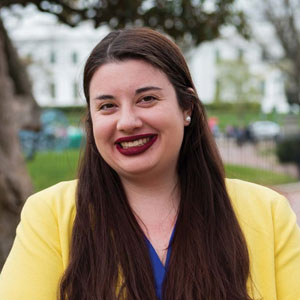 Allison Cooke, vice president of food policy at the Corn Refiners Association (CRA), which represents the refined corn products industry in the United States, noted that CRA members are in compliance. CRA members need to determine through testing whether a product has a detectable level of BE material and then must note that in the records provided to their customers. If a product is refined enough so as not to have detectable levels of BE material but was made from a bioengineered source, the refiner can also disclose that information to its customers.

Even though no fine exists for companies that do not comply, and non-compliant food products will not be yanked from grocery store shelves, sources noted companies will want to comply, not only because that’s required by law, but also because there is some concern that finished food products could be taken off grocery store shelves and tested by consumer advocates to see whether BE material can be detected in a product that has no disclosure.

AMS is, however, authorized by law to accept complaints about possible violations of the law and has set up a website where interested parties can do just that. While fines and recalls might not be on the table, negative public feedback could be directed toward non-compliant companies.

“AMS will only report noncompliance with the regulations that are substantiated by a thorough review process and only after regulated entities are provided the opportunity to respond and then appeal the agency’s initial finding if they so choose,” a USDA spokesperson said. “In this way, AMS will ensure that the new BE Standard is effectively and rationally implemented and that consumers receive accurate information called for by the law and the Agency’s regulations.”

Regardless of whether all food products eventually get to compliance, the issue is far from settled. On July 28, 2020, the Center for Food Safety (CFS) filed a lawsuit in federal court against USDA challenging the rules. The lawsuit charges that USDA’s provisions leave the majority of GMO-derived foods unlabeled, discriminate against millions of consumers who do not own smartphones, and lack transparency by prohibiting the use of "GMO" and "GE." Andrew Kimbrell, executive director of CFS, does not expect the case to be decided until late spring 2022 at the earliest.

CFS also filed suit last summer to gain access to a year-long study conducted by Deloitte for USDA to identify any technological challenges consumers and retailers might have with electronic disclosure of BE food. While the study found that most consumers have smartphones, not all are savvy enough to read a QR code, and some may not have access to or want to use cellular data in stores that do not offer free Wi-Fi. Now that this report has been released, Kimbrell said the center is prepared to discuss the merits of the case.

“The law says that if QR codes are not effective you have to have something added to that. You can’t just have a QR code — that is non-labeling. We are very optimistic (QR code disclosure) will be thrown out,” Kimbrell said. “The use of the term bioengineered is very misleading. Being forced to use bioengineered is clearly in violation of the First Amendment.”

While BE foods or those containing BE ingredients have not been designated a safety concern, 60 countries worldwide have some sort of labeling law for these foods and some European countries have banned them entirely.