Home » Drought is crippling rural communities and wildlife, but aid is on the way
WEST

Drought is crippling rural communities and wildlife, but aid is on the way

In California agriculture, rice is known as the sustainability crop. Farmers once faced public outcry over open burning but now play host to millions of waterfowl each year along with endangered fish and snakes. But the region is drier than ever, crowding wildlife species into a patchwork of green postage stamps dotting a brown landscape.

The state is racing to respond to both crises. A first-ever aid program targeting small businesses that support production agriculture is developing a model for any federal support to come.

Last week, the Legislature approved Gov. Gavin Newsom’s budget proposal for $75 million to fund the new program. The one-time assistance will provide grants ranging from $60,000 to $100,000 to businesses with 100 or fewer employees, depending on the amount of lost revenue. The funding will be available to dryers, mills, ag aircraft, ag suppliers, ag service providers, ag trucking and small or socially disadvantaged farmers and prioritize businesses in the hardest hit regions, such as the Sacramento and San Joaquin valleys.

The Governor's Office of Business and Economic Development (GO-Biz) will house the program, since the office has experience with such grant programs, according to CDFA Secretary Karen Ross.

“While it may not be the perfect solution, this is the first time as a state we're offering some sort of relief for all those impacts up and down the supply chain,” Ross told Agri-Pulse.

Now that the funding has been approved, she expects to have listening sessions on the final details, along with requests for proposals and partnerships for outreach.

Agricultural groups immediately applauded the passage of the budget trailer bill. Renee Pinel, president and CEO of the Western Plant Health Association, called the grant program groundbreaking and saluted the leadership of Ross and CDFA Undersecretary Christine Birdsong in developing it. 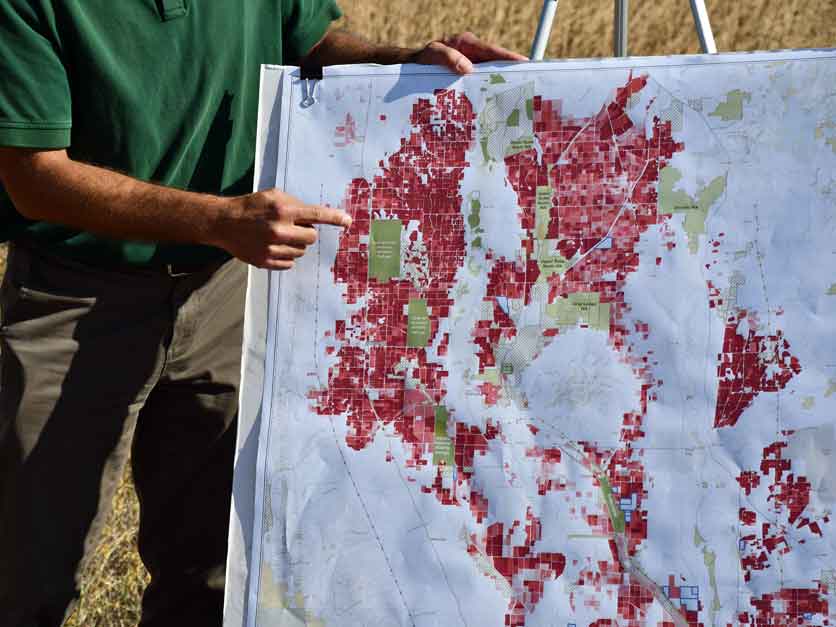 California Rice Commission CEO Tim Johnson told Agri-Pulse the funding took longer than expected, since it had to go through a budget trailer bill process months after the state passed the official budget framework in June, and because the state had to create an entirely new program to address the issue.

He said that effort should demonstrate to federal agencies how much California is concerned. The Newsom administration has stepped up to develop a model for potential USDA relief that could target larger businesses through a block grant to CDFA, he said.

Johnson described how rice mills have been laying off workers, almond hullers have gone silent, and truckers have a minimal harvest to transport. He said the effects will last for the next 12 months.

“It's getting real,” said Johnson. “There's just not work for the folks that you would normally have an opportunity to employ.”

Rice fields supply 60% of the food for more than five million winter waterfowl, which is critical for their return voyage to Alaska in spring. Rice also supplies tailwater for more than 45,000 acres of wetlands, according to the U.S. Fish and Wildlife Service.

The fields have become a default habitat for the giant garter snake as well, said Paul Buttner, who manages environmental affairs for the Rice Commission.

“They exist only because of the rice industry here in the Sacramento Valley,” said Buttner. “It is really a sad story about that species.”

The snake once thrived from the upper reaches of the Central Valley down to Kern County but now lives primarily where rice grows. With one side of the Sacramento Valley drying up this year, a pocket of genetic diversity for the species is likely to disappear, according to Buttner.

California planted about 50% of its typical rice acres in 2022, cutting the amount of managed wetlands in half as well.

Jeff McCreary, who directs regional operations for Ducks Unlimited, held a map of the Sacramento Valley and pointed to dark red areas where farmers have planted rice every year since at least 2007.

Bonnie viewed the conservation partnerships as “emblematic of what we need to be doing more broadly across the country.” He told Agri-Pulse he was eager to learn more about what USDA can do to help such programs survive.

“We've obviously got a real challenge with drought,” he said, acknowledging that ongoing discussions over the farm bill have been addressing this. “I'm not sure we have all the tools in the toolbox we need to be able to work with producers to help them through difficult situations.”

With climate change leading to more prolonged droughts, Bonnie called for long-term investments in water efficiency to stretch resources further. The Conservation Reserve Program, which is used to take cropland out of production, could help. But USDA also could help by financing producers to transition to more drought-resistant crops or from irrigated systems to dryland farming, he said.

Ross recommended keeping an eye on the $4 billion earmarked in the Inflation Reduction Act for addressing Western drought concerns. 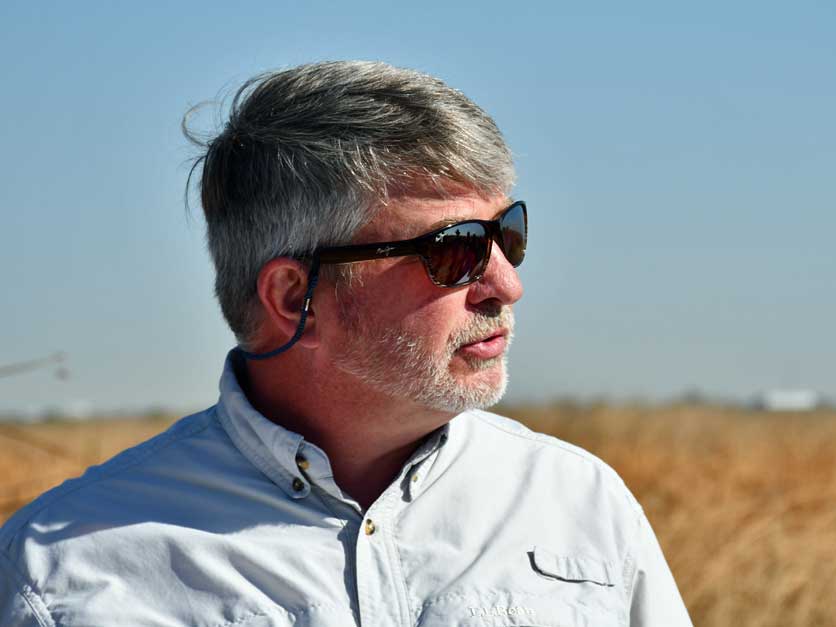 Last week, several western agricultural groups pressed the U.S. Bureau of Reclamation to quickly determine how it plans to spend the IRA funding. The groups — including Western Growers and the California Farm Bureau — sent a letter to Reclamation asking the agency to release a notice of funding availability to guide water managers who are already developing drought response proposals.

The groups urged Reclamation to consider the economic impacts of funding on rural communities, the value of lost production and the cost of developing incremental new water supplies when implementing any program.

Like Bonnie, Ross pointed to the farm bill and said larger policy or authority changes are needed to address whole community impacts.

“It creates opportunities, but it's not going to be without challenges,” Ross said of such a community-based approach. “We’ve got to build it on good data and good science.”

Last month, the administration released a strategy for expanding the state’s water supply, with proposals to increase both above- and below-ground water storage. Farm groups cheered the water plan, with Western Growers President and CEO Dave Puglia saying it delivered optimism for farmers. Ross said the plan offers a strategy for implementing more than $1 billion in water and drought funding approved in the state budget over the last two years.

“We know there's going to be resources at an untold amount at the federal level,” she said, adding the plan will show federal agencies how the state would leverage those dollars.

“He’s coming on board to really help us organize ourselves to be strategic, be smart, and build the coalitions to go after those dollars,” she said. “He's very enthusiastic about the work to do this.”

The Newsom administration’s response to a seemingly endless stream of emergencies over the past three years — from a pandemic to wildfires, extreme heat and historic drought — has created a sense of optimism in Ross that the state is “poised to be smarter” about what it can do in the next five years that will better prepare it for the next 20 years.