Women leaders in ag: Build connections that last a lifetime

In a sector that skews older and male, women are gaining leadership roles in California agriculture at a faster rate than ever before. Their efforts have charted a path for the next generation of female leaders by building supportive networks through volunteer groups and by seeking out new talent—with benefits that can pay off decades later.

“There's a lot of awesome people in both sexes, but it's time to hold up more women. And there are many, many, many women,” said CDFA Secretary Karen Ross, during a panel discussion hosted by California Women for Agriculture (CWA) at the World Ag Expo in Tulare last week.

Ross shared her “life lessons” with a packed audience huddled in a seminar trailer at the edge of the expo grounds.

Ross gathered inspiration from her father, who managed the family farm in remote western Nebraska and carried the weight of two parents when Ross’ mother grew sick and passed away two years later. 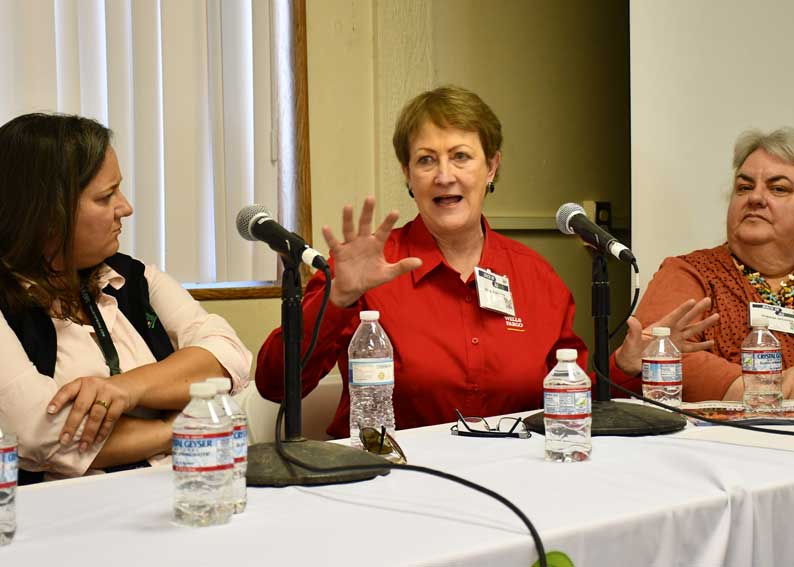 “I helped feed and clothe my two younger brothers and my dad and all the hired men around,” said Ross. “One of my earliest lessons of getting along in the business world was having a really strong father, who was also my mom and just really believed in me and didn't think there was a difference between me and my three younger brothers, as far as what we could achieve.”

He told Ross to find what she really loved. That sense of purpose arrived when Ross landed a job with a U.S. senator in Washington, D.C., and saw the impacts government policies could place on the bottom line of every farmer and rancher. In the world of politics, she learned that finding commonalities with potential opponents was critical for moving issues forward, rather than focusing on the differences and entrenching each party in its positions.

“Every person I've ever had as a mentor was male,” said Ross. “They were people who just saw possibilities and gave me freedom and supported me and made sure that I worked hard to deliver on what I said I was going to do.”

Finding and investing in talent became the next life lesson for Ross, as she rose in leadership positions—from the Agricultural Council of California to the California Association of Winegrape Growers and to chief of staff for U.S. Agriculture Secretary Tom Vilsack during the Obama administration before then-Gov. Jerry Brown appointed her as CDFA secretary in 2011.

Ross saw promise in Jenny Lester Moffitt, who began at CDFA as a deputy secretary and rose to undersecretary. With that promotion, Moffitt maintained both roles, said Ross. After Vilsack selected Moffitt last year to serve as U.S. under secretary of agriculture for marketing and regulatory programs, Ross hired two people to fill her shoes.

Like Ross, Moffitt encouraged each person to pursue her passion. When her family moved their farm from the Santa Clara Valley—recognized today as Silicon Valley—Moffitt’s passion became land conservation and “making sure that we have land to farm.” On the new walnut farm in Winters, she found inspiration in growers like Rich Rominger, Craig McNamara and her father.

“I just knew that my passion was rooted in agriculture,” said Moffitt, as she advised others to “work hard, study hard, be the smartest person in the room, and just say ‘yes’ and follow your passion.”

One the biggest and hardest things as a woman, she said, was to say “yes” and take a risk that began her journey at CDFA.

“Even though I might doubt myself, other people really value me,” said Moffitt.

At USDA she felt like “a small fish in a very big pond,” and of the first things she did in D.C. was seek out a network of women in agriculture for support and to know she was never alone in that pond.

“Women bring such an important value to everything that we do,” said Moffitt.

While Moffitt was intentional in finding a group, connections can show up in unexpected ways as well.

“Go to a swim meet in Sacramento, and there's a whole lot of ag parents involved,” mused Shannon Douglass, director of outreach at CalAgJobs, in describing her first connection to Moffitt.

While Douglass and her husband now manage a diversified farm in Glenn County, she did not come from a farming family and discovered her love for agriculture through 4-H.

A ranching family helped build Sacramento and now asks for its help
California food and ag outlook: ‘We’re in the middle of a perfect storm’
Dems add $2B in conservation technical assistance to Build Back Better plan

“I've definitely not been the smartest person in the room a whole lot,” said Douglass. “I didn't know what we were—and weren't—supposed to do.”

She had a lot to learn quickly and did so by getting involved in organizations like CWA, Future Farmers of America (FFA) and the Young Farmers and Ranchers program at the California Farm Bureau. With the Young Cattlemen’s Association, she was the one member who had never owned a cow in her life. Not growing up on a farm gave her a unique perspective on agriculture, one that she would harness as a special talent when engaging with elected officials and regulatory leaders as foreign to agriculture as she once was.

“Get involved. There is so much opportunity in this industry and great people,” she advised. “We need us all.”

Her career grew interwoven with those of Ross, Moffitt and Marit Arana, whom she met in 4-H and FFA. Arana now leads the nutrition department for A.L. Gilbert Co., which manufactures and distributes animal feed.

As a scientist, Arana has volunteered on advisory boards and led several associations throughout her career—all of which extended her connections. 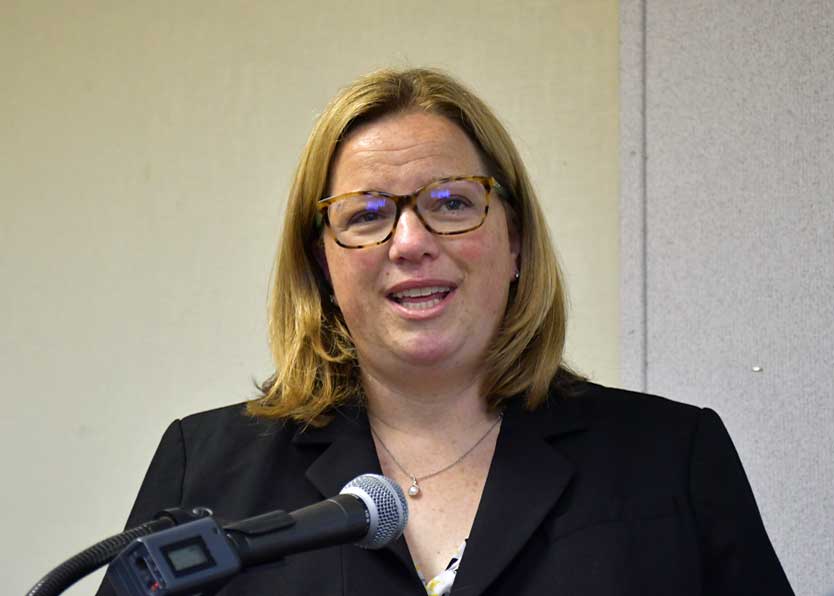 “The more places that you can network—the more things you can do to promote the professionalism of the industry—is a very good thing,” she said. “But start your networking early.”

Having those contacts can not only boost career prospects, but create an extended family, as Roxanna Smith discovered in moving seven times in seven years for her company. Smith, a senior relationship manager at Wells Fargo Bank, had to reestablish herself each time with a new community within Fresno and Modesto—as well as Sacramento, where she found a supportive group of “up and comers” of the same age and career stage who dubbed themselves the “Capitol ag women.”

Included in that family was Jean-Mari Peltier, who would later serve as president and CEO of the National Council of Farmer Cooperatives among several other leadership roles and was remembered fondly by Ross, who spoke at Peltier’s service when she passed away in September.

“When I started in ag policy 30 years ago, there was Jean-Mari, Roxanna and about three others in ag policy,” said Ross. “And now it's dominated by women.”

Erin Fitzgerald is comfortable with dominating. In college water polo, she broke six noses—three women and three men. Today she is CEO of U.S. Farmers & Ranchers in Action (USFRA) and advocates for leaders to support farmer-led solutions to climate change.

“I always fought for the underdog,” said Fitzgerald. “I went to a school that cared about the underdog.”

While studying business at the University of Notre Dame, she took an exam with an ethics problem as the bonus question and put all her time into that one question. It sparked a drive to turn that bonus question into a career of integrating ethics into business models. Like Douglass, Fitzgerald did not grow up in agriculture; her path veered in that direction one day when talking to a farmer about sustainability. He ran into his basement, came back with the deed to his farm and asked: “Is this sustainability? Because these are the values of my family. We believe in stewardship. We believe in passing this land on to the next generation.”

She found her business model, her culture and her purpose, which led eventually to a string of leadership positions in dairy sustainability before joining USFRA.

“It's this really unique culture of people that wear their hearts on their sleeves,” she said of the farming community. “I get so excited about being in this sector.”

When Ross was still working in the wine industry, Fitzgerald, who had just begun in dairy, drove to wine country to learn about the new sustainable winegrowing program.

“I've always admired Karen for one thing: She always speaks with purpose,” Fitzgerald told Ross. “I’ve watched you and I said that I want to be like her.”