A Senate committee will be debating biofuel policy today amid concerns about the Biden administration’s implementation of the Renewable Fuel Standard and a new study that has raised fresh criticism of ethanol mandates.

The study published in the Proceedings of the National Academy of Sciences says the use of ethanol has increased greenhouse gas emissions when compared to gasoline. The researchers say from 2008 to 2016, the RFS increased commodity prices and expanded total U.S. cropland by 2.4%, increasing both fertilizer use and water pollution.

This led to “domestic land use change emissions such that the carbon intensity of corn ethanol produced under the RFS is no less than gasoline and likely at least 24% higher,” the study said.

Keep in mind: A 2020 analysis by the Energy Department’s Argonne National Laboratory found that emissions from ethanol were 40% lower.

Witnesses at today’s Senate Environment and Public Works Committee hearing will include Emily Skor of Growth Energy as well as a lobbyist for refiners and the manager of Oregon’s clean fuels program.

New FDA commissioner has full plate of issues to deal with

Robert Califf is a man with a big to-do list. Confirmed Tuesday in the Senate by a thin four-vote margin, the new FDA commissioner will confront both the opioid crisis and the COVID pandemic.

But also on the agenda are issues from the regulation of animal biotechnology to the FDA’s protracted process for approving feed additives, as well as the lingering beef from the dairy industry about plant-based milk.

Both the National Milk Producers Federation and the International Dairy Foods Association congratulated Califf on his confirmation but also reminded him that he promised to address labeling of plant-based products.

Responding to questions from Sen. Tammy Baldwin in December, Califf said “there’s almost nothing more fundamental about safety than people understanding exactly what they’re ingesting, so I am committed to making this a priority if I am confirmed.”

Tom Neltner, director of the Safer Chemicals program at the Environmental Defense Fund, said Califf has “a tremendous opportunity to elevate the agency’s important role in protecting the public from unsafe chemicals in food.”

EPA will have an opportunity to rewrite or scrap a rule that currently exempts concentrated animal feeding operations from hazardous chemical reporting requirements under the Emergency Planning and Community Right-to-Know Act.

A federal judge has granted the agency’s request for a voluntary remand to revisit the issue, which has been litigated for more than a decade in the courts. In November, the director of EPA’s Office of Emergency Management told the court her office had “concluded that EPA should conduct a rulemaking to revise or rescind the rule.” 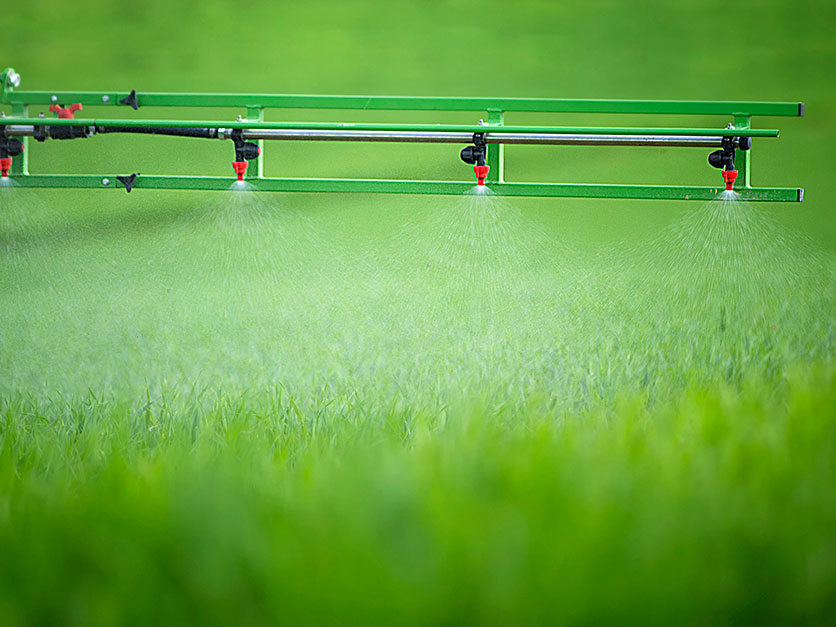 At the National Association of State Departments of Agriculture’ winter policy conference, Snyder said the plan that should be released "hopefully within the next month or so."

He also urged patience as the agency examines new data on Enlist herbicides that could result in it lifting restrictions now in place in some counties to protect endangered species.

On dicamba: Snyder said the agency wants to work with states on “additional mitigations” to address complaints of drift damage summarized in its December report on the 2021 crop year.

But he was challenged by Kansas Agriculture Secretary Mike Beam, who told Snyder: “We were surprised by some of the numbers of complaints, because they were perhaps three-fold what we actually found.” Snyder said he could share the report methodology with Beam privately.

USDA’s internal watchdog says the department still has work to do when it comes to handling civil rights complaints about the department’s programs. On average, it takes 630 days to process complaints, USDA Inspector General Phyllis Fong told a House Agriculture subcommittee on Tuesday.

A publicly available USDA manual sets a 180-day timeframe for processing complaints. But USDA is instead using a 540-day timeframe set forth in an internal 2013 policy memorandum, according to the inspector general.

There’s either too much rain or not enough in some of Brazil’s largest soybean-growing regions and it’s taking a toll on the harvest, according to the latest report by the consulting firm AgRural.

In Mato Grosso, the country’s largest soy-producing state, frequent rains are complicating the harvest and many producers are “rushing to get the soybeans out of the field before major quality problems occur,” says AgRural. “The levels of humidity and damage remain high and slow down the logistics between crops and warehouses.”

Meanwhile, insurance officers are measuring crop damage from drought conditions in the south.

Brazil’s soybean crop was 24% harvested as of last Thursday, according to AgRural.

He said it. "I think everybody is working in good faith, yes I do.” - Sen. Chuck Grassley, R-Iowa, when asked by reporters whether the Senate Ag Committee’s GOP staff was working in good faith on his bill to reform livestock marketing. Grassley has criticized both the GOP aides as well as the outside economists the staff enlisted to analyze the cash trade mandate included in the bill.