The House Appropriations Committee today will debate amendments to a $26.6 billion fiscal 2022 spending bill that funds USDA and FDA. Republicans say the bill is too big and that Democrats are shorting defense spending.

Ahead of the meeting, the panel released the draft committee report for the Ag bill. The report says, among other things, that lawmakers are looking to USDA for a “carefully developed and articulated plan” on how to address climate change. The bill designates $347 million for climate research and related priorities.

The report also addresses issues surrounding plant-based food products. The report says the committee “is concerned by the assertions being made that labeling of these products are misleading, deceptive, and confusing to consumers.”

At the same time, the report continues to urge FDA to “work toward ultimately enforcing standards of identity for dairy products.” The dairy industry has been pushing FDA for years to crack down on plant-based products that use dairy names.

Don’t miss this week’s Agri-Pulse newsletter. We’ll break down how the bipartisan infrastructure package could affect agriculture and rural America.

Top trade officials from the U.S., Mexico and Canada meet today to celebrate the first birthday of the U.S.-Mexico-Canada Agreement – the popular bipartisan replacement to the North American Free Trade Agreement.

Trade Promotion Authority – the legal power that requires Congress to consider a trade agreement without amending it – will expire after today even as the Biden administration considers possible revisions to the law in a possible future extension.

TPA is considered crucial to enacting new trade agreements and has broad support in the U.S. ag sector, but during a House Ways and Means Committee hearing last month, U.S. Trade Representative Katherine Tai refused to give a timeline on when the administration would seek to revive it.

“Traditionally, TPA has been an articulation of the objectives that the United States government and Congress pursue through negotiating an agenda,” Tai told lawmakers. “Right now … there is an opportunity to look at it through the lens of ‘Build Back Better.’’’ Build Back Better is the term the White House uses for Biden’s effort to reshape the U.S. economy.

Carbon capture report on its way to Congress today

A White House official says a "meaty" report on carbon capture, utilization and sequestration will be on its way to Congress today.

David Kieve, director of public engagement at the Council on Environmental Quality, said on a webinar put on by progressive business group Business Forward that the report will outline how to move forward with CCUS projects without causing environmental harm.

Take note: President Joe Biden has consistently touted CCUS as an important strategy to reach net-zero carbon emissions by 2050. Many Midwest ethanol plants are looking at capturing the carbon dioxide from their facilities and shipping it via pipeline to underground storage.

“Diversifying our fuel supply, introducing higher blends of biofuels to the market, and making sure retailers have the right equipment to take advantage of these blends will promote clean energy and support our rural economies,” Klobuchar said.

The package includes a bill to fund renewable fuel infrastructure like blender pumps and storage tanks; a bill to create a $200 refundable tax credit for each flex-fuel vehicle manufactured; and a bill allowing ethanol blenders or fuel retailers to claim a 5-cent tax credit for each gallon of E15 blended or sold. 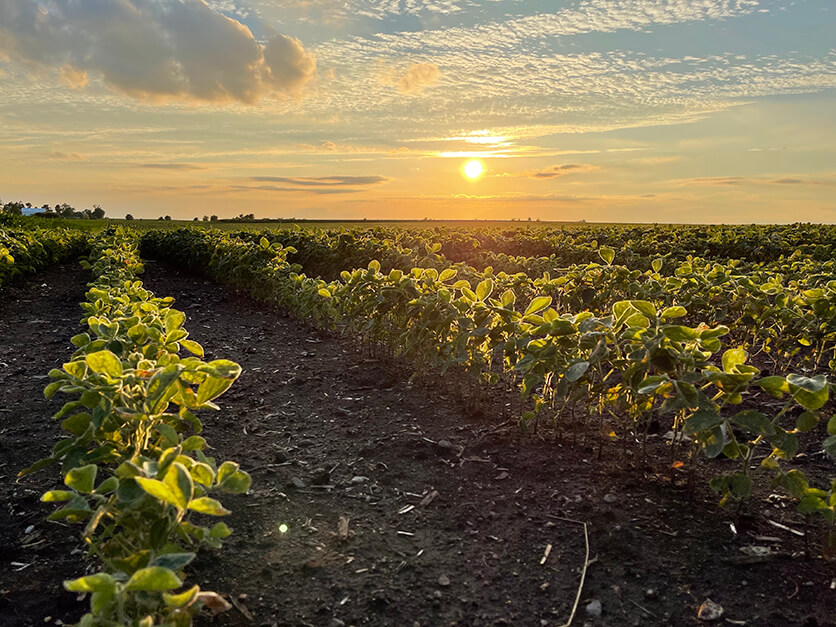 Traders will be watching USDA closely today for a pair of reports that could move commodity markets – the annual Acreage report and the quarterly Grain Stocks numbers. Traders are expecting higher corn and soybean acreage numbers in comparison to USDA’s March estimates.

USDA’s Animal and Plant Health Inspection Service is giving the public more time to comment on its plan to prepare an environmental impact statement on Bayer’s request for approval of corn genetically engineered for resistance to five herbicides.

The variety would be resistant to dicamba, glufosinate, quizalofop, and 2,4-D, with tissue-specific glyphosate resistance facilitating the production of hybrid maize seed.

He said it. “Oh, you guys got everything,” President Biden as he checked out the menu in a Wisconsin ice cream parlor Tuesday. Biden ordered two scoops, one of cookies and cream, the other strawberry.