Home » Is California falling behind in cutting dairy emissions? CARB is winding up its regulatory gears just in case
WEST

Is California falling behind in cutting dairy emissions? CARB is winding up its regulatory gears just in case

A new analysis shows California is behind on its goal of cutting livestock methane emissions 40% by 2030. So far the state has depended on incentives grants to lower emissions in the dairy industry, primarily through anaerobic digester projects that capture manure emissions.

The projections could trigger the Air Resources Board (CARB) to add a regulatory mandate to drop emissions further, and the agency is beginning to consider how it would implement such a rulemaking.

Board members, heeding calls from the environmental justice community, charged staff with looking more deeply into the science of digesters and whether the incentives are enabling dairies to expand and create more local air pollution. The staff followed up with a full-day hearing last week that involved lengthy and often technical testimony from dozens of academics and industry representatives, along with environmental advocates who described CARB’s program as a pollution trading scheme that creates sacrifice zones in the San Joaquin Valley.

Farm groups worried that regulations would lead to leakage—which happens when a polluting company moves to a state with more relaxed standards and continues to emit greenhouse gasses (GHGs). Environmentalists pointed to Iowa as a case in point for the dangers of “subsidizing” large industrial dairies, seizing on recent news of a manure lagoon leaking into a nearby creek. Yet Dairy Cares Executive Director Michael Boccadoro described the Iowa incident as showcasing the dangers of leakage to less regulated states.

“There is a great deal of misinformation out there that I believe has been corrected by the record today,” said Boccadoro at the conclusion of the hearing. “The pushback is coming from anti-dairy activists who continue to pursue barriers to these projects that are needed to achieve the reductions the state is looking for.”

He argued that CARB must “stay the course” with the incentive-based approach to continue making progress. Rather than reading the glass as half empty, Boccadoro saw hope in how far the state has come in reducing methane emissions—a rate that has been increasing recently. 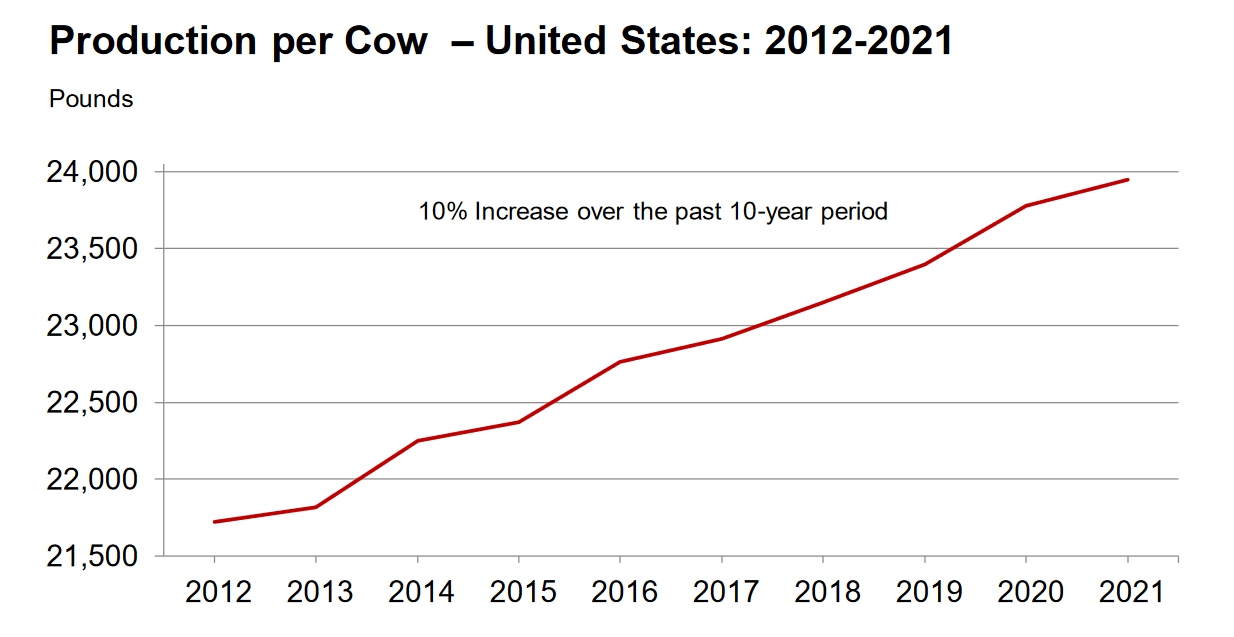 Dairy cows have become increasingly more efficient with the average annual rate of milk production per cow increasing 10.2% from 2012 to 2021, which means fewer cows are required to maintain production levels. In California, the number of dairy cows held fairly steady between 2021 and 2022, at roughly 1.72 million head. Source: Jan. Milk Production, USDA NASS.
Agriculture accounts for just 7% of California’s GHG emissions, with 70% of that slice coming from methane emissions.

The CARB analysis projected the dairy and livestock sector will achieve just over half of the annual methane reductions needed to meet the 2030 target. The report concluded that the state must ramp up grant funding for the manure programs, while incorporating any proven mitigation strategies to reduce enteric emissions, or “cow burps.”

To date, the state has invested about $300 million in cap-and-trade revenue—in combination with industry contributions—to construct more than 230 methane projects. Nationwide, the total is 355, with potential for more than 8,000 new projects, according to an EPA analysis.

California's existing digesters will remove about two million tons of emissions each year—amounting to about 22% of the reductions for the 2030 target. 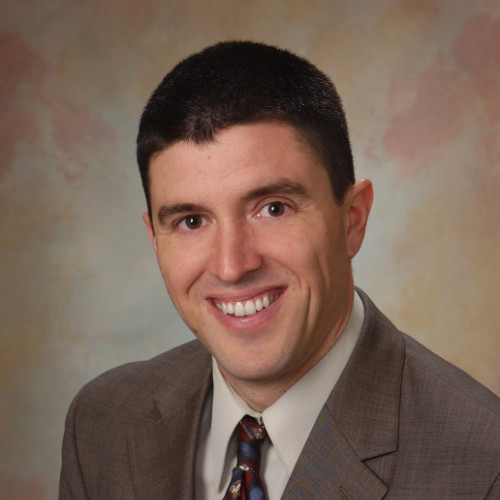 According to the analysis, a 50/50 split in funding between digesters and the Alternative Manure Management Program (AMMP) would require at least 420 more projects to meet the target, costing from $800 million to nearly $4 billion. With a digester-only approach, the state would need 230 more projects to meet the goal. The cheapest projects would depend on internal combustion engines, while fuel cell technology would support the higher end projects.

But Boccadoro was quick to point out that the CARB analysis did not factor in the 200 digesters currently in various stages of production and that the report was not able to include the $32 million allocated in the current budget cycle for methane projects or the $48 million proposed for the next fiscal year. He expects at least 120 new projects to come online by the end of the year and is hopeful that new products already approved in Europe for reducing enteric emissions will soon be available to U.S. dairies to supplement the manure programs.

To further support the reduction effort, many of the digester projects generate environmental credits through the cap-and-trade program as well as California’s Low Carbon Fuel Standard and the federal Renewable Fuel Standard Program.

AMMP alone would not be enough to reach California’s target, the report found. That did not prevent Jeanne Merrill, policy director for the California Climate and Agriculture Network, from charging that nearly all of the manure emissions could be reduced by converting wet manure handling and storage to dry. Merrill worried that smaller dairy farms do not produce enough manure or have enough capital to justify a digester.

SB 1383, the 2016 legislation that solidified the methane reductions target into state law, required CARB to perform the analysis of the incentive-based programs. It also blocked the agency from implementing any new regulations for reducing the emissions until 2024. In developing any regulations, CARB must work with CDFA and use commercially available technology, ensure the requirements are economically feasible and include measures to minimize leakage.

CDFA is already aware of the broader impacts that could result from reducing the size of California’s dairy industry.

“Milk and milk products are not a want—they are a need,” said Amrith Gunasekara, science advisor to the CDFA secretary, explaining how the California-dominated industry plays a critical role in providing nutritious, safe and affordable food sources and supports local, national and global food security needs.

The state accounts for 19% of all U.S. milk production, from about 1.7 million cows and 1,250 dairies. Milk is the top commodity, with dairy and dairy products drawing $1.8 billion in annual export value. While the industry has been massively consolidating in California, consumer demand is rising nationwide for milk as well as for products like butter. The state has fewer cows producing more milk, indicating a sharp rise in efficiency, according to Gunasekara.

A 2020 study in the Journal of Dairy Science found that California dairies have cut GHG emissions nearly in half since the 1960s, while production grew 500%. A smaller statewide herd size also translates to reduced GHGs.

But as California loses cows, Texas has been increasing its herd to meet the demand.

“We expect that to continue,” said Paul Sousa, director of regulatory and environmental affairs at Western United Dairies. “That growth is occurring in areas where greenhouse gas legislation does not exist, and that undermines California's climate goals.”

Sousa expects the trend to continue, as California implements a range of major new regulatory policies, such as SB 1383, the Sustainable Groundwater Management Act, requirements for nitrates in groundwater, achieving carbon neutrality by 2045 and much more.

“The attrition rate may actually double from what it has been in the recent past,” he said, adding that this shows how sensitive California is to leakage. “New dairy construction has come to a stop in California, while it continues at a rapid pace in other states.”

Sousa also responded to calls from environmental groups to convert large dairies in the San Joaquin Valley—a region with some of the nation’s worst air quality—to pasture operations. While that works well for the geography and climate of the North Coast region, he explained, those dairies have had to switch to organic production to offset the higher costs for pasture and have more than met the consumer demand for organic milk.

“Converting all Central Valley dairies to pasture would require more land and water to maintain current levels of production,” he said. “This would undo decades of efficiency gains.”

He ran through a long evolution in feed supplements aimed at reducing those emissions. The most promising is red seaweed, which can reduce emissions by as much as 80% but is not palatable to cows. The second agent that can reliably mitigate gasses has not been approved for use in the U.S. yet.

Combining various practices could lead to a 40% reduction in enteric emissions. But he stressed that much more research is still needed to prove the efficacy of such products and to rule out side effects on animal health, reproduction and milk quality. 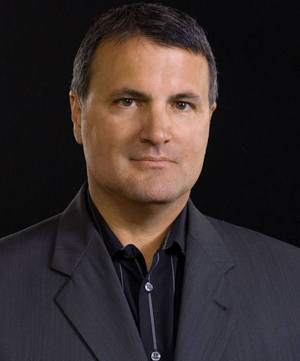 J.P. Cativiela, who directs regulatory affairs at Dairy Cares, emphasized that “there's simply no silver bullets here” and every solution has tradeoffs. Pasture systems, for example, need reliable water sources—a severe challenge amid a drought and cutbacks to groundwater pumping.

Just 10% of the state’s progress in reducing dairy methane emissions has come from AMMP projects, with digesters accounting for the rest.

J Jordan, a policy coordinator at the Leadership Counsel for Justice & Accountability, argued that accepting manure lagoons as the status quo “is a perfect example of environmental racism.”

“The thing about systemic environmental injustice is just that it is systemic, not personal,” said Jordan.

Seeking to change the conversation entirely was Julia Levin, executive director of the Bioenergy Association of California. Levin argued that focusing on dairy emissions is the wrong direction and that it “utterly ignores” the opportunity for digesters to support natural gas replacements for diesel-powered truck engines, a significantly larger source of GHGs than dairies due to the release of black carbon.

“Farms have become larger in California due to the high burden of regulations, expensive land and labor costs associated with California,” said Joey Airoso, who owns and operates a dairy in Tulare County and is vice chairman of the Tulare County Farm Bureau.

It took Airoso more than a decade to gain a county permit to consolidate and improve a facility his grandfather built in 1938.

“The cost to permit the farm alone was over a million dollars and was driven by the involvement of state and local anti-dairy activists,” he said. “I find it extremely disingenuous when they claim they have no opportunity to have a voice in this process.”

He pushed back on recent media reports that each cow generates $3,000 in biofuel value each year from the digesters, saying it is in the range of $50 to $200 per cow but it takes several thousand dollars per year just to feed one cow.

Third-generation dairy farmer Arlin Van Groningen shared how he grew up on a 200-cow operation but now milks 1,200 to survive in the industry and support his four children. He built a digester in 2013 not as a money generator, “but because we felt like we were going to be mandated to do it and we felt like it was the right thing to do.” He pointed out that 95% of California’s dairies are family businesses.

“All dairy farmers have that attitude that we live on the land, we drink the water, we breathe the air. It's the right thing to do,” said Van Groningen. “We're herds people. We love our cows.”