A nationwide trucking shortage that began well before the 2020 COVID-19 pandemic is unlikely to improve anytime soon, even as the Biden administration and lawmakers seek to entice more people into the industry.

According to the American Trucking Associations, the United States currently needs 80,000 more truckers.

Truck drivers move 72% of the nation’s goods, on a tonnage basis. Some 83% of agricultural products move by truck. The delay or shortage of some food products, which began in the early part of the pandemic, has continued.

Kelly Orton, director of the child nutrition department for the Salt Lake City School District, said the district’s schools were without milk for a full week in early March, and the district supplied its own driver for two weeks in February.

“The dairy company called and said they were short on labor and didn’t have a driver so would not be able to deliver the milk,” said Orton, who then asked if he could send a truck to pick it up. “I picked up the milk, and then I went out and delivered five pallets of milk to 15 to 18 school sites a day.”

In the meantime, Orton ordered extra juice to serve as an alternative in case the situation worsened, which it did. In the first week of March, the supplier didn’t have any milk for the district, so the kids drank juice instead.

Diane Pratt-Heavner, director of media relations for the School Nutrition Association, said the problem is national and all of SNA’s members are reporting that trucking shortages are a key part of the supply chain disruption. The problem is most acute in USDA’s Northeast region. According to a recent survey, the percentage of school programs reporting late or delayed deliveries being a significant issue was more than 83% in the Northeast, compared to 60% nationally.

“For some, the only option to get supplies is to have a centralized drop-off site, and then it is up to the school district to distribute the products from that site to the individual schools. Many schools have had to pull staff out of the cafeteria to make a supply run,” Pratt-Heavner said.

Schools are not the only entities having issues. Dana Brooks, CEO of the Pet Food Institute, said all her members are saying they can’t get enough trucks. “It was bad, and it is still bad,” she said. “The pandemic expedited the challenge.” 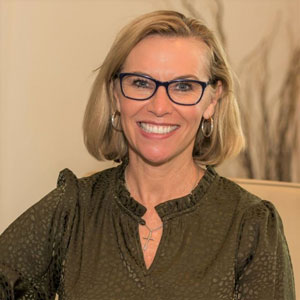 Once the pandemic hit, some drivers took early retirement, those who were concerned about their health due to COVID-19 took leave, while others quit saying moving products across state lines was too difficult to navigate due to the varied regulations around pandemic testing and vaccinations. Today, Brooks said 10% to 15% of all trucks are either delayed, don’t show up, or don’t have a driver.

“The problem stretches from the East Coast to the West Coast and every facility has trouble securing trucks,” Brooks said. “We have to bring in ingredients to make the products and then transport the finished product to a distributor or retailer. We have been struggling with every aspect of that, and we don’t see any relief anytime soon.”

Andrew Walmsley, senior director of congressional relations for the American Farm Bureau Federation, said at the farm level, the trucking shortage is most acute during harvest. Last fall, he said, instead of six guys running trucks for an operation, there would be only one.

Max Fisher, chief economist for the National Grain and Feed Association, noted that due to ongoing rail service issues, the grain industry has been leaning even more heavily on trucking, which is adding to the overall demand.

“It’s a matter of how much people are willing to pay, and that’s driving the cost of freight up as we try to secure drivers,” Fisher said. “When freight rates go up, two things, or a combination of the two things, happens: Farmers get paid less as the basis increases or consumers pay more, and that’s where we are now.”

According to Jon Samson, executive director of ATA’s Agricultural and Food Transport Group, the shortage has recently lessened somewhat as personal savings dry up and drivers return to work; companies are also starting to pay more to attract drivers. For instance, Walmart Inc. recently said it will pay starting wages of up to $110,000 per year. However, the problem is anything but resolved.

“We are definitely seeing pay increases and benefit increases, and while that has had a positive effect, it hasn’t had nearly the impact we thought it would. Once salaries get up to the numbers Walmart is talking about it will probably make a difference,” Samson said. But higher salaries also bring their own set of challenges.

“It’s been a big issue for a lot of companies,” Samson said. “We’ve seen a lot of jumps and shift from one company to the next. We are not seeing as many people coming into the industry as people who are shifting — chasing the money.”

In addition to better pay and benefits, sources noted that the solution to the current shortage will be multifaceted, and no simple solution exists. Many think with the unemployment rate so low and nearly all industries competing for an extremely tight labor force, the driver shortage could continue for years.

The Biden administration and the trucking industry have several ongoing initiatives to attract truck drivers, including more women and more young adults from urban areas. One initiative involves streamlining the process of obtaining a commercial driver's license (CDL) for veterans who have experience driving heavy equipment.

A recently implemented two-year apprenticeship program administered through the Department of Labor and Department of Transportation allows new drivers to gain skills while working. Under this program, members of a trade association would need to meet certain training and compensation standards to bring in new drivers. During the training period, trade association members or companies with their own apprenticeship programs would need to provide graduated wages to drivers as they develop their skills.

A separate effort included in the bipartisan Infrastructure and Jobs Act enacted last fall, the Safe Driver Apprenticeship Pilot Program allows for 3,000 adults ages 18 to 20 to begin an apprentice program, allowing them to drive across state lines.

“We are hoping to get positive safety data from the pilot program, and then we can broaden it,” Samson said. “They are just now signing up the drivers who will then go through sophisticated training.”

Other bills are in various stages of being considered to streamline the ability of drivers to obtain their CDLs, Transportation Worker Identification Credential cards, and HAZMAT cards.

But one of the more promising bills, according to Samson, is the Ocean Shipping Reform Act. That measure, which has passed the House and Senate in different versions, is intended to alleviate port bottlenecks by pressuring ocean carriers to work with trucking companies so containers don’t sit on the dock for weeks as ships head back to Asia empty. 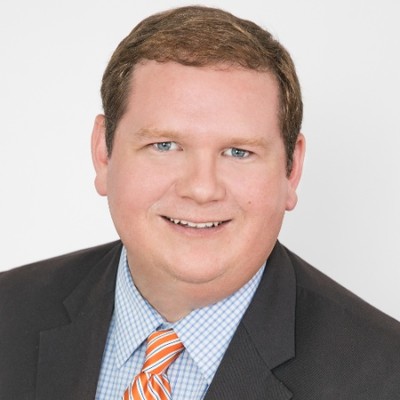 Another bipartisan bill would provide a refundable income tax credit of up to $7,500 for commercial truck drivers who drive at least 1,900 hours a year. And the Truck Parking Safety Improvement Act would provide $1 billion to increase the amount of truck parking.

The lack of truck parking facilities has created inefficiency, according to Walmsley. When truckers aren’t sure whether they can reach the next parking facility, which could be hundreds of miles away, in their allotted hours of drive time, he said, they often quit early.

Some pandemic-related waivers also need to be extended. For instance, in March 2020, the Federal Motor Carrier Safety Administration issued a waiver that relaxed the hours-of-service rules for a limited subset of truckers — those who delivered livestock, feed, and key food products — allowing these drivers to put in more hours. That waiver expires in May.

Regulation reforms are also critical, Fisher said. For example, truck weights need to be raised, and the way trucks are currently weighed also adds to inefficiency. Now each axle group is weighed separately and then the weights are combined to acquire the total truck weight. To not exceed the weight limit if one axle group is heavy, a trucker might intentionally choose to run under the weight limit.