Dairy, beef demand could be hit by 'shrinkflation'

A restaurant owner in New Mexico considers taking beef off the menu after implementing three price increases over the past year, while another in Chicago raises prices for the fourth time, both hoping they can still retain customers with a slim profit margin. Inflation across every sector of the food industry has left companies with a stark choice: raise prices or hold steady and shrink the volume of food offered, a process called shrinkflation.

As of April, month-over-month restaurant sales were up for the 15th straight month, but growth was slowing, according to data from the National Restaurant Association. Traffic at restaurants was also softening, down 2.7% year over year in April and 1 percentage point lower than in March. April was the second consecutive month that year-over-year traffic was negative.

“The best business to be in right now is the printing of restaurant menus. Restaurants have been raising prices as much as they can,” says agricultural economist Bill Brooks, principal of Stoneheart Consulting and instructor at the School of Agricultural Sciences at Northwest Missouri State University. “We are getting to the point that restaurant and food service providers will start putting less cheese on pizza and making cheese a line item for burgers.”

A recent poll conducted by Black Box Intelligence showed that nearly half — 45% — of restaurant operators said their menu prices would be at least 7% higher by the end of the year, compared to the end of 2021, and 27% expected their prices to be 5-7% higher. Grocery prices have risen even faster. Over the past year, the cost of groceries has climbed 12%, according to May’s Consumer Price Index. Between April and May, the cost of food eaten at home increased 1.4%.

Some value-added dairy products like yogurt, ice cream, and cheese could see the impact of shrinkflation more quickly than many other food products. If inflation continues, Sara Dorland, dairy analyst at Ceres Risk Management, calculates the overall drop in dairy demand could equate to 2-3% of milk volume, which would translate into a 10-15% drop in milk prices.

Sarina Sharp, an analyst with the Daily Dairy Report, said “shoppers and diners may unknowingly consume less dairy as food processors and restaurants try to keep costs in check. There are numerous anecdotal reports of restaurant chains cutting back on dairy by skimping on — or simply monitoring more closely — how much cheese they sprinkle on a pizza or add to a burger.” 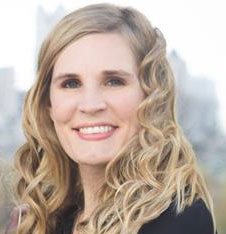 Sarina Sharp, Daily Dairy ReportAlready several companies selling milk-based products have shrunk packaging to keep consumers from shifting their buying to less expensive competing products. Chobani, for example, shrunk the size of its Flip yogurts from 5.3 ounces to 4.5 ounces. Tillamook has reduced its family-size ice cream container from 56 ounces to 48 ounces while keeping the price steady. Cadbury, too, began offering a 6-ounce chocolate bar for the same price as its regular 6.5-ounce bar.

“On the retail side, some brands are scaling down packaging or reformulating products to use less cheese or milkfat. Spread across millions of restaurants and retail brands, these changes add up quickly, and many will persist long after dairy prices retreat,” Sharp said.

While the impact of shrinkflation on the dairy and beef producers is tough to quantify until it works its way through the supply chain, Brooks noted that if all yogurt makers were to shrink their package size by the same amount as Chobani Flip containers and consumers were to continue to buy the same number of containers, 16% less milk would be needed to meet single-serve yogurt demand. However, some consumers could shift to larger containers while others might grab two single-serves. Regardless, he said, the category would still take a big hit.

“Once a package becomes smaller, it is unlikely to return to the larger size once the market recovers, making it a permanent loss,” Dorland said, and this would hold true for most dairy products but not necessarily for beef products.

Following the 2001 recession spurred by the dot-com bust, many ice cream makers shrunk their half-gallon containers by 12.5% to 1.75 quarts.

“Consumers buy that container not realizing they are not getting the volume of ice cream they once did,” Brooks said. “The number of cartons consumers are buying is remaining steady, but the volume of product sold is shrinking, and that results in less demand for milk going into ice cream.”

The stats bear that out. In 2000, 882 million gallons of hard ice cream were sold in the United States. By 2021, that number had fallen to 723 million gallons, a nearly 18% drop, adjusted for leap years, according to USDA’s commercial disappearance data.

If all ice cream makers were to follow Tillamook’s lead, consumers with a regular ice cream habit would likely just buy more containers, Sharp noted. But those in the habit of buying one carton per week could skip a serving if their weekly package runs dry. And others, for whom ice cream is a special occasion purchase, would have less ice cream left over to eat at a later time.

Dorland said some consumers would likely stick with their favorite brand and get by on less, while others could switch to larger volume containers. “Often consumers tend to grab a container and may not even notice it’s smaller until they get home,” she said. “They could switch brands, or sizes, on their next purchase.”

In 1979, the last time inflation was as steep as it is today, grocery stores offered fewer options. Retail cheese cases were smaller, offering fewer varieties and packaging styles, and ice cream was sold in boxes.

“Forty years ago, it was a different world. We were just starting to see the growth in pizza,” Brooks said, and packages of shredded and sliced cheese were nowhere near as prolific as they are today.

While it hasn’t happened yet, consumers could be faced with fewer cheese slices in a package, smaller packages of shredded cheese, and smaller blocks if food inflation isn’t tamed. Already, upscale grocers are selling pricey domestic and imported artisan cheeses in minute quantities to allow consumers to enjoy these products at a palatable price.

“If we continue down this path, people will consume less cheese because they won’t have the money to pay for it,” Brooks said. “A lot of pizzas are going into fuel tanks right now. Our money is going into basic living expenses, including the fuel tank, so we can get to work.”

Pizza restaurants are notoriously quick at reformulating the ingredients placed on their pies, and low-income consumers are quick to pull back on purchases and scale down to less expensive foods, including pizza, out of necessity.

“Low-income consumers who work within a more rigid grocery budget may buy a half-gallon of milk rather than a full gallon, and then supplement with water until their next paycheck arrives,” Sharp said. “Similarly, when cheese slices run out, they could just eat plainer sandwiches for a while.”

It’s easier to hide shrinkflation at restaurants than at retail, Sharp said, but it will happen in both venues, and shrinkflation matters least when consumers buy raw ingredients with a set purpose in mind.

“If I need a cup of shredded cheese for a casserole or butter for a batch of cookies, I will look at the packages and buy enough,” Sharp said. “But if I’m buying a grocery product where dairy is an ingredient, or getting a pizza or burrito bowl and the restaurant is watching its portion sizes more closely, I’m probably going to consume less dairy without realizing it.”

Beef could be a bit harder for restaurants to scrimp on because burgers are typically measured in quarter-pounds and half-pounds. “That will be harder to change,” Dorland said. “What typically happens is promotions reduce the number of patties or cheese to keep items on the value-menus. This can return once prices ease. But that doesn’t mean a filet at a steakhouse can’t move from 10 ounces to 8 ounces — with little pushback — to create savings.” 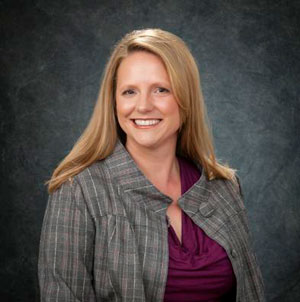 Consumers can also reduce the portion size of beef by squeezing an extra burger out of a pound of hamburger or instead of buying two 12-ounce steaks, they could choose to split one. Likewise, retailers could start promoting 6-ounce steaks rather than 12-ounce cuts. And finally, butchers can change the way they process an animal to provide more low-cost cuts.

“Restaurants serving steaks will simply raise the price and assume that if you’re buying a steak, you’ll have the funds — and expectation — to pay more. Fast food and fast-casual restaurants with more price-sensitive consumers will likely do a combination of price increases, menu changes, and shrinkflation,” Sharp said.

Dorland noted that while people have yet to significantly decrease their food spending, eventually, spending could slow, pushing prices lower for some foods. Then when inflation subsides and sales decline, manufacturers will likely be reluctant to increase their package sizes, but those who use dairy and/or beef as an ingredient could increase volumes. For instance, pizza makers could pile the cheese and ground beef back on once it becomes more cost-effective to do so.