Daybreak June 23: Agencies told to crack down on food labeling

The Biden administration is getting pressure from Capitol Hill to continue those $5-an-acre payments to farmers who plant cover crops. USDA has provided the payments for two years in a row now, and a report that accompanies the House Agriculture Committee’s fiscal 2023 spending bill for USDA and FDA directs the department to keep providing the incentives, using the department’s “available resources.”

The draft committee report also calls on USDA and FDA to take action on a number of labeling issues.

FDA is directed to start enforcing food labeling rules that the Trump administration eased at the beginning of the COVID-19 pandemic and to do a study on consumer attitudes and perceptions around plant-based alternatives.

The report says lawmakers are “concerned that the current labeling and marketing practices of some plant-based alternatives to animal-derived foods have the potential to cause consumer confusion.”

The report also “strongly urges” FDA to require restaurants to ensure that they disclose nutritional information on third-party, online platforms where the restaurants’ menus are listed.

The report urges USDA’s Food Safety and Inspection Service to consider reforming its approval process for labeling claims around “animal raising and sustainability claims on meat and poultry products.”

By the way: The draft FY23 spending bill for the Labor Department would provide hefty increases for worker protection agencies. The Wage and House Division would be funded at $313 million, a $62 million increase from FY22. OSHA would get a $100 million increase to $712 million. 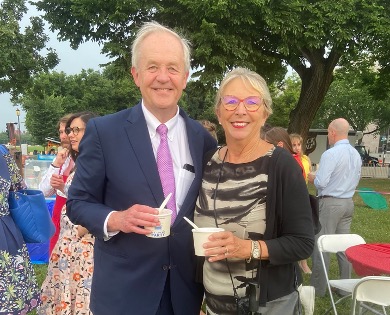 Dairy producers are maintaining their interest in their main farm bill program, despite the soaring milk prices the industry is enjoying right now.

Producers have 17,583 DMC contracts this year, even though farmers are not expected to receive any payments for 2022. That’s down from about 19,000 producers, according to Scott Marlow, deputy administrator of farm programs for the Farm Service Agency.

“The fact that enrollment stayed that strong, even though we are not seeing a triggered payment, shows farmers’ confidence in the program. It shows how important farmers think the program is,” Marlow told Agri-Pulse after testifying at a House Ag Committee hearing on Wednesday. 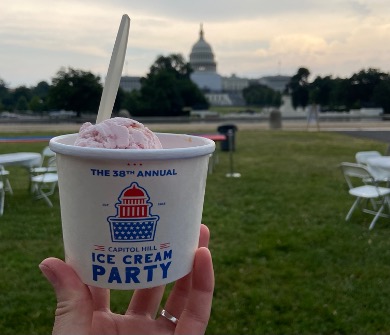 Why it matters: Dairy policy has been a major issue for lawmakers during recent farm bills, but Congress seems to have finally hit the sweet spot as far as producers are concerned.

There is some industry interest in raising the 5-million-pound limit on Tier 1 coverage, which is much less expensive than coverage at higher levels. Raising that cap would benefit farms with more than 250 cows, but lawmakers would have to find the money to do it.

Lolly Lesher, a Pennsylvania dairy producer representing the National Milk Producers Federation, told the committee the next farm bill should allow producers to update their production totals for DMC coverage.

DOL alarms some in Ag with pledge to crack down on visas
Daybreak June 21: Major boosts proposed for EPA, land agencies

By the way: Lesher said NMPF continues to try to reach agreement with the rest of the industry on changes on the pricing formula incorporated into the federal milk marketing order system. A change the industry agreed to in the 2018 farm bill backfired on producers in 2020 because of market disruptions that resulted from the COVID-19 pandemic and the Trump administration’s Food Box program.

A broad array of farm groups led by the National Association of Wheat Growers and companies led by CHS Inc. have sent letters to the Senate Ag Committee endorsing the nomination of Alexis Taylor to be USDA’s undersecretary for trade.

The farm group letter says the Oregon ag director "is a widely recognized leader on agriculture policy and has the domestic and international experience to shepherd U.S. agriculture through growing global changes of protecting food security, tackling inflation, and expanding markets for U.S. agricultural products.”

A federal judge has granted preliminary approval to a class-action settlement requiring Monsanto to pay between $23 million and $45 million to settle claims alleging the company engaged in false advertising related to sales of Roundup.

The plaintiffs alleged Monsanto should have warned them of the herbicide's health risks.

U.S. District Judge Vince Chhabria of the Northern District of California emphasized in his preliminary approval that “it is vital that consumers understand that this settlement does not affect their right to sue Monsanto based on any illness or injury they may suffer now or in the future as a result of using Roundup.”

No deal yet for new talks on clearing Ukraine ports

Turkey failed in recent efforts to negotiate a deal with Russia to allow Ukraine to use its ports to export grain. The effort did result in a promise from the Russians for new talks involving representatives from Ukraine and the United Nations.

But the parties still haven’t reached an agreement that would let those new talks start, according to a statement released by the Ukrainian Agriculture Ministry.

It’s not just a matter of getting Russia to remove its naval blockade that has shut down exports from Ukraine’s Black Sea ports. A Ministry of Foreign Affairs spokesman says “security issues remain a fundamental element of Ukraine’s position.”

Take note: The key port city of Mykolayiv suffered Russian rocket strikes Wednesday that damaged a terminal owned by trading company Viterra as well as a Bunge facility, according to a Bloomberg report.

He said it. “I'd like to do it today, but I want to make sure we have the votes. So I'm talking to the Republican leadership and they're working on it.” — House Majority Leader Steny Hoyer about scheduled votes on a bill extending school meal waivers.