As the Sacramento Valley grapples with its most damaging natural disaster to date, California agriculture is eyeing a massive spending package in Congress and pressing for emergency relief funding to ensure local economies survive the drought.

“There's an entire industry beyond the physical growing of crops,” explained Kevin Dennis, general manager of the De Pue Warehouse Co. in Williams, during a recent drought briefing hosted by the Northern California Water Association (NCWA). “When the farmer doesn't grow, the warehouses don't dry and store, the mills don't mill, trucking companies have nothing to ship, parts and fertilizer vendors don't make sales, and aviators have nothing to fly onto the fields.”

Dennis reported seeds sales were down as much as 85% for De Pue, the nation’s largest independent drying and storage company, with 14 rice facilities along the I-5 corridor. As one of the primary seed providers for the Sacramento Valley, the company projects it will have just 10% of its regular volume at harvest. If the drought were to end this year, it would not have enough seed for farmers in the next growing season.

After striking a deal with state and federal water agencies last spring, Sacramento River Settlement Contractors received just 14% of their water allocation, far below the 75% previously guaranteed in dry years. With such a minimal and unreliable water supply, many growers chose to sell their water back to local irrigation districts and instead fallow their land, according to Don Bransford, who farms 1,200 acres of almonds, prunes and rice and serves on the board of the Glenn-Colusa Irrigation District.

“When you grow rice, you have to have a reliable supply of water. If it's interrupted and your field goes dry, weeds can take over and you lose your crop,” said Bransford. “It was too big of a risk for growers to take.” 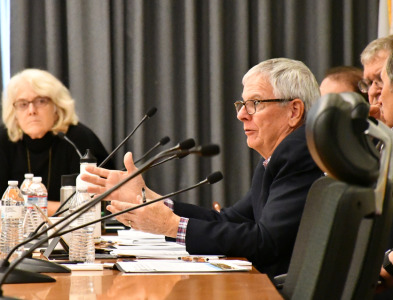 Farmer Don Bransford, a former member of the State Board of Food and Agriculture

In a normal year, his district plants 100,000 acres of rice, accounting for 20% of the state’s crop. But this year it has just 1,000 acres, with most of the water allocation going to permanent crops. The irrigation district is now facing an $11 million deficit.

California’s total rice crop typically spans about 500,000 acres. But the latest estimates cut that in half. As a result, UC agricultural economists projected in May that the Sacramento Valley would lose $1.3 billion in economic value and more than 14,000 jobs this year.

“We've experienced drought before,” said Denise Carter, a Colusa County supervisor who runs a 3,000-acre diversified farm. “But never has our surface water been cut like it has this year.”

Combined with a freeze in February during bloom, the drought will reduce the county’s almond crop by $210 million.

Farmers in her county have turned to groundwater pumping, contributing to the decline of aquifer levels and the first subsidence issues in the region, according to Carter, who complained that a significant amount of water still flows south through the county to the Sacramento-San Joaquin Delta to protect endangered and threatened fish populations.

Yet other wildlife in the valley is struggling. After the Central Valley Project came online decades ago, the Bureau of Reclamation committed to allocate more water to growers with senior water rights at risk along the Sacramento River. Flooded rice fields, in turn, became surrogate wetlands for the floodplains that once dominated the valley in winter and spring, housing millions of migratory waterfowl along the Pacific Flyway.

With so few rice acres in production this year, large flocks are instead crowding into tight clusters around the little water that is available, creating an environment ripe for diseases to spread rapidly. Last month three of the wild birds tested positive for highly pathogenic avian influenza, a deadly disease that has heavily impacted domestic poultry flocks while wild birds can usually fend off the bird flu.

“That is just gigantic,” said Bransford, adding that—despite the dedicated water allotments—the plight of native salmon populations may not be fully realized until the remaining salmon return to spawn years from now.

The drought has taken a toll on the mental health of Californians as well, with Carter observing more residents seeking services to treat depression.

“There's frustration, of course,” said CDFA Secretary Karen Ross, during a meeting last week for the State Board of Food and Agriculture. “But there's also just the emotional impact of this, which we've seen numerous times in the Central Valley. This is new for this particular community.”

Ross, who recently visited Colusa County to survey the damage and talk with growers, hinted that USDA Under Secretary Robert Bonnie may squeeze in a trip to California, further elevating the issue.

Like Dennis, Nick Biscay worried about California agriculture’s long-term future once the drought subsides. As president and CEO of Stanislaus Farm Supply, Biscay has noticed that national companies have been closing their regional locations throughout the state. In December, an alfalfa and forage seed cooperative permanently closed its service center in Fresno County and relocated the inventory to Idaho, which has led to higher costs and less availability for seeds, further exacerbating supply chain issues. The cooperative cited the severe drought as well as “a perception that water allocations for agriculture are a low priority in California,” according to Biscay.

The drought, along with delayed water allocation decisions and overall water uncertainty, has led to “catastrophic declines” in fertilizer sales this year for Stanislaus Farm Supply. Sales for the fundamental elements for producing fertilizer are also down as much as 67%, and the company is facing a significant downside risk for the fertilizer it has not sold.

A sudden drop in pesticide use has had repercussions as well, reducing sales tax revenue and mill assessment funding for Colusa County’s “already very tight” budget, according to Carter, who hoped that property values remain strong to avoid yet another hit to a pillar of the county budget.

“For our members—who are the agricultural retailers, the applicators, irrigation companies—they're at a tipping point,” said Renee Pinel, president and CEO of the Western Plant Health Association.

Without those services, farmers will not have the pest control products when they need them, leading to practices that are less agronomically and environmentally sound, explained Pinel.

While crop insurance covers prevented planting and frost damage for most crops, not all commodities, such as processing tomatoes and vine seeds, have coverage. And the industries supporting farmers have no such fallback.

“Those are the folks that need to be there when we start farming our crops again,” said Tim Johnson, California Rice Commission president and CEO. 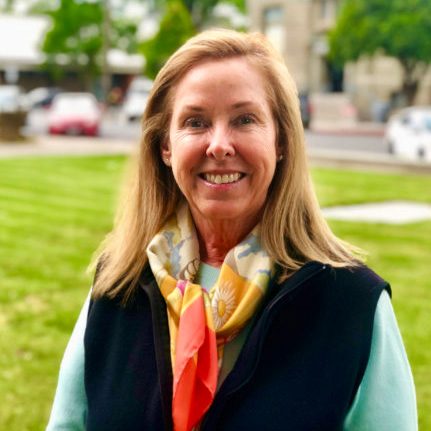 He applauded Ross’ efforts in securing drought relief for small agricultural businesses within Gov. Gavin Newsom’s budget proposal, which the Legislature is set to approve in the coming weeks. The one-time assistance would offer grants ranging from $30,000 to $50,000, depending on the amount of lost revenue.

“We are building—and have nearly perfected—a delivery mechanism here in California with that $75 million grant program,” said Johnson, who hoped to expand the eligibility and increase the grant amounts through federal block grants. “We really appreciate that leadership from California.”

Agriculture groups and water districts are developing “an aggressive and very detailed list of asks,” according to Johnson. The spending could come from a package of bills called the Wildfire Response and Drought Resiliency Act, from the $4 billion in drought-related funding attached to the Senate climate package, from existing money in USDA disaster assistance programs or from new bills introduced after Congress returns from recess in September. He shared that California Rep. Mike Thompson has been interested in an employee retention tax credit, which “worked really well” at the height of the COVID-19 pandemic.

Bransford noted that “it doesn't appear the state of California is interested” in such a credit. Adding to Johnson’s requests, he pushed for a more comprehensive crop insurance program that covers all impacted commodities and speculated that even those farmers who would fall within the coverage but chose not to buy into it stand to get some payments for last year’s disaster, since “situations are so bad.”

NCWA President David Guy called for more long-term investments to better prepare the Sacramento River watershed for another dry year, such as more support for the Sites Reservoir Project proposal in the valley and any efforts to get more groundwater recharge projects up and ready for the next rains.

Guy has been closely engaged in restoration projects to revitalize salmon populations but hoped to find a better balance in state and federal wildlife priorities and condemned an “inordinate focus on temperature management” along the upper Sacramento River.

“That hasn't been a very fruitful conversation in our view,” said Guy, before outlining NCWA’s requests for floodplain restoration, better management of fish hatcheries, restoring side channels for fish passage and balancing the needs of salmon with those of birds and other terrestrial species along the flyway.

Carter agreed with Guy on more funding for Sites and groundwater recharge and called for direct aid to businesses rather than grants—since it will take years to recover from the disaster—along with support in training the workforce for advanced new technologies.

Above all, she called for more attention to the importance of farmers.

“Society and government must place higher priority on U.S. food production,” she said. “We do it best. I believe—really, truly believe—it's important to our national security.”