The House Rules Committee meets today to prepare the Inflation Reduction Act for Friday’s debate on the House floor. The $740 billion measure includes nearly $20 billion for climate-smart farming practices as well as additional incentives for renewable power, biofuels and forestry.

Democratic leaders express confidence that the bill will pass the House and head to President Biden for his signature.

By the way: Speaking of inflation, the Bureau of Labor Statistics today releases the Consumer Price Index for July.

Also in the IRA is a debt relief package that replaces a debt forgiveness program passed in 2021 for minority farmers and later blocked in the courts. For more on the new provisions, check out weekly Agri-Pulse newsletter. We’ll also have an exclusive report on the Justice Department’s investigation of the meatpacking industry. 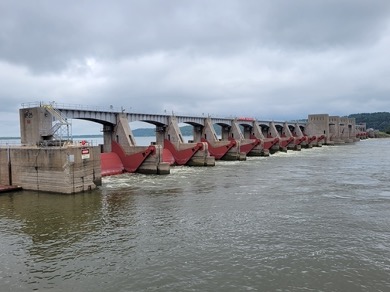 Lock and Dam 25 on the Mississippi River

The long-awaited construction of a key Mississippi River lock could begin early next year.

An official with the U.S. Army Corps of Engineers told reporters Tuesday that the agency plans to award a contract for renovations to Lock and Dam 25 north of St. Louis by the end of September. If all goes well, construction could start in late winter or early spring.

The plan to add a new 1,200-foot lock to the dam structure was authorized by Congress in 2007, but there was no money for it until the bipartisan infrastructure law was passed last year.

"We've got our foot down on the gas, doing all the work that we need to do to get that constructed,” said project manager Jose Lopez.

Several more primaries were held Tuesday, plus a special election in Minnesota to fill the 1st District seat that opened when House Ag Committee Republican Jim Hagedorn died of cancer earlier this year.

Kind had held onto the seat since 1997, but the district is now nine points more Republican than the nation as a whole, according to the election analysis site, FiveThirtyEight.

Review of FDA's food program should include CVM, groups say

Consumer advocates have joined food industry groups and state regulators in saying the Food and Drug Administration’s Center for Veterinary Medicine should be included in a review of FDA’s food safety programs being conducted by the Reagan-Udall Foundation.

In a letter Tuesday, the groups urged FDA Commissioner Robert Califf to expand the review to add CVM, noting that “every element of CVM’s program relates to the food system and food safety. This includes the drug approval program for food animals, which must ensure the safety of drug residues in human food and the regulation of animal feed, which can affect human and animal health.”

The review announced last month includes the Center for Food Safety and Applied Nutrition, the Office of Food Response and Policy, and “relevant parts of the Office of Regulatory Affairs,” FDA said. 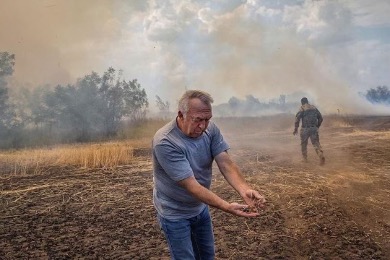 Fires are plaguing wheat fields in parts of Ukraine. (Kip Tom, former ambassador to the UN food and agriculture programs, forwarded these photos from a contact)

Organizations on the letter include the Consumer Brands Association, FMI-the Food Industry Association, Environmental Defense Fund, Consumer Reports, and the Association of Food and Drug Officials. They repeated their call for Califf to appoint a deputy commissioner “to lead a unified foods program.”

Ukraine hopes to export $20 billion in ag goods this year

Ocean-going vessels are arriving and leaving three ports in Odesa thanks to the safe passage agreement, and Taras Vysotskyi, Ukraine’s deputy ag minister, says he believes the country can export $20 billion worth of corn, wheat, sunflower seed oil and other ag commodities this year, even as the war with Russia rages on.

"We have dozens of applications from other countries,” he said Tuesday. “And this is confirmation that ship owners and traders believe that the grain agreement will be fulfilled under international patronage. The world needs food from Ukraine.” 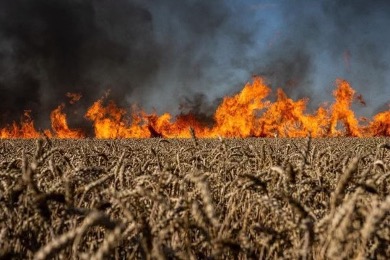 Vysotskyi says the three Odesa ports, now open for trade under the deal reached by Ukraine, Turkey, Russia and the United Nations, will be able to load 80 ships with 3.5 million tons of farm goods per month. That’s down from a 5-million-ton capacity before the war, when all of the country’s Black Sea ports were operating.

There was a complication, however, in the first days of the trade reopening. Tripoli has rejected a shipment of Ukrainian corn that was stuck in a ship’s hold for five months in Odesa, according to a series of tweets from the Ukrainian embassy in Lebanon. That corn has been diverted to Turkey.