Port congestion may be accelerated by urban-rural divide, ZEV mandates and AB 5 uncertainty

Congestion at shipping ports in the West has put a spotlight on existing regulatory hurdles that farmers and other exporters have faced for years. Markets have responded to higher regulatory costs by focusing on the most profitable exports—favoring urban exporters for their proximity to ports or even returning with empty containers.

Potential long-term solutions, such as the construction of inland ports, require significant government investment. According to industry, port operators and truckers are already struggling under the cost of new zero-emission equipment to meet the state’s climate mandates, as well as the fallout from ongoing battles over the state’s independent contractor law.

The nation imports far more than it exports, which accelerated during the pandemic, creating fierce competition for shipping containers and space on cargo ships.

“Our vessel productivity…is up 50% year-on-year,” explained Gene Seroka, president of the California Association of Port Authorities, at a meeting last week of the State Board of Food and Agriculture. “But we still can't handle all of this cargo coming in.”

The import surge has led to ports operating in excess of 100% capacity, when marine terminals traditionally function at 80%. Seroka said retail purchases doubled in just 11 months, leading to retailers ordering “a tremendous amount of goods” and to more than 2 billion square feet of warehouses throughout the state overflowing with imported goods. Containers sit at the terminal waiting for warehouse space, and ships take more than twice as long to unload and reload.

Mike Jacob, vice president and general counsel at the Pacific Merchant Shipping Association, which represents ocean carriers and marine terminal operators, said the surge has led to shipping volume that is 120% more than a year earlier. He described it as a tsunami.

“You have a quick withdrawal from the shore and then it's followed by a wave crashing upon you that we weren't prepared for,” said Jacob, adding that he was very aware of the frustration directed at the level of service from the shipping companies in his association.

Peter Friedmann, the executive director of the Agriculture Transportation Coalition, said the congestion has led to an increase in detention demurrage, the charge ocean carriers levy when an importer does not pick up a container on time. The Federal Maritime Commission (FMC) is investigating the issue, since carriers have allegedly levied the fees even as the ship is delayed due to congestion. Friedmann said the fees have effectively doubled ocean freight rates and put a number of small importers out of business. The coalition is proposing legislation to “put some teeth” into the FMC enforcement, which has gained the support of 140 Congressmembers. 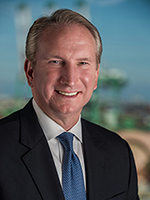 Gene Seroka, executive director of the Port of Los Angeles

John Larrea, who directs government affairs at the California League of Food Producers, said some of his members have had up to 90% of their export bookings declined, which adds about six more weeks for each rebooking.

Board member Andrew Thulin, the dean of Cal Poly’s College of Agriculture, Food and Environmental Sciences, said some researchers at his campus have reported that it has not been worth the demurrage time of the carriers to have containers sent to the Central Valley to fill up with agricultural products and then be shipped back.

“We've been an import-dominated market for the better part of five decades now,” said Seroka, explaining the longstanding imbalance.

While imports go to major metropolitan areas, where many Americans live and shop, exports tend to come from rural parts of the country.

“We've got to find a value proposition for the California exporter,” he said. “We have to show that value to the asset provider, the transportation company, the shipping company.”

Friedmann noted that the cost of a container for exporting agricultural products may be as little as $700, while importers are desperate to pay as much as $15,000 for a container.

“We strand such high volumes of cargo that we're probably leaving about 30% of our exports here in the U.S.,” he said. “We cannot export it, can't ship it.”

The issue is further exacerbated by local land use policies. Weston LaBar, CEO of the Harbor Trucking Association, noted how industrial property that could be used for processing containers is being converted for more profitable operations, such as cannabis cultivation.

Seroka said this type of pressure means ports are unlikely to expand on their existing property and must instead become more efficient in moving cargo with the space they already have.

Along with space for cargo, truck parking is another issue. Eric Fredericks, who heads the sustainable freight branch of the California Department of Transportation, said throughout the state more than 400,000 trucks per day are parking in unauthorized areas. The ports of Los Angeles and Long Beach have no public truck parking facilities within 60 miles. This presents further issues as the state transitions to battery electric technology in trucks.

CDFA Secretary Karen Ross called for creating a coalition to further drill down on solutions. She brought up the idea of capitalizing on the federal infrastructure package by developing an inland port in Merced County that could focus on transferring the loads, easing pressure on ports in the Bay Area.

“This is really vital to the long-term viability and potential of jobs in different places for historically underserved communities,” said Ross.

Seroka pointed out that President Joe Biden’s American Jobs Plan sets aside $621 billion for transportation, with $17 billion for ports specifically. Another $175 billion would be for electric vehicles.

“Even a small carve out for those Class A heavy duty trucks and the necessary infrastructure would be very intriguing to us,” he said, adding that the $100 billion for digital infrastructure could help to propel an advanced logistics system for inland ports, and another $50 billion offers hope for grid resiliency.

According to Jacob, the inland ports idea has been circulating for about 20 years in California, but the shipping rates, based on supply and demand, would not reflect the overhead cost of the system.

“We can't change those things,” he said. “We would love to have more assets, more focus on trade and more people prepared to do shipping abroad.”

LaBar said it would take major investment from the state, since short-haul rail companies need at least 850 miles for such an inland port to make financial sense—meaning even Reno, Nevada, would not be far enough away. He also worried that such projects would be bogged down by an environmental review process that has been known to stretch out 17 years or more.

His association members, meanwhile, are investing any profits into near-zero and zero-emission trucks to meet new state mandates aimed at cleaning up the abysmal air quality in vulnerable communities along the South Coast. He argued that focusing just on zero-emission vehicles, which is yet to be commercially available for trucks, would stall growth at the ports and limit capacity. 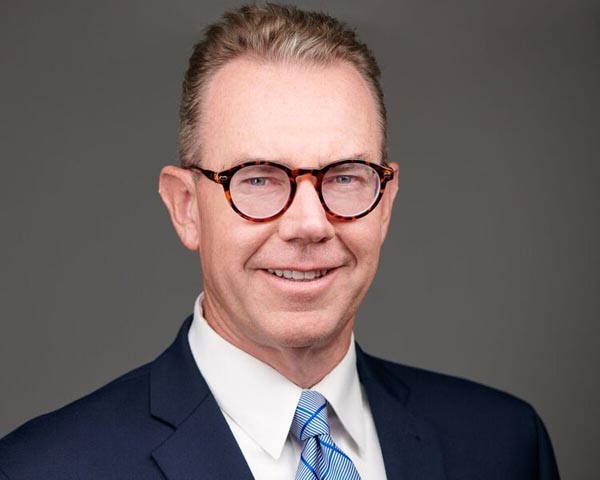 “All of our policies should be geared towards making our ports the most competitive, because they are the cleanest ports in the world,” said LaBar. “It's not a climate change policy to have freight moved through other gateways.”

Seroka said this adds pressure to the electrical grid as well.

“We had to unplug our ships last summertime due to the unfortunate wildfires, which really took away a lot of power generation at our ports and created more emissions,” he said. “We need that base infrastructure.”

Board member Donald Bransford asked officials from the Newsom administration if the deadlines for those ZEV goals could be extended due to the lag in technology.

“Money doesn't solve the problem if you don't have a regulatory framework that can produce results in a shorter timeframe than we have now,” said Bransford.

Frank Ramirez, who oversees goods movement and sustainable freight in the governor’s Office of Business and Economic Development, referred to a sustainable production plan the office has been developing in partnership with a professor at the University of Southern California. It will look at how state actions impact the economic competitiveness of the freight industry and is just a couple months away from producing the first results. He recognized that this sort of economic modeling could be applied to agricultural regulations as well.

Labor strife has led to inefficiencies at ports as well and a 20% decline in market share over the past 20 years, said Seroka.

Friedmann explained that U.S. ports do not operate around the clock like ports elsewhere in the world, instead employing workers about nine hours a day for four days a week—an issue his coalition has been working on across the aisle.

“It's a little entertaining to get to work with [the International Longshore and Warehouse Union], who are very strong with the Democratic delegations on the West Coast,” said Friedmann. “And with you as agriculture exporters, who are also very tight with Republican delegations along the West Coast.”

He claimed ocean carriers have not been bothered by cargo backing up due to the labor costs.

“It's crazy the hundreds of thousands of dollars they have to pay while their ship is just sitting offshore,” he said, “as opposed to paying for the longshore labor to work at night.”

California ports are also behind in automation, according to Friedmann. Asia and Europe, on the other hand, have fully automated ports, which lowers labor costs as well.

AB 5, the independent contractor law signed by Gov. Gavin Newsom in 2019, has added further confusion around labor laws. The California Trucking Association (CTA) sued and won an injunction for owner-operators. That decision was recently overturned and LaBar expects CTA to file for an appeal. But if the decision is confirmed by the U.S. Supreme Court and the law does apply to truckers, “there could be irreparable harm to the supply chain and the way that goods move,” he said, arguing it would force drivers to be employees.

“Many of these drivers have expressed interest in going to Houston or going to other ports that have cheaper cost of living and don't have the same environmental and labor regulations,” said LaBar.

Larrea said the cost of low emission trucks is contributing to a driver shortage for the harvest this year.

“It's just too expensive for them,” he said. “We're not going to see the same amount of subhaulers here.”

Port regions in Georgia, South Carolina, Texas and Virginia are not having these conversations on labor and environmental issues, said Friedmann, who has found that leaders in those states are instead asking what they can do to expand port capacity.

For the immediate challenges, the import surge has declined somewhat since March, but will likely continue through at least the end of summer and possibly longer, according to Steve McCarthy, who leads regulatory affairs at the California Retailers Association.

This week’s Open Mic guest is Chris Novak, president and CEO of CropLife America. The crop protection industry is working to overcome challenges on a number of fronts to provide an adequate supply of products for farmers in the 2022 crop year. Chris Novak says CLA members are dealing with the aftermath of Hurricane Ida, labor issues, ingredient availability as well as shipping and transportation hurdles. Novak says the industry is challenged by a domestic regulatory structure that struggles with the weight of public scrutiny and a lack of trust of approved science for crop protection tools farmers need to sustainably meet the challenge of providing food, fiber and fuel for the nation.