The upcoming election could further shrink Democratic representation of rural areas in the House of Representatives, making it more difficult to find lawmakers who want to advocate for agriculture and get the attention of regulators in a Democratic administration.

That's according to Syngenta’s top lobbyist, Mary Kay Thatcher, who spoke to reporters at the company’s media summit Monday.

Democrats represent only eight of 70 congressional districts that are considered “pure rural,” but that number could fall to four after Nov. 8. At one time, there was a group of over 30 centrists Democrats who primarily represented rural areas as part of the Blue Dog Coalition. Their coalition had an impact in Congress and with the White House.

Thatcher said it’s fairly easy to get Republicans to sign a letter to the Environmental Protection Agency on pesticide regulatory issues, but during the current Democratic administration, “What I really have to do is go to [Capitol] Hill and find some Democratic members who care, and as that number shrinks and shrinks, it's getting harder and harder to do.”

That's despite a renewed nationwide focus on food security, following the pandemic and most recently, the Russian invasion of Ukraine and food inflation.

Crop protection issues continue to be a big concern for U.S. growers and are particularly controversial as EPA weighs restrictions on atrazine, Syngenta’s flagship herbicide, as well as on dicamba. In the U.S., glyphosate continues to be a subject of litigation, while Mexico moves closer to banning its use within the country and on imported GMO corn. Without crop protection tools, growers fear they be at risk of lower yields and productivity. 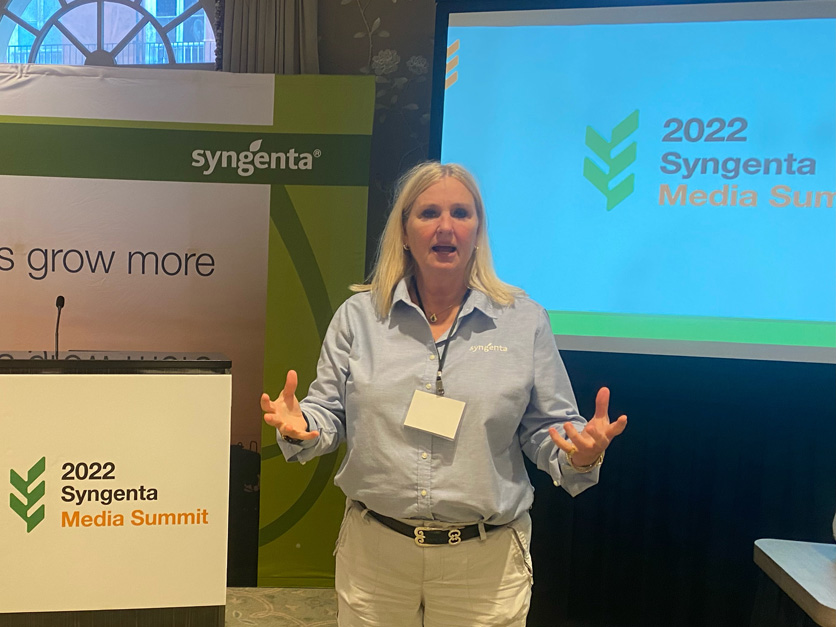 Thatcher said she was initially pleased with the way the Biden administration began working with the industry, specifically citing its response to complaints about restrictions on Enlist products.

But “it felt like eight or nine months ago, the sky kind of fell in. And I have to believe that a big part of that was, the administration saw there was a really good chance they were going to lose either the House or the Senate," Thatcher said.

That understanding, she added, made federal officials realize "it was going to be really hard for them to move forward and get done what they need to get done,” leading to a greater emphasis on administrative action than Capitol Hill cooperation.

The comment period recently closed on EPA’s proposed atrazine restrictions, which if implemented would place onerous conditions on the use of the product by corn and sorghum farmers, Thatcher said, citing specifically a proposed requirement that atrazine cannot be applied when rain is forecast in the next 48 hours. That type of restriction would be almost impossible for growers to implement in a workable fashion, she said.

“On my farm in southern Iowa, I've had the local weatherman tell me it's going to rain for three weeks,” she said. “It never does.”

According to the EPA, the cost of atrazine alternatives would be about $42 per acre.

EPA also has tried to address drift and volatilization issues associated with dicamba use by imposing extensive mitigation, and more is likely in store, she said. “I just cannot believe that we will get by without more dicamba restrictions in the next year,” she said.

On Mexico’s plans for glyphosate and GMO corn, farm groups and companies have tried without success to get both the Trump and Biden administrations to raise the issue with Mexican President Andrés Manuel López Obrador, Thatcher said. Several times during the previous administration, it looked as if former President Donald Trump would bring up the issue, but he never did.

“It is a major problem and it is coming at us like a freight train,” Thatcher said, mentioning the January 2024 deadline for the Mexican actions.

Looking to the midterm elections, Thatcher said the shrinking number of Democrats in rural districts also becomes an issue when it comes to filling membership on the Agriculture Committee. In more recent years, Democrats on the Ag Committee have been more interested in nutrition programs than farming issues, providing farm groups with a great opportunity to educate.

Thatcher expressed doubt the farm bill would be done by the statutory deadline of Oct. 1, 2023, but remains optimistic that a farm bill will get done. She noted that,  “There are still lots of hearings to be held."

The big challenge for the new legislation will be a lack of new funding. “If there is no more new money in the farm bill, it is going to be very difficult to satisfy everyone's wants. It always is,” she said. At the same time, it could ease the process of writing the legislation.

As an example of how agriculture cannot escape the discussion about the federal debt, Thatcher took note of a recent House Republican Study Committee proposal that targeted farm programs for cuts in order to balance the budget.

Among other recommendations, that plan calls for ending the sugar, dairy and export promotion programs and eliminating Price Loss Coverage and Agriculture Risk Coverage subsidies.

“All of these things in the farm bill would be pretty darn big hits for us,” she said, adding a reminder that agriculture “is not a partisan issue. It's bipartisan. It's never really Democrats versus Republicans when we think about these ag issues, it's far more urban, suburban, and rural, etc.”